The ZZ Plant (Zamioculcas zamiifolia), also known as the Zanzibar Gem, grows natively in Eastern Africa, a semi-arid area that can be prone to drought. Therefore, ZZ plants are able to survive on little water, so don't worry too much if you accidentally forget to water it on occasion!

It stayed in its native environment until 1996, when it was first introduced to the rest of the world by Dutch plant nurseries that were based in South Africa, so it is a relatively 'new' plant that has since exploded in popularity and is a favorite in homes and offices all over.

During a NASA study, ZZ plants were found to be one of the most effective plants at removing toxins from the air - something that has inevitably contributed to its popularity as a house plant. 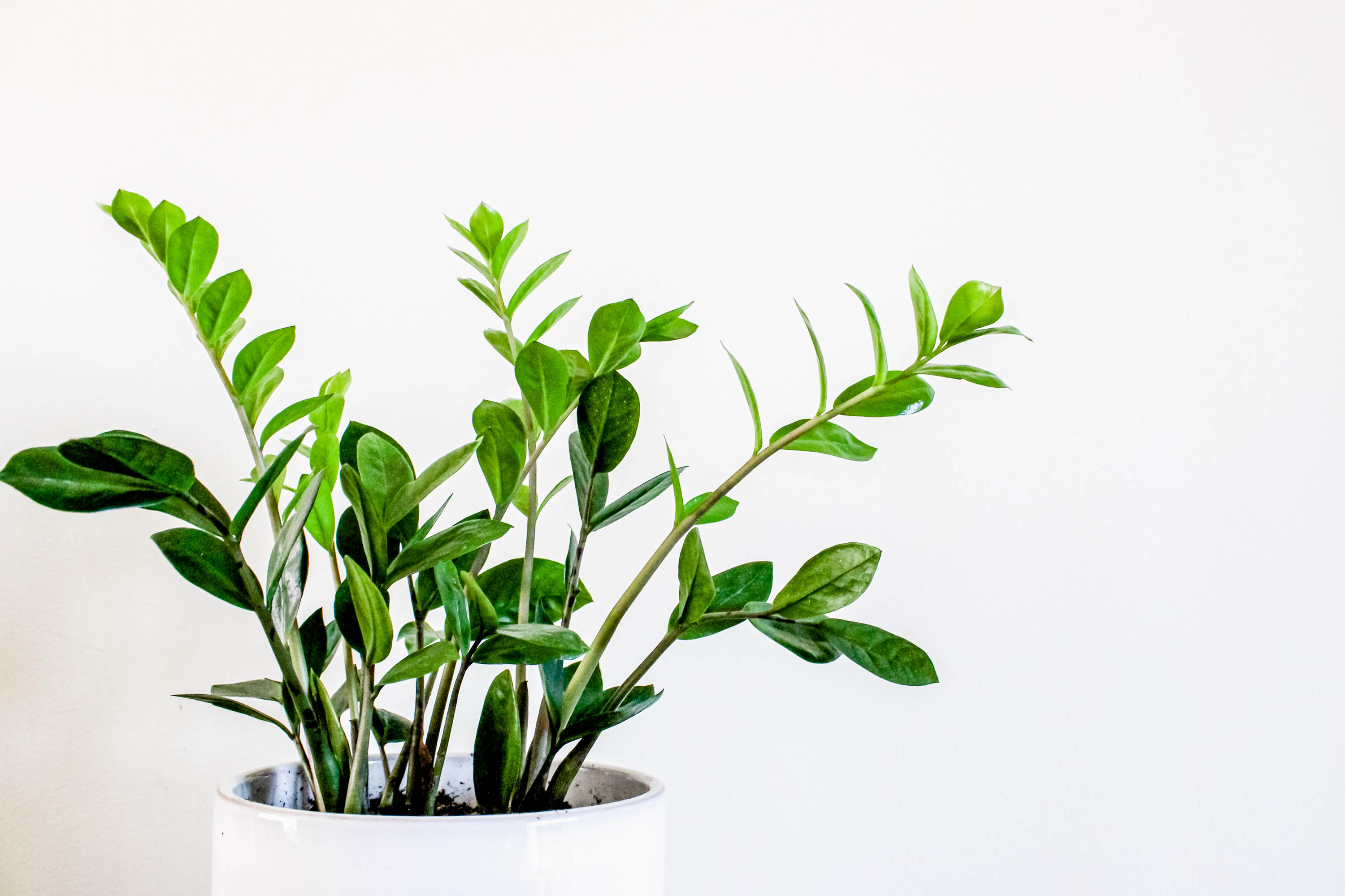 ZZ plants are simple to care for and can put up with a little neglect, making them a great option for an office plant or for someone who likes to travel a lot. They're also very resistant to pests and diseases.

Light or shady spot? Doesn't really matter for ZZ Plants as long as you don't water them too much. 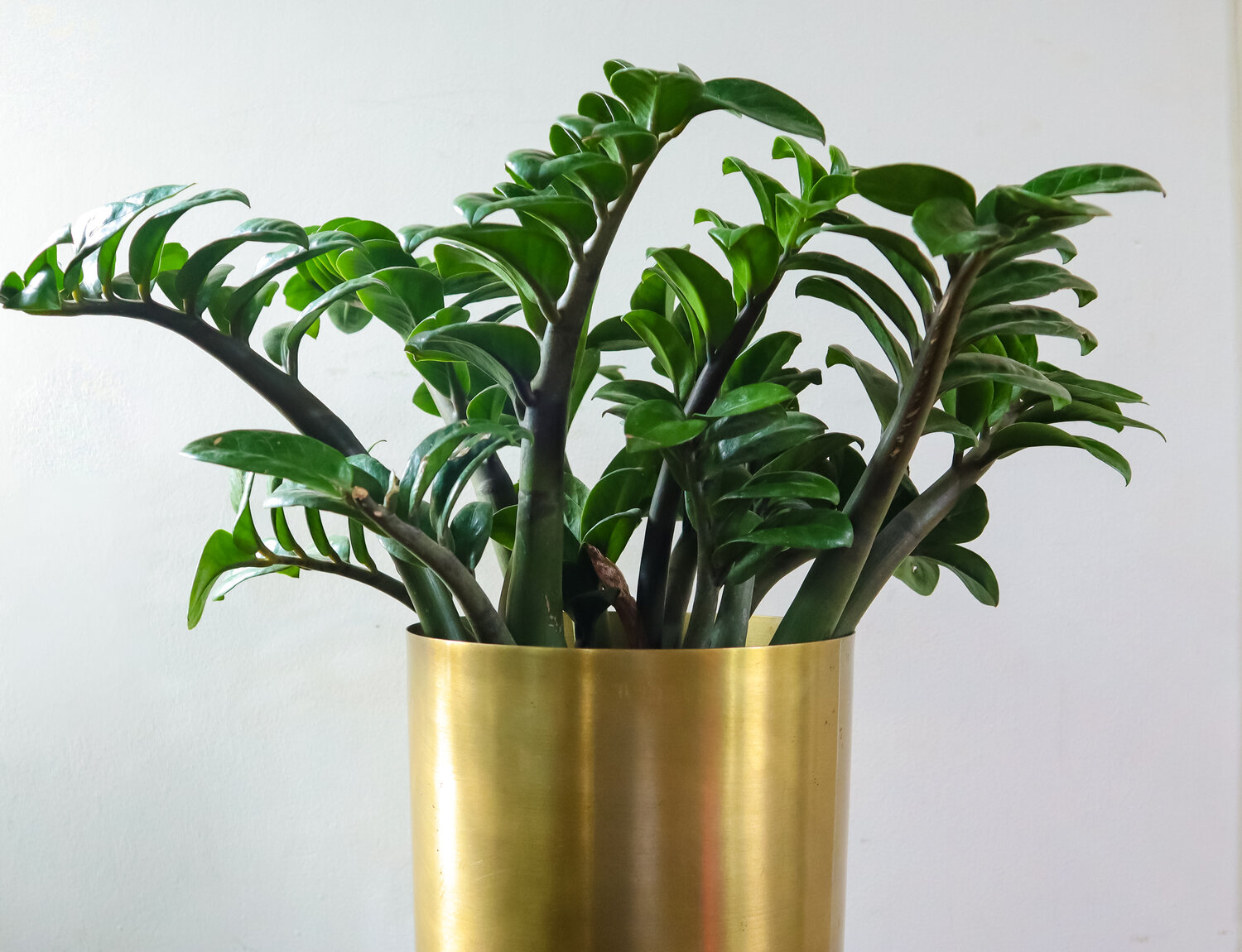 These plants are designed to store water so that they can easily survive through periods of low to no rainfall. They do this by storing water in their roots, which have evolved to form a rhizomatous root system. Rhizomes are thick, bulbous underground stems that look a bit like a potato - you'll probably notice this if you repot or propagate your ZZ plant.

HOW TO PROPAGATE YOUR ZZ PLANT

ZZ plants can actually be propagated in several different ways! The easiest way is via division. For this, you need a mature ZZ plant that already has multiple stems. Then, all you need to do is gently remove the plant from its pot and separate the stems - make sure not to damage the roots. You should also check that your newly separated stem has its own roots and leaves on it in order to give it the best possible chance of thriving as a new plant. Repot it in its own container with fresh soil, and keep an eye on it to see how it settles.

Another method is to take a stem cutting. This should be at least 2 inches (5 cm) long with a few leaves on it. You can then either place it in soil or water.

Finally, you can actually propagate a ZZ plant using just a single leaf! This is a fun way of being able to potentially achieve multiple new plants from one mother plant. It can act as a nice introduction to propagation if you're new to it, because even if something goes wrong, there is very minimal damage to the original plant and you can just try again.

To do this, you should carefully pinch off one of the leaves from a mature plant - try to pinch it as close to the base as possible, and make sure the leaf you choose looks healthy and happy. As above, you can then choose to either put it in a small glass of water, or you can plant them into some soil. If you're new to propagating, we'd recommend giving the water method a try, as it's a fun way to be able to see the new roots growing.

Of course, the leaf method will take much longer to produce a mature plant than the other methods, as when you propagate by division or cuttings, you're essentially taking an already established plant whereas using a leaf is starting completely afresh. Why not give each of them a try at some point? (Just not all at the same time - give your mother plant a chance to rest and recover in between, especially if you're using the division method!)