Dionaea muscipula, commonly known as a Venus Fly Trap, is native to North and South Carolina where it grows in boggy areas along the coast. Its natural habitat is very small, not exceeding a 90 mile (144 km) radius.

Unfortunately, though, the destruction of this natural habitat has left the plant extinct in most of its home environments. However, its popularity as a houseplant means that it will be preserved even if it ceases to exist in the wild. In fact, it's the most popular carnivorous plant.

Charles Darwin is quoted to have said that the Venus Fly Trap is "one of the most wonderful [plants] in the world". 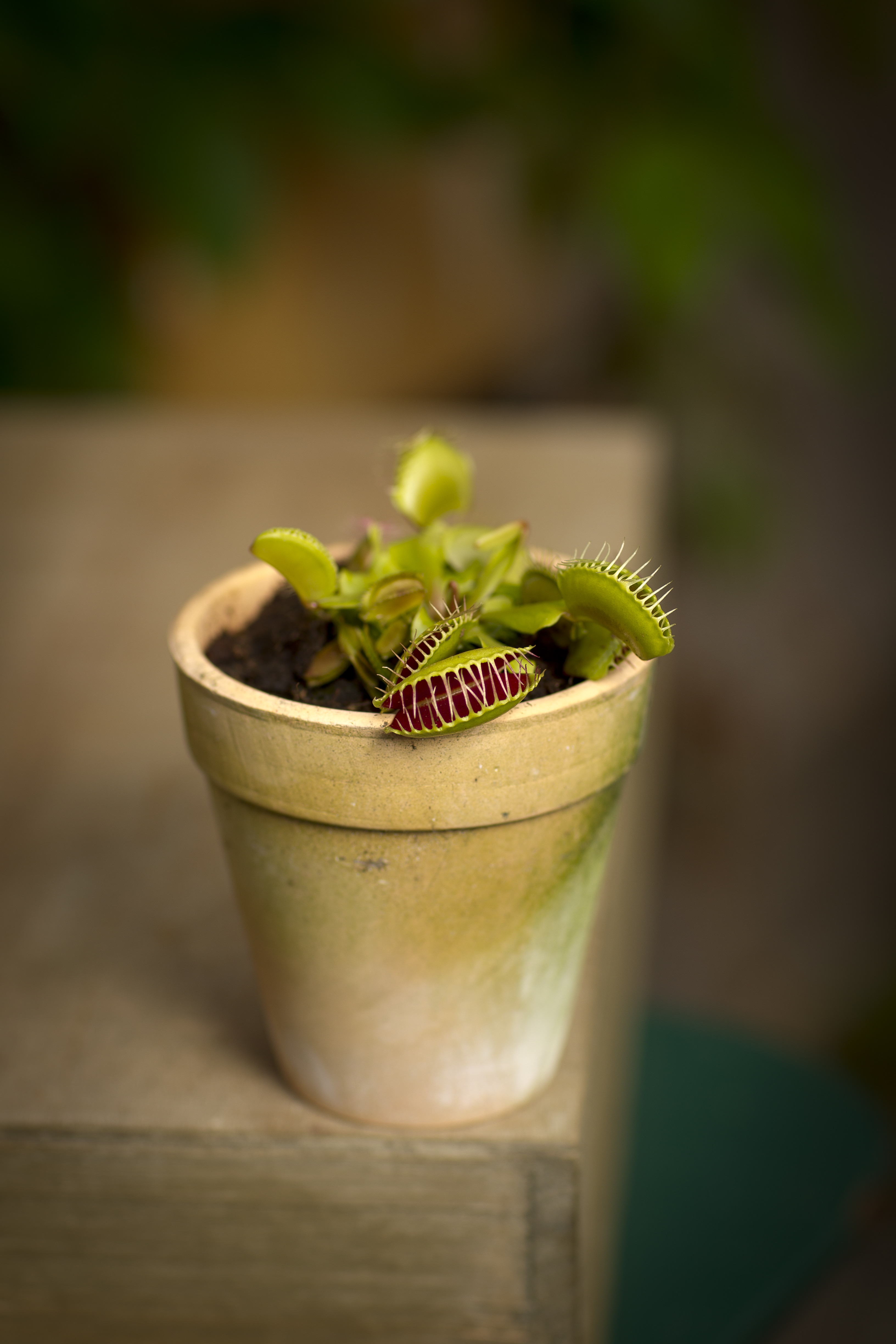 Never, ever water it with tap water or fertilizer since that can kill it almost instantly.

Like other carnivorous plants, Venus Fly Traps are very sensitive to the minerals that build up in tap water. This is because they have adapted to living in nitrogen-depleted, low-nutrient soils. Therefore, it's best to water them with distilled water or rainwater. As they've evolved to survive with low amounts of nutrients, this also means that fertilization is unnecessary.

They like to be kept damp (although it's always important to avoid overwatering), so it's a good idea to check the soil regularly.

Additionally, they need plenty of sunlight - ideally around 6 hours of full sun a day, and a minimum of at least 4. It's also tolerant of summer heat, so you can safely place it on a windowsill that gets full sunlight.

Dormancy Venus fly traps usually goes dormant during the winter months as the days are getting shorter. It's not actually the temperature that will force it to dormancy (like many other plants) but the amount of light. If the temperature also drops the growth will slow down. This might sound a bit sad but resting is actually natural for them. The leaves can however start to look really sad (or even turn black) during the winter months but no need for panic! Keep taking care of it, let it know from time to time that it's still pretty and it should hopefully bounce back in time for spring.

You can of course also move it to a spot with colder temperatures but even temperatures around normal room temperature will work perfectly fine. 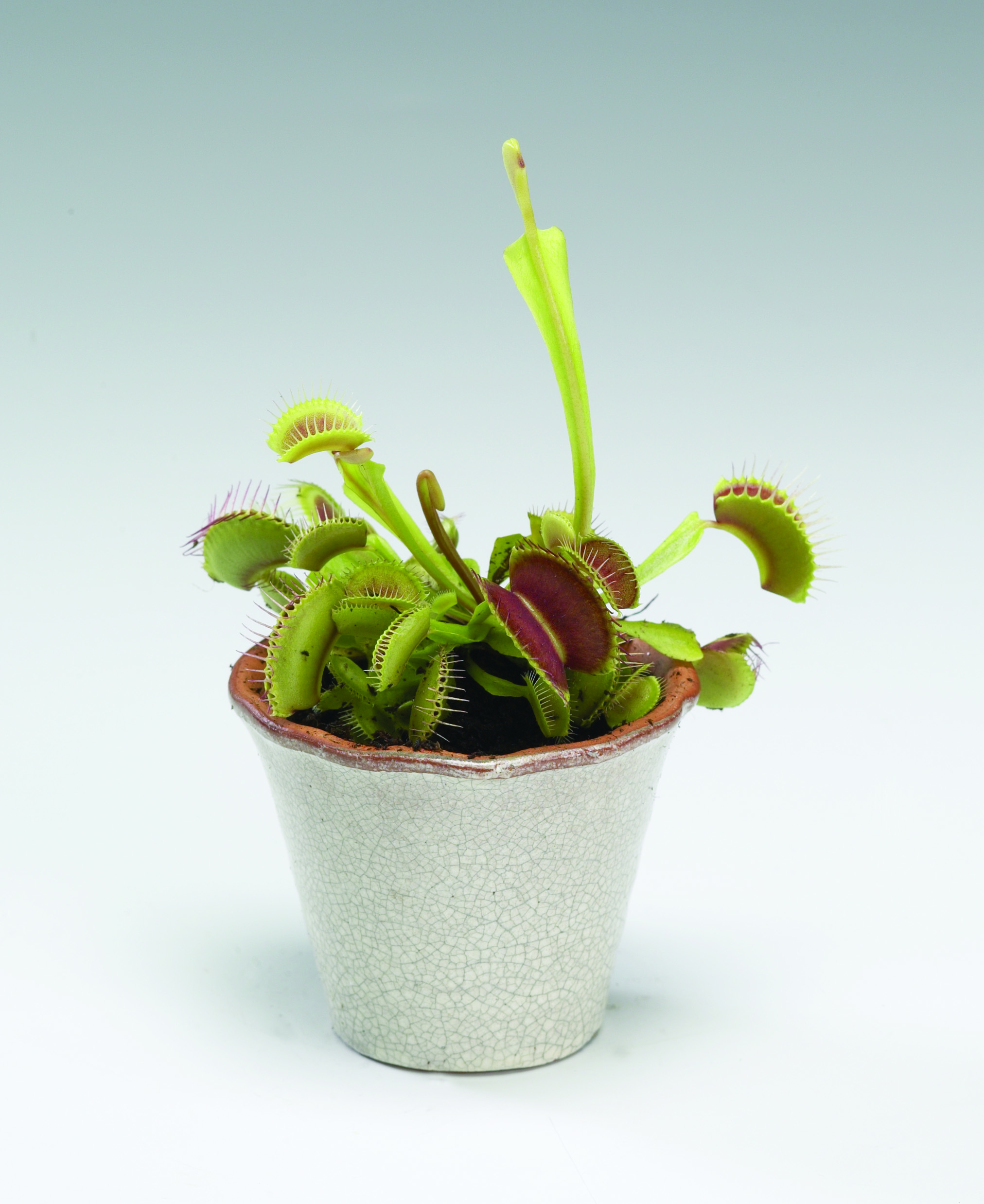 This plant can produce small white flowers that are able to self-pollinate!

Venus Fly Traps are also able to feed themselves. They do this by attracting insects using a sweet nectar. Then, once an insect lands on their pad or hairs, an electrical impulse triggers the plant to close its trap, forming an interlocking cage that prevents the insect from escaping. It is then able to break down its food using digestive enzymes.