The 'Tillandsia caput-medusae' Air Plant is a fuzzy-looking plant belonging to the diverse Bromeliaceae family. This means that one of its close relatives is the Pineapple!

Its name means 'Head of Medusa', alluding to the villainous Medusa from Greek Mythology - she had hair made out of venomous snakes and could turn people to stone with one glance. This Air Plant's snake-like leaves are reminiscent of Medusa's hair, but luckily you can admire this plant for as long as you want without having to worry about being petrified! 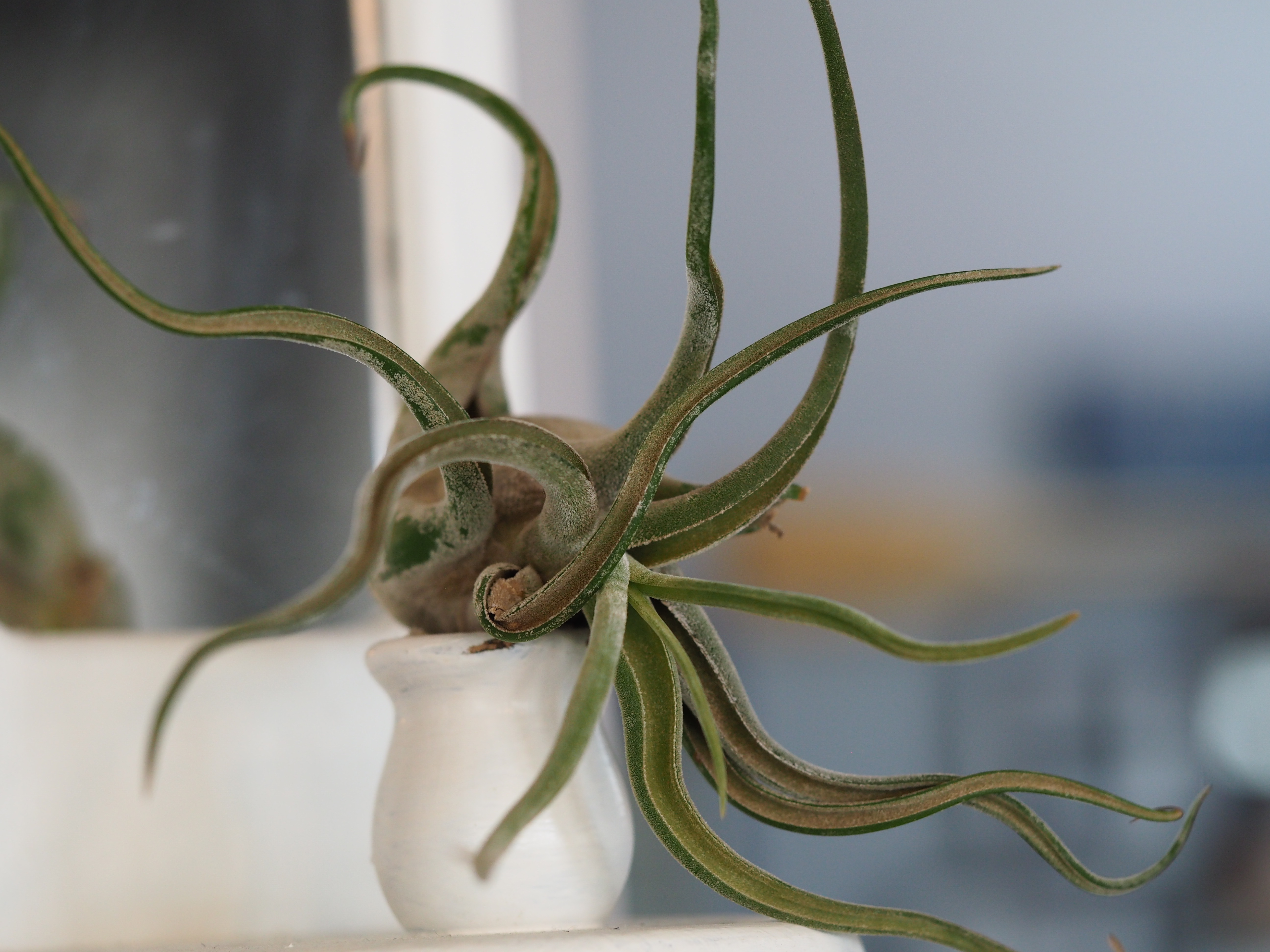 Air Plants are so-named because, unlike 'normal' plants, they derive their nutrients from the air around them rather than from soil. This means that they don't need to be planted in any substrate. In the wild, these epiphytic plants attach themselves to trees, using them as support. This doesn't harm the trees at all, as the Air Plant doesn't leach any nutrients from them.

When growing your Air Plant as a houseplant, you'll need to provide it with a similar type of support for it to anchor itself on. Ideally, this should be something waterproof (as Air Plants need regular misting) and robust enough that it won't collapse under the weight of the plant.

You should water your Tillandsia caput-medusae by misting it rather than soaking it. This plant uses its fuzzy trichomes to absorb moisture from the air. Make sure that water doesn't start to collect in the bulbous part of the Air Plant, as this can lead to rot. Try to ensure it also gets enough light - bright indirect light is best. 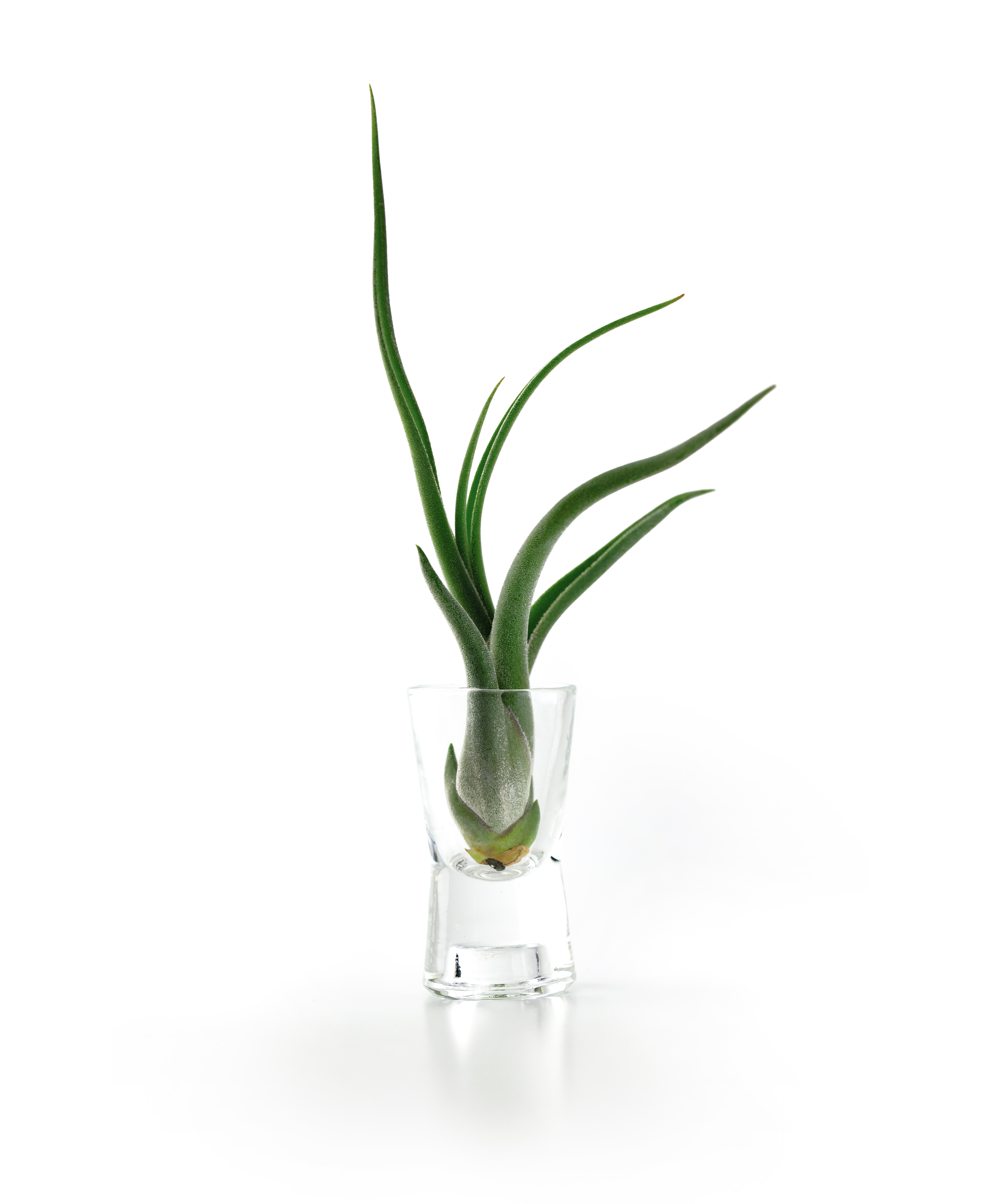 There are two main types of Air Plants: Xeric and Mesic. The Tillandsia caput-medusae variety of Air Plants are known as Xeric Air Plants. Xeric Air Plants are adapted to desert-like conditions, where their natural environment is arid, the air is dry, tree cover is sparse and the altitude is often high. Additionally, they're accustomed to fluctuating extremes of temperatures.

Mesic Air Plants, on the other hand, are found in the rainforest, and so are accustomed to moisture, high humidity and darker conditions.

One easy way to tell the two types apart is that Xeric Air Plants tend to be covered in 'fuzz' known as trichomes. These are actually scales that help protect the plant from being scorched by the sun, and that also help to regulate water intake. Mesic Air Plants are smoother and are more green in color (Xeric Air Plants can look a little gray in comparison).

Another fun fact about Tillandsia caput-medusae is that they are ageotropic - this means that, unlike other plants, they don't grow in response to gravity. This means that they'll grow straight regardless of whether you turn them or place them upside down or horizontally. This can make them a great addition to a display or terrarium.