Platycerium bifurcatum, commonly known as the Staghorn Fern, is an unusual and eye-catching plant that is so-named due to the shape of its leaves, which are said to look like the antlers of deer / elk.

These plants are native to parts of Asia and Australia, and are the only species from the Platycerium family that are commonly used as houseplants.

Like other ferns, the Staghorn Fern reproduces via spores. These grow on the edges of their fronds, and can make it look a little bit like your plant is dusty! 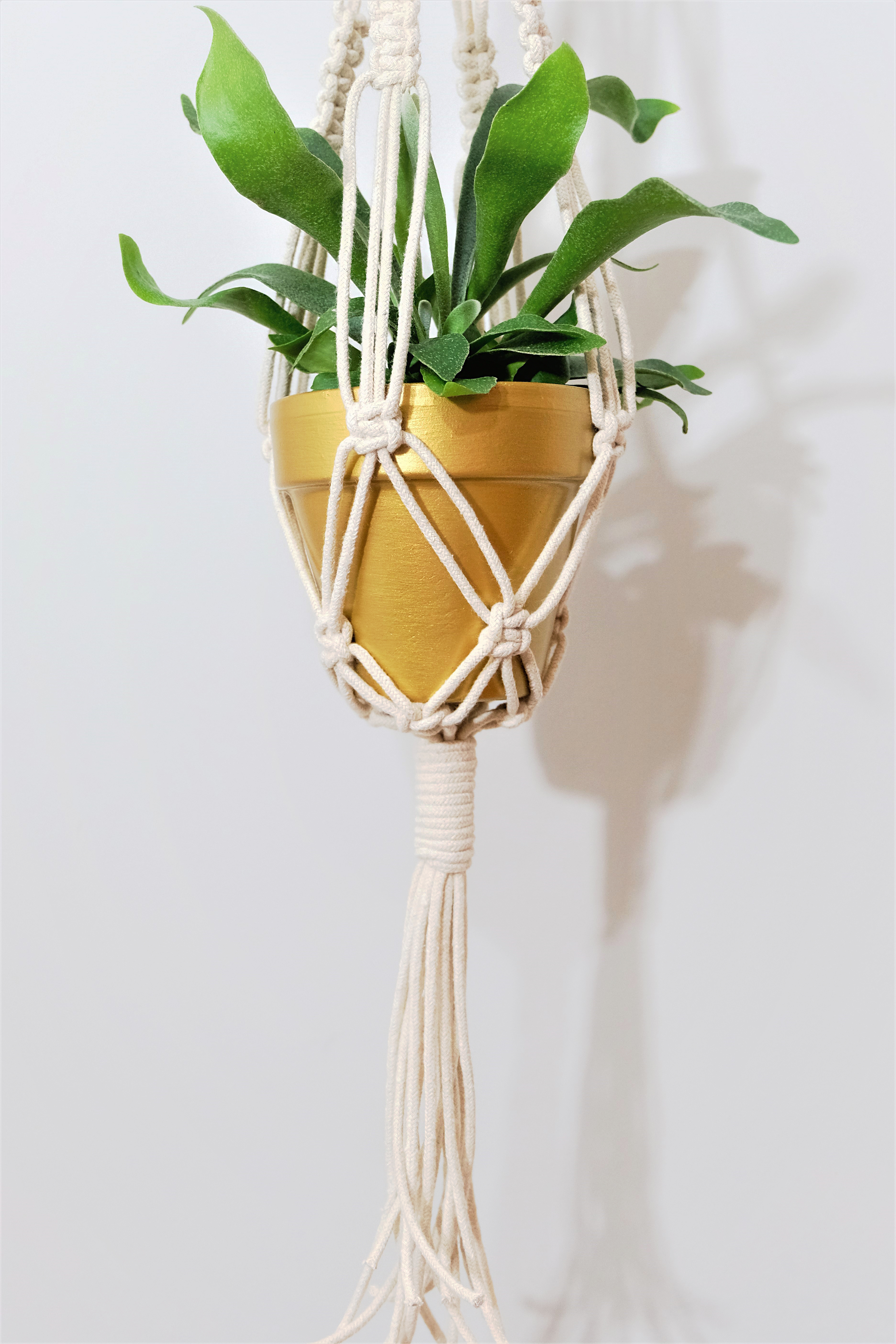 Staghorn Ferns are adapted to a rainforest environment, where they enjoy warm, humid conditions with dappled lighting. You don't want to expose your Fern to too much sunlight, as this can damage its leaves. In the wild, they're sheltered by the canopies of taller trees which help to block out the harshest of the sun's rays. Therefore, your Staghorn Fern won't appreciate direct sunlight. However, it is still important that they get enough sun - bright indirect light is best.

They don't require watering in the typical way. Instead, you can water your Staghorn Fern by misting it thoroughly or by removing it from its wall mount and soaking it in a sink. Don't let it get too wet though - these plants like moisture but won't appreciate being overly soggy, so make sure to let it air out before re-hanging it on the wall. Browning or black-tinged fronds are a tell-tale sign that your Staghorn Fern is getting too much water, so keep an eye out for these. 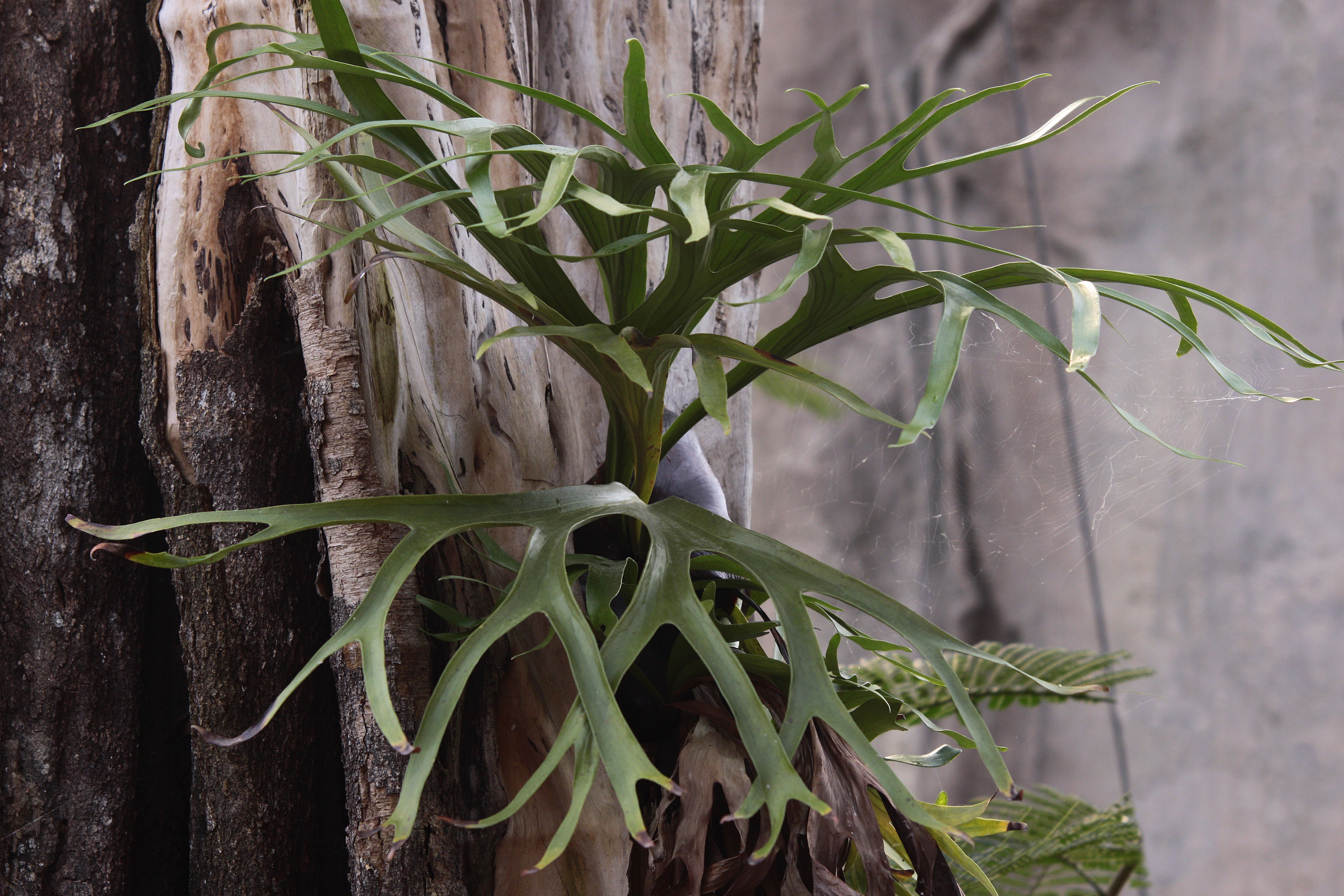 One really interesting thing about this plant is that it is both a fern and an air plant - they are epiphytic, meaning that they can take nutrients and water from the air around them rather than from the soil. In the wild, they're often found growing on trees. This doesn't harm the tree, as they don't leach any nutrients. Staghorn Ferns just use trees and other plants for physical support.

Indoors, Staghorn Ferns are often grown on wooden planks and mounted on the wall, like a leafy alternative to traditional mounted antlers!

Staghorn Ferns have two types of foliage - leaf fronds and shield fronds. The shield fronds look a bit like they're dead, in that they appear brown and dry-looking. However, you shouldn't remove them even if you don't like their appearance, as they're there to help protect your plant and to anchor it.