Rex Begonias are tropical plants with beautiful foliage. As such, unlike other begonias, these are typically grown for their leaves rather than flowers.

There is some record of fibrous begonias in Brazil being documented as early as the late 1600s, however, Rex Begonias in particular were first discovered in 1856, where they were found growing in the bases of orchid shipments to England. They've since also been found in other parts of South America as well as in Eastern Asia.

'Begonia' is named after the 17th Century French botany enthusiast Michel Bégon, and Rex is the Latin for 'king'. So it could be said that this variety is the king of begonias! 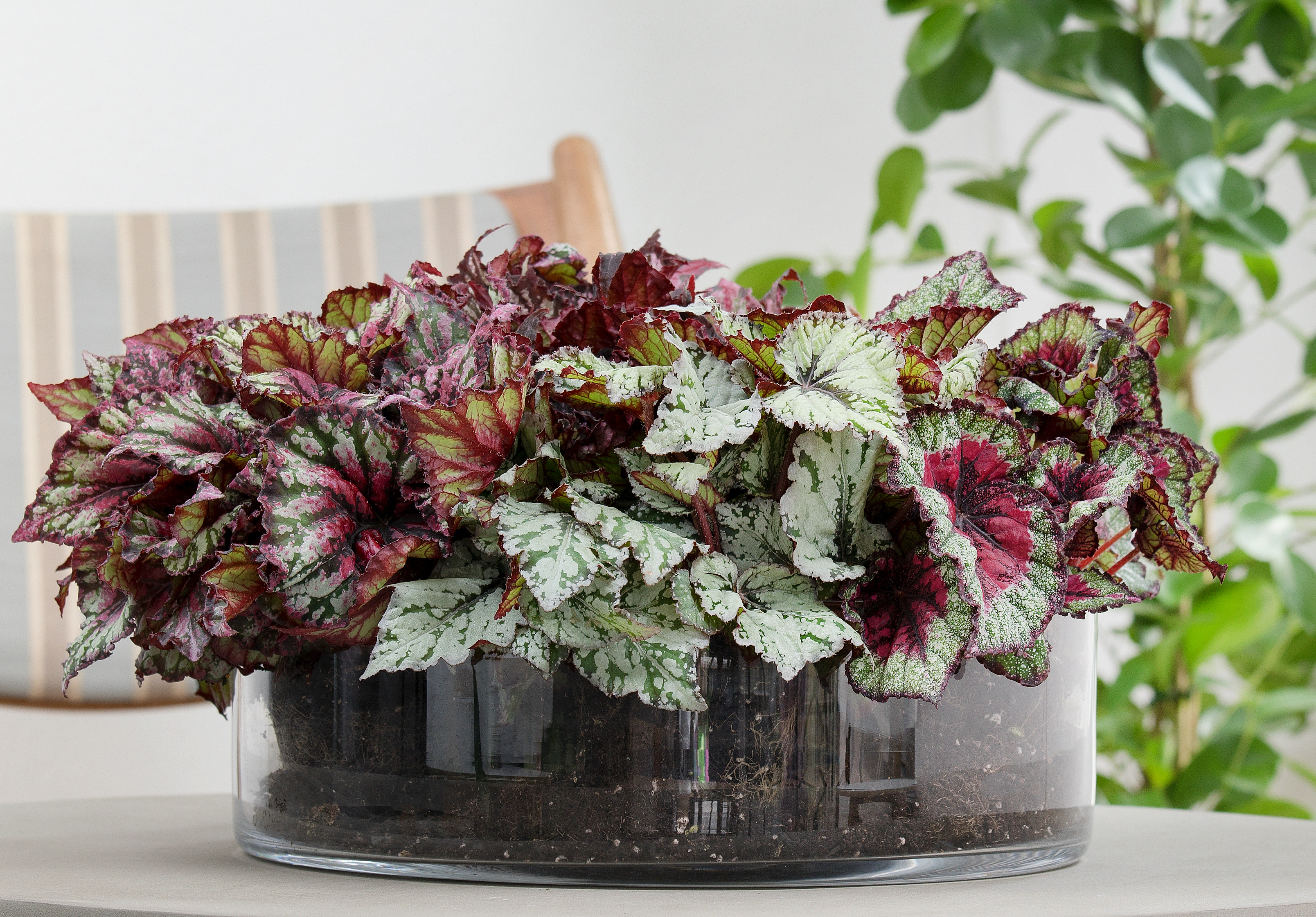 In comparison to other tropical plants, Rex Begonias are thankfully a bit easier to care for. The trickiest thing is perhaps finding the perfect balance between just enough water and not too much. However, once you've figured this out it's quite simple to keep your plant happy.

They like warm, humid conditions, so it may be necessary to boost the humidity around your Rex Begonia, for example, by using a pebble tray. They'll often do well in a bathroom setting, provided they get enough light. However, as much as they enjoy moisture, be sure not to let their soil get too wet - this plant can be sensitive to overwatering.

Never water directly onto the leaves and avoid splashing it with cold water as well.

Rex Begonias can be prone to developing powdery mildew, a type of fungus that can spread to your other plants if left untreated. This is why it's particularly important not to let the leaves get wet and to ensure that there is good air circulation around your plant. 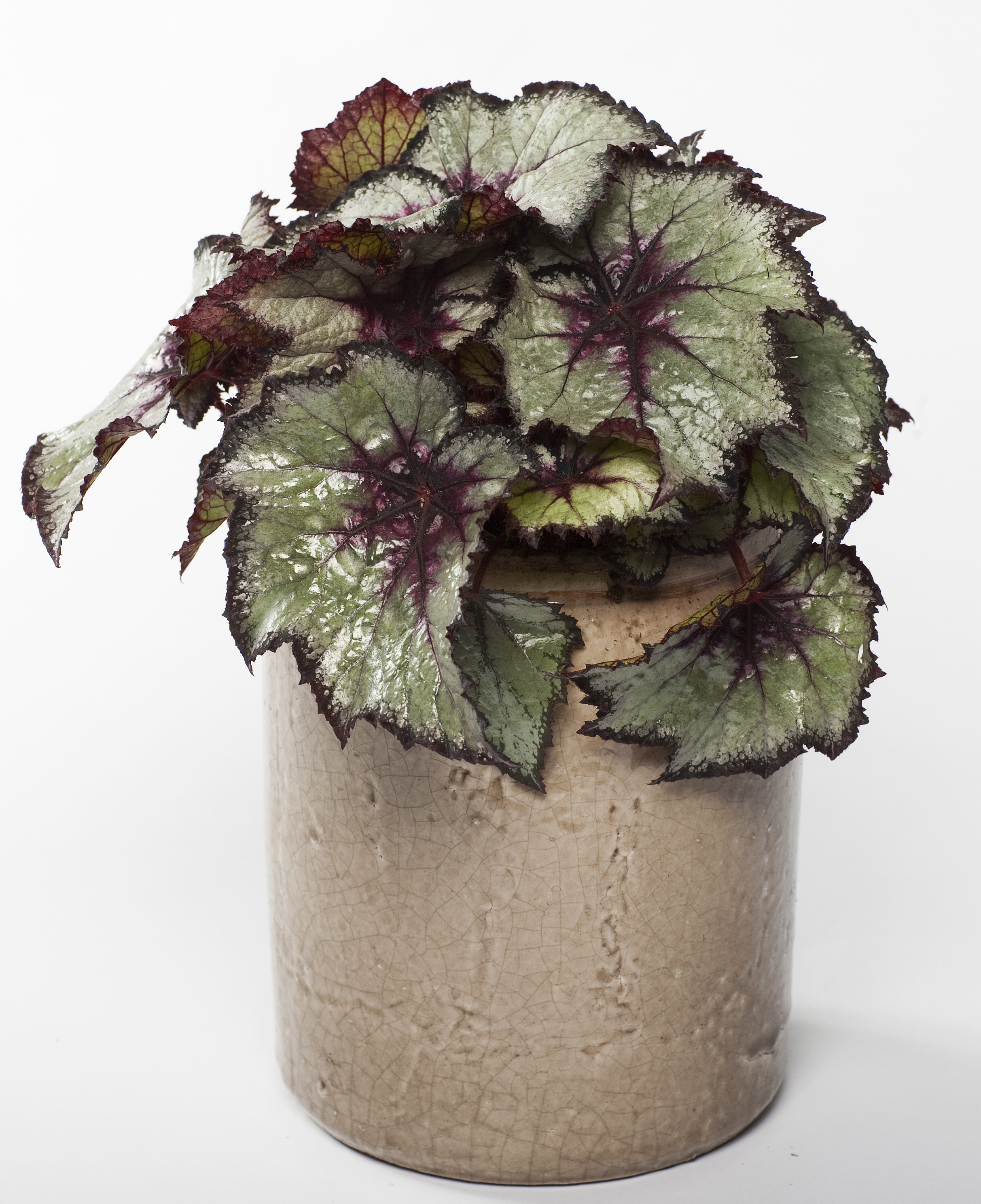 There are actually over 2,000 different species of begonia! They can vary quite greatly in appearance, with a variety of foliage and flower types.

Unfortunately, Rex Begonias are toxic to animals, so they're not a pet-friendly houseplant choice. Make sure to keep them well out of reach of cats and dogs.

They can reach a height of up to 1.5 feet (45 cm) with a similar spread, forming a shrub-like appearance. 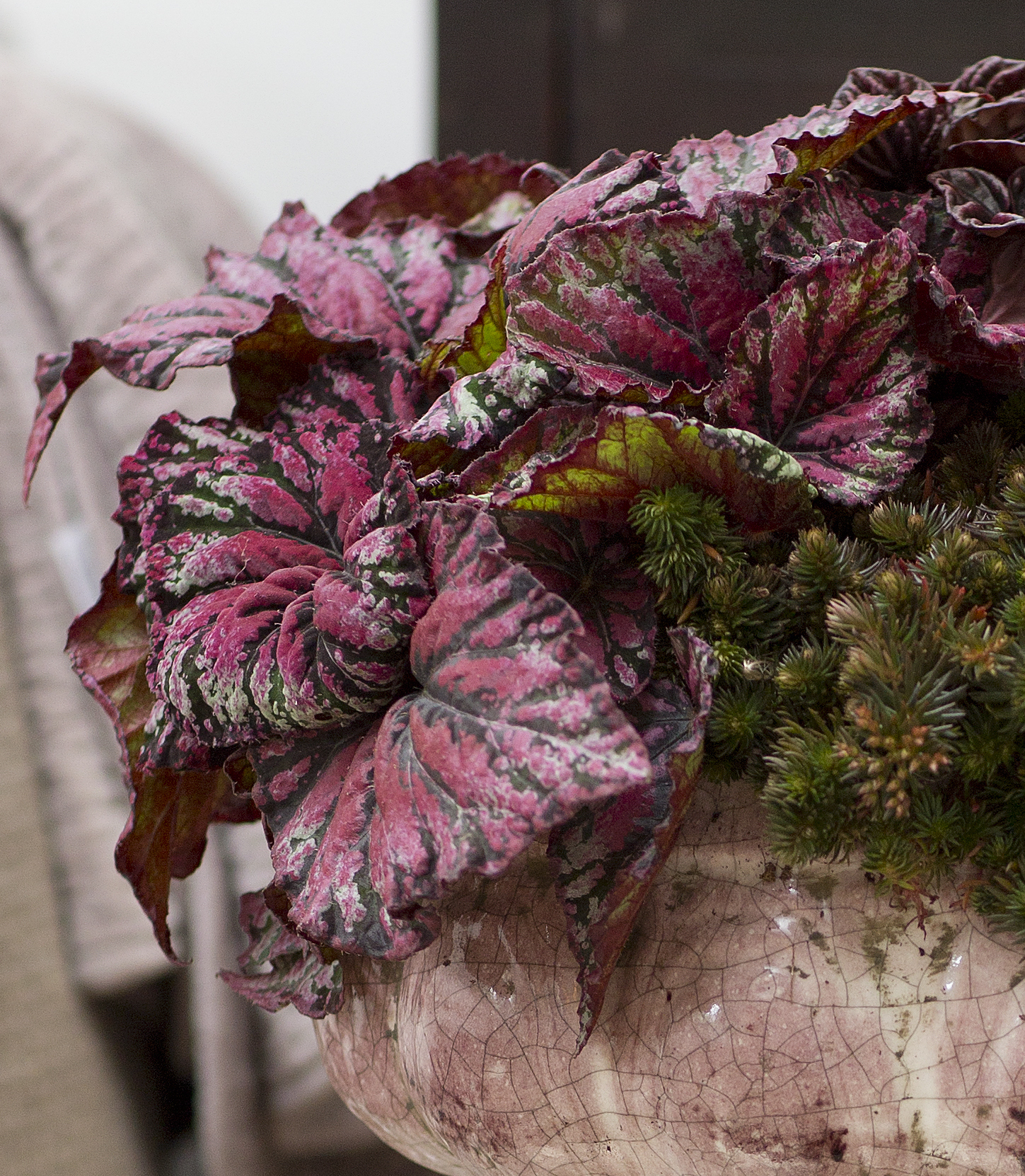