The Heart Leaf Philodendron (Philodendron hederaceum) comes from the same family as a number of other favorite house plants, such as Monsteras, Peace Lilies and ZZ plants. This is the Araceae family.

They're so-named due to their glossy heart-shaped leaves, which can grow rather large. Sometimes they are also referred to as 'Parlor Ivy', as they're known to climb vine-like along given supports. For these reasons, they can make wonderful decorative hanging plants.

These Philodendrons are from Central America and the Caribbean, typically found in tropical forests, although they've also been known to occur along riverbanks and in swamps.

It is said that the plant was first brought from the West Indies by Captain William Bligh in the 1790s, where he returned it to England and it then joined the collection at the Royal Botanical Gardens for some time.

The name 'Philodendron' derives from Greek, and essentially means 'tree hugger', describing the way that these plants like to cling to the trunks of taller trees. 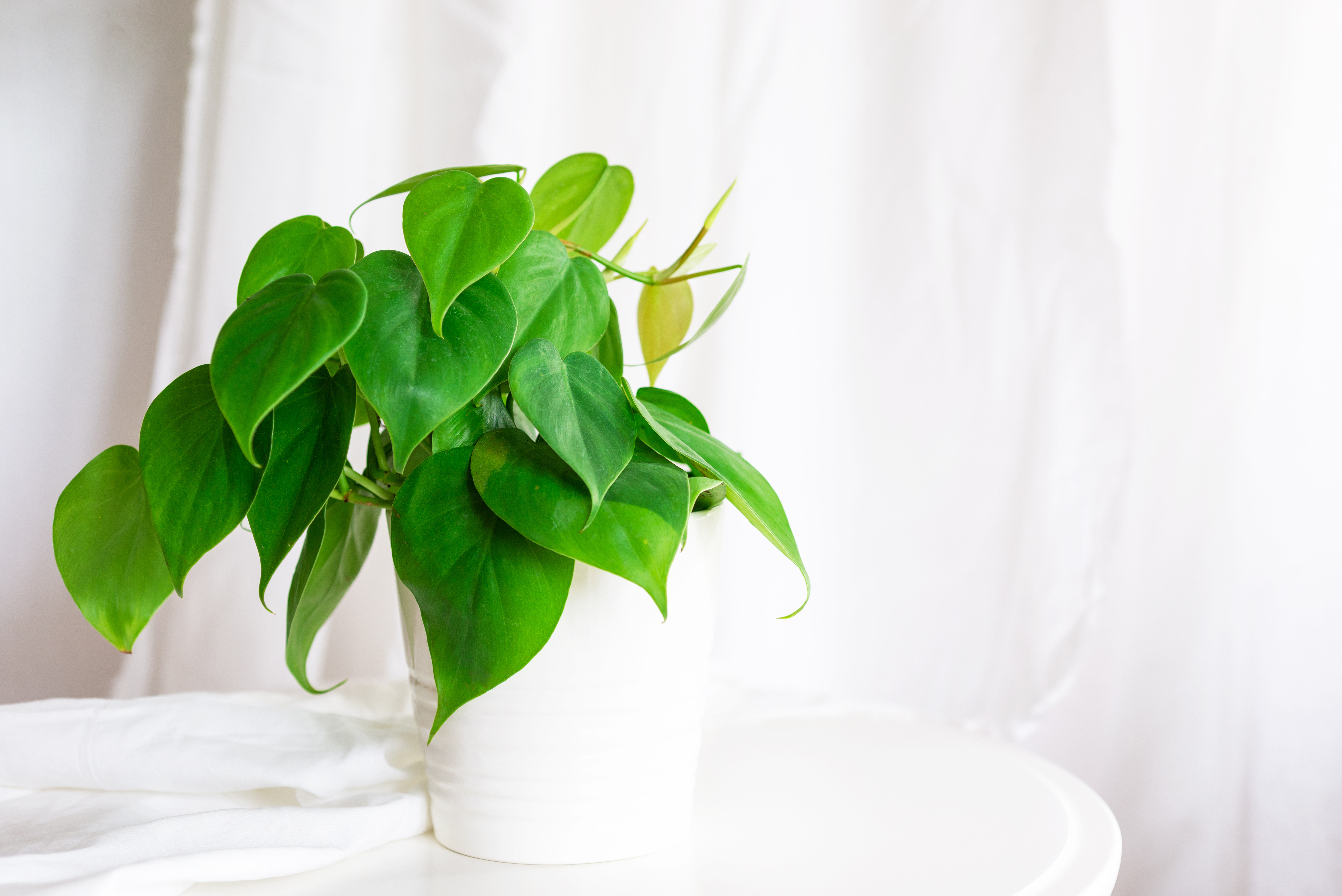 Heart Leaf Philodendrons are adapted to thrive in warm, humid tropical forests, and as such does not need too much light. In fact, too much bright, direct light could be damaging, as these plants are used to receiving dappled light that is filtered through the leaves and canopies of taller plants in the forest. Therefore, don't place it too close to a window where there's a lot of light.

Due to their love of humidity, they could potentially do well in a bathroom environment (provided that there is enough light available), but if you'd rather keep it in a less humid room such as your bedroom or living, you can compensate for this by regularly misting and / or using a pebble tray.

Although these plants like moisture, make sure not to overwater them - the soil shouldn't be wet when you water, just slightly moist, and ensure that the soil is well-draining. 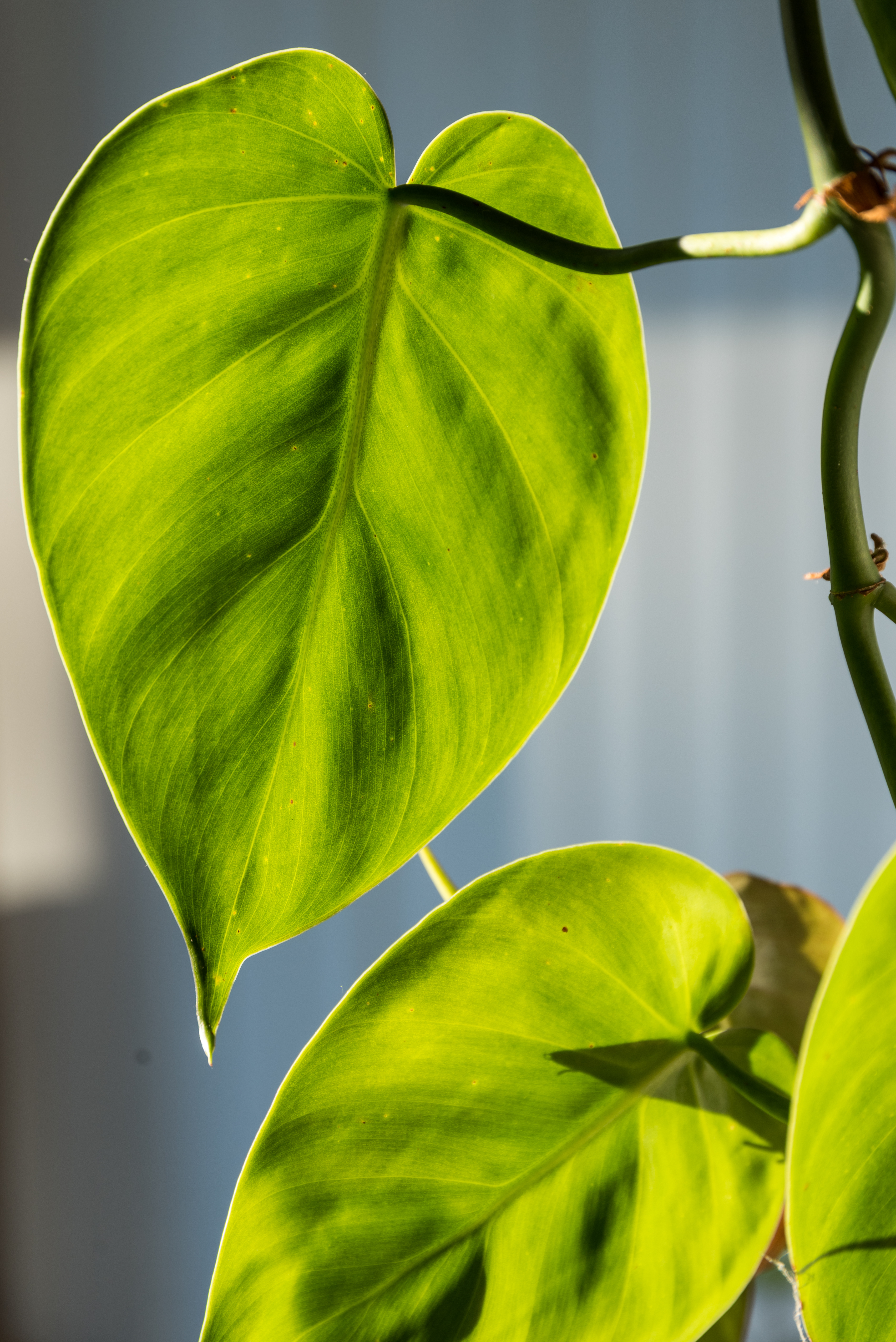 Want a fuller plant? Pinch/cut back some of the stems, let them root in water or soil and then plant them in the same pot again.

There are over 400 different species of Philodendron, but they can be loosely divided into climbing and non-climbing varieties. The Heart Leaf Philodendron is a climber!

It's important to be aware that these plants are toxic if ingested, so should be kept away from cats and dogs. It can also produce allergic reactions in humans.

The leaves of your Heart Leaf Philodendron can become quite large, averaging at around up to 4 inches (10 cm) long, so you may need to clean them every now and then to keep them dust-free. Just wipe them gently with a damp cloth if you notice dust buildup on the leaves.