Norfolk Pine (Araucaria heterophylla) is tropical evergreen conifer with dense, rich green colored needles. The needles and branches on the Norfolk Pine are actually surprisingly soft! This is the best type of conifer to bring home for the holidays as most others doesn't grow well in a typical indoors environment.

Its name comes from its native environment in Norfolk Island, close to Australia.

Despite being called a pine, this plant is actually not a true pine - it's known as one because it looks similar to a pine tree, especially as a sapling. 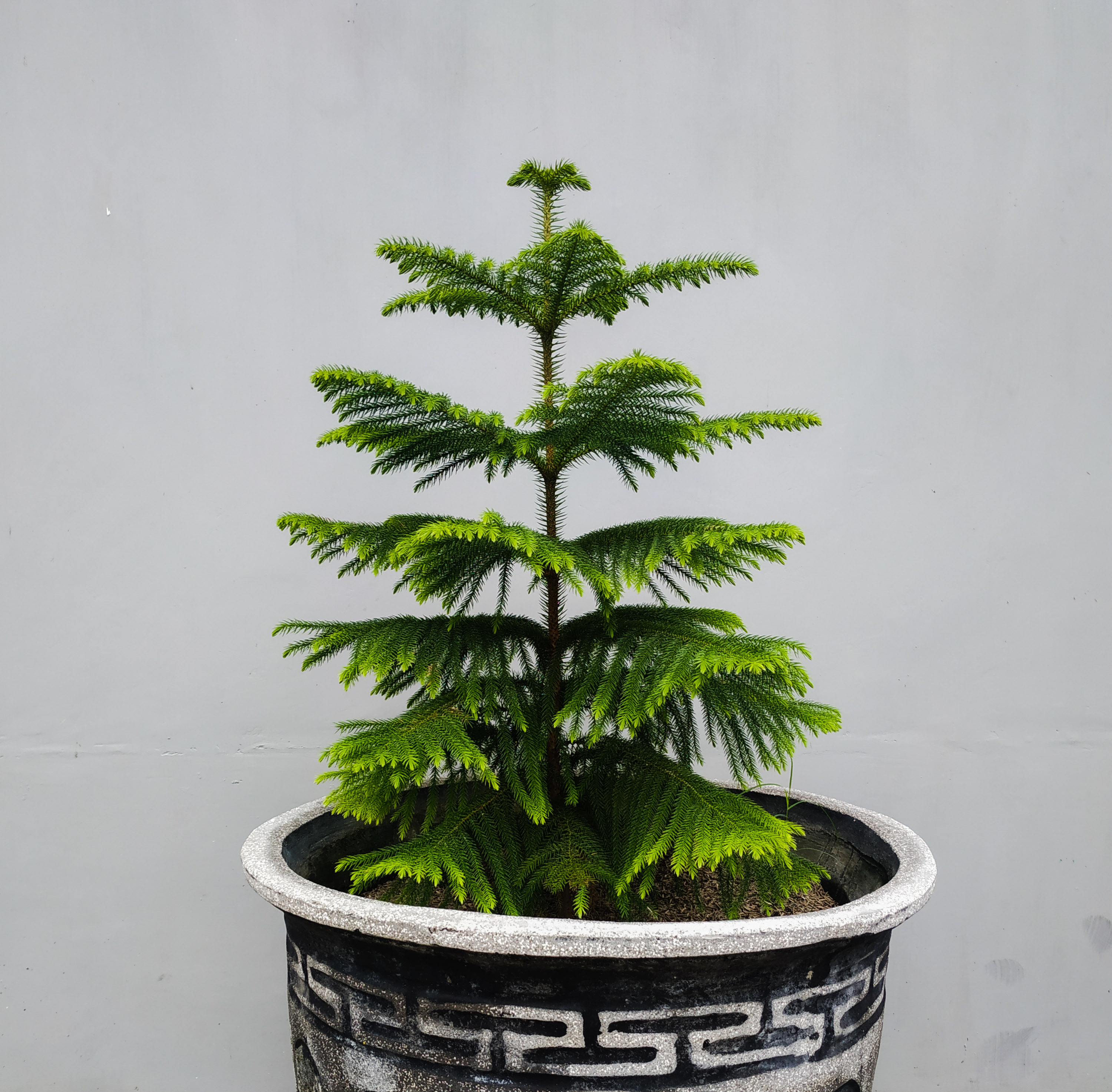 Despite its Christmas tree-like appearance, Norfolk Pine is actually a tropical plant, and as such it needs to be kept warm (but not too hot). They're not cold hardy, but they also won't tolerate excessively high temperatures either.

Most indoor home temperatures are suitable for this plant, but be careful with placing it too close to a heating source - as much as it can seem tempting to try and keep your Norfolk Pine warm by putting it near a heater, this can quickly cause it to dry out. These plants appreciate humidity, so drying out the air around them isn't ideal. You can supplement the humidity by misting regularly, and it may be beneficial to place your Norfolk Pine on a pebble tray.

These plants also need plenty of light. Bright, indirect light is ideal, and Norfolk Pine will often do well when placed directly on a windowsill or other sunny spot.

Finally, Norfolk Pine has a high water demand - without the right amount of water, it is very likely that its branches will start to become brown (this can happen both in the event of under- or overwatering). Try to maintain consistent soil moisture at all times, although make sure not to let it get too wet. No plant appreciates waterlogged, soggy soil!

The needles of a Norfolk Pine will become darker with age, starting off a vibrant light green and then maturing to a deeper more typical 'Christmas tree' colored green.

In the wild, these trees can live to be incredibly old - the oldest known one is thought to be over 170 years old!

Captain James Cook first discovered Norfolk Pine during his voyage of the South Pacific in the late 1700s, hoping that it could be used to build masts for sailing ships. However, it was found to be unsuitable for this as the wood is not particularly resilient.