Moth orchids, or Phalaenopsis, are native to parts of Australia and Southeast Asia. They are the most common type of orchid and are very popular houseplants, as they can thrive easily in indoor environments, require little care, are widely available and can flower for most of the year, making them a great decorative plant.

The name Moth Orchid is sometimes rumored to come from the way that the flowers can look a bit like a moth in flight. However, it actually links to the Latin 'Phal' (as in 'Phalaenopsis') which means 'moth'. 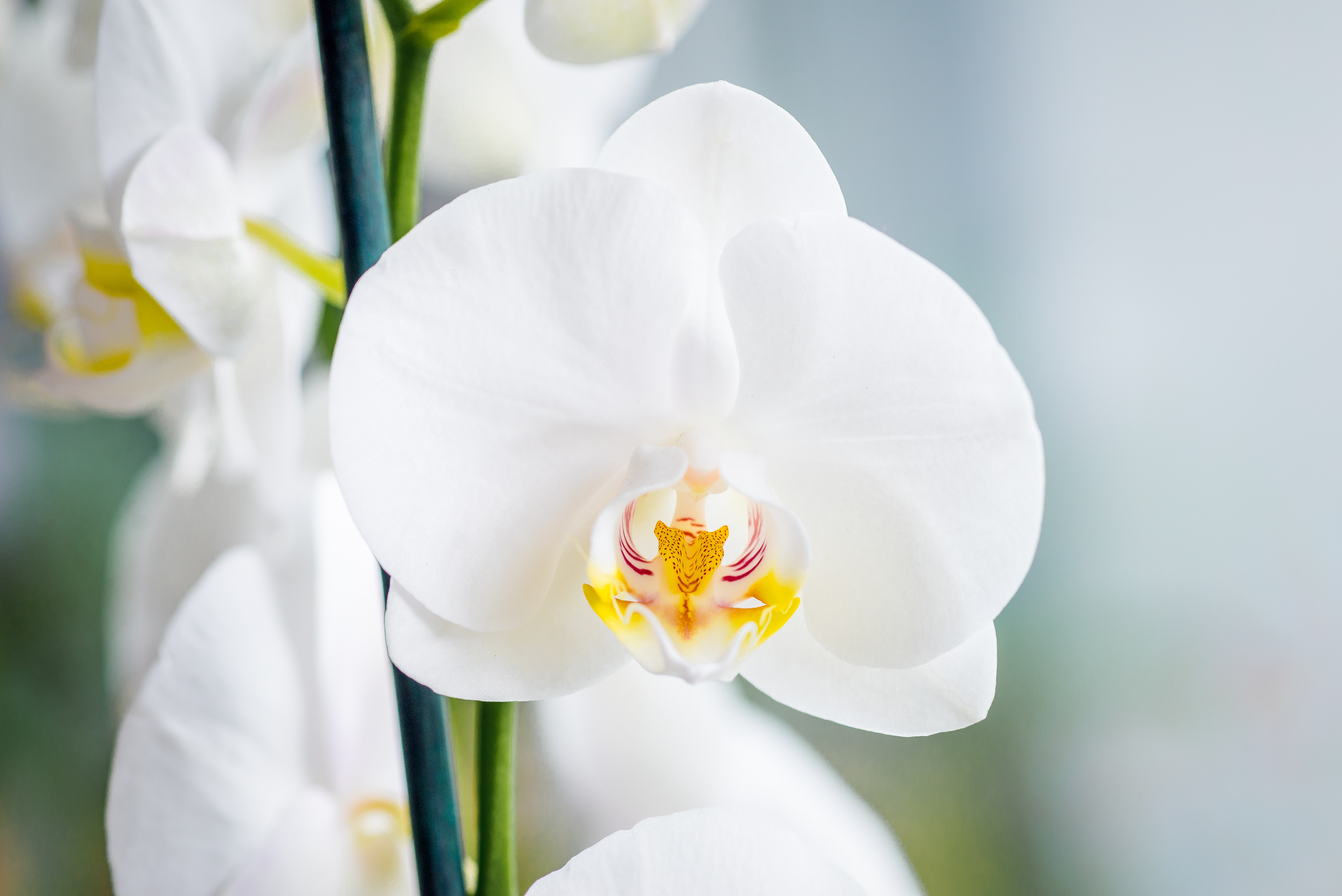 Just like humans, orchids can become sunburnt! So make sure not to place yours in harsh, direct sunlight.

Orchids only flower when they're mature, which can potentially take up to a year. However, usually when you buy your orchid it is already in flower, so unless you plan to grow them yourself it's usually not an issue.

It can be alarming to see your orchid suddenly lose all its flowers but don't worry, it's perfectly normal. Don't throw your orchid away - it's not dead! Orchids go through a natural blooming cycle, and losing their flowers is a part of this. It can sometimes take some time, but with the right care they will re-flower again.

When it's done flowering: remove dead flowers and you can also cut off any dry / brown stems. It will hopefully bloom again soon. 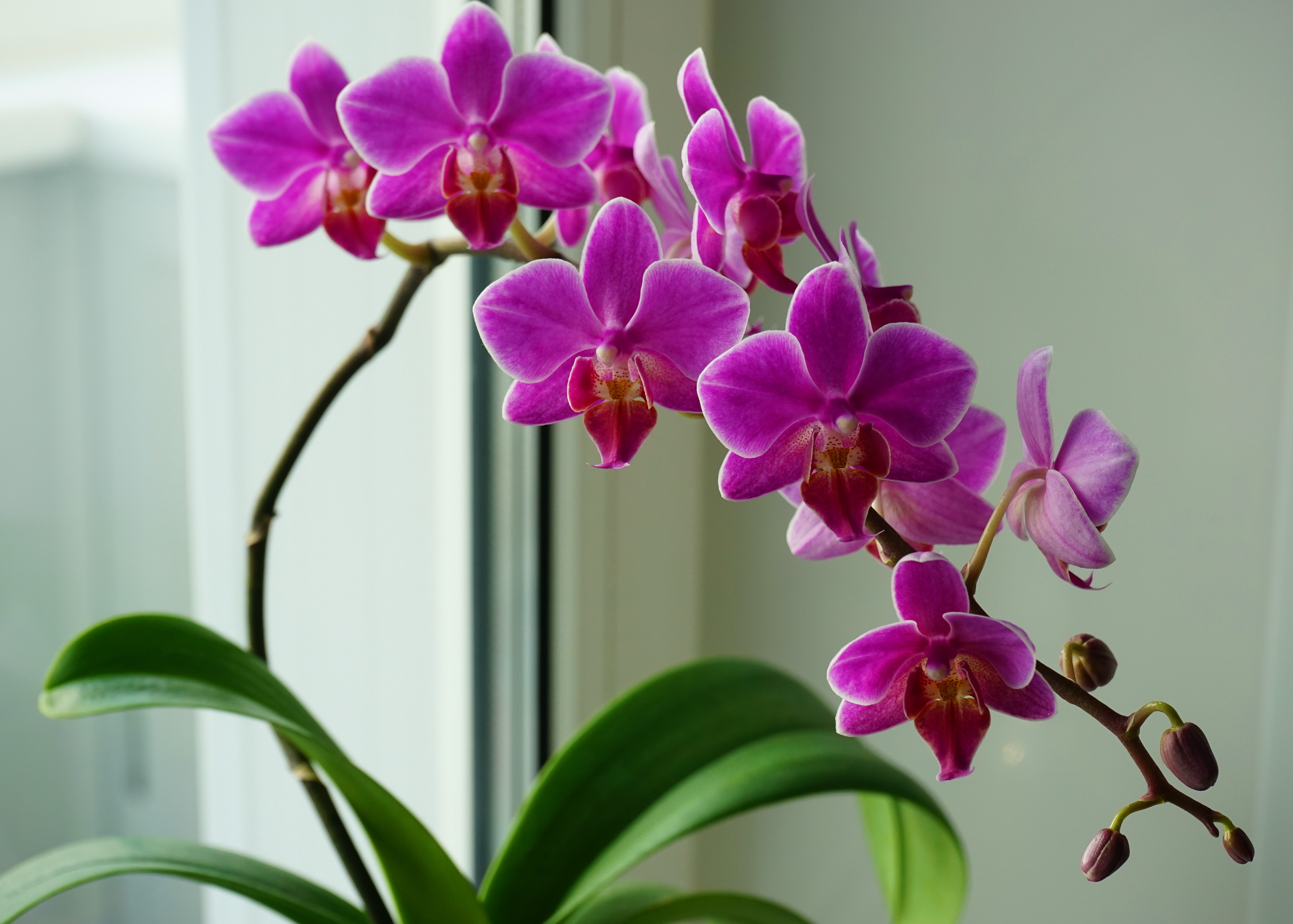 Moth orchids can come in a number of attractive hybrid varieties, and can show a range of brightly colored and patterned flowers in shades of pink, purple, white and yellow.

Most orchid species are epiphytes, which are plants that grow on the surfaces of other plants. They gain their nutrients from the air and from water, meaning that, unlike other plants, they can exist without needing soil.

In the wild, they tend to grow in trees - their aerial roots wind their way around the trunks and branches of trees. However, they're not parasitic. They use the tree only as a means of physical support and don't leach any nutrients from it. Therefore, the growth of an orchid does not have any detrimental effect on the tree. 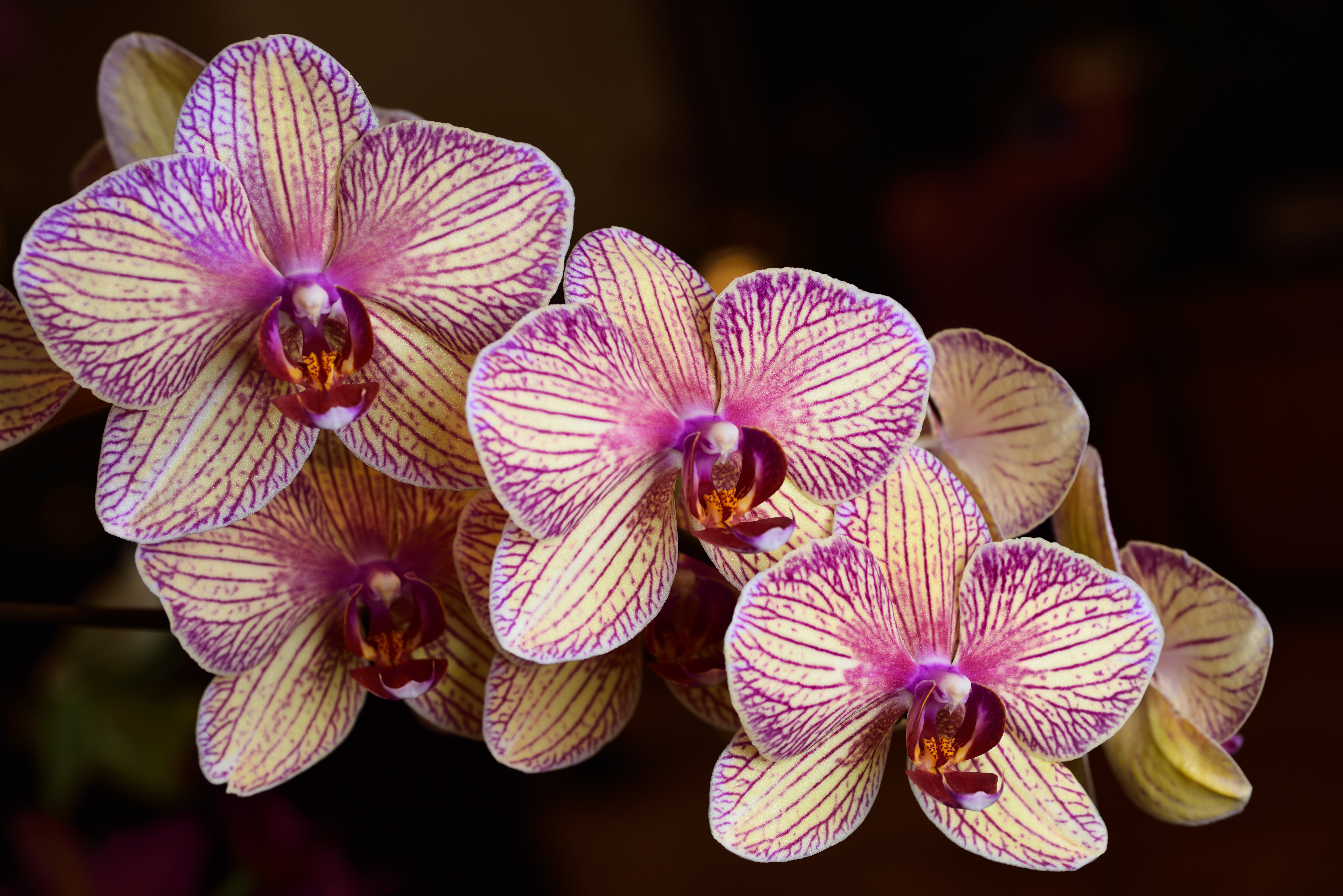