Gymnocalycium mihanovichii, commonly known as a Moon Cactus, is actually a hybrid of two cacti species (often Gymnocalycium and Hylocereus) grafted into one.

They're easily recognized by their colorful red, yellow or pink 'mutants' or 'scions'. At first glance, these may look like flowers, but they're actually attached to the rest of green-colored cactus: a separate plant sitting atop it. These colors arise as this cactus does not produce chlorophyll, which allows the vibrant coloring to then show through. However, chlorophyll is a necessary part of the photosynthetic process, which is why the presence of a host plant is integral to this plant's survival.

This eye-catching cactus is native to the deserts of South America, and was discovered by the Czech botanist Alberto Vojtech Frič during one of his many voyages to the Americas in the late 1800s and early 1900s.

Alternative names include the Ruby Ball Cactus or 'Hibotan' Cactus. 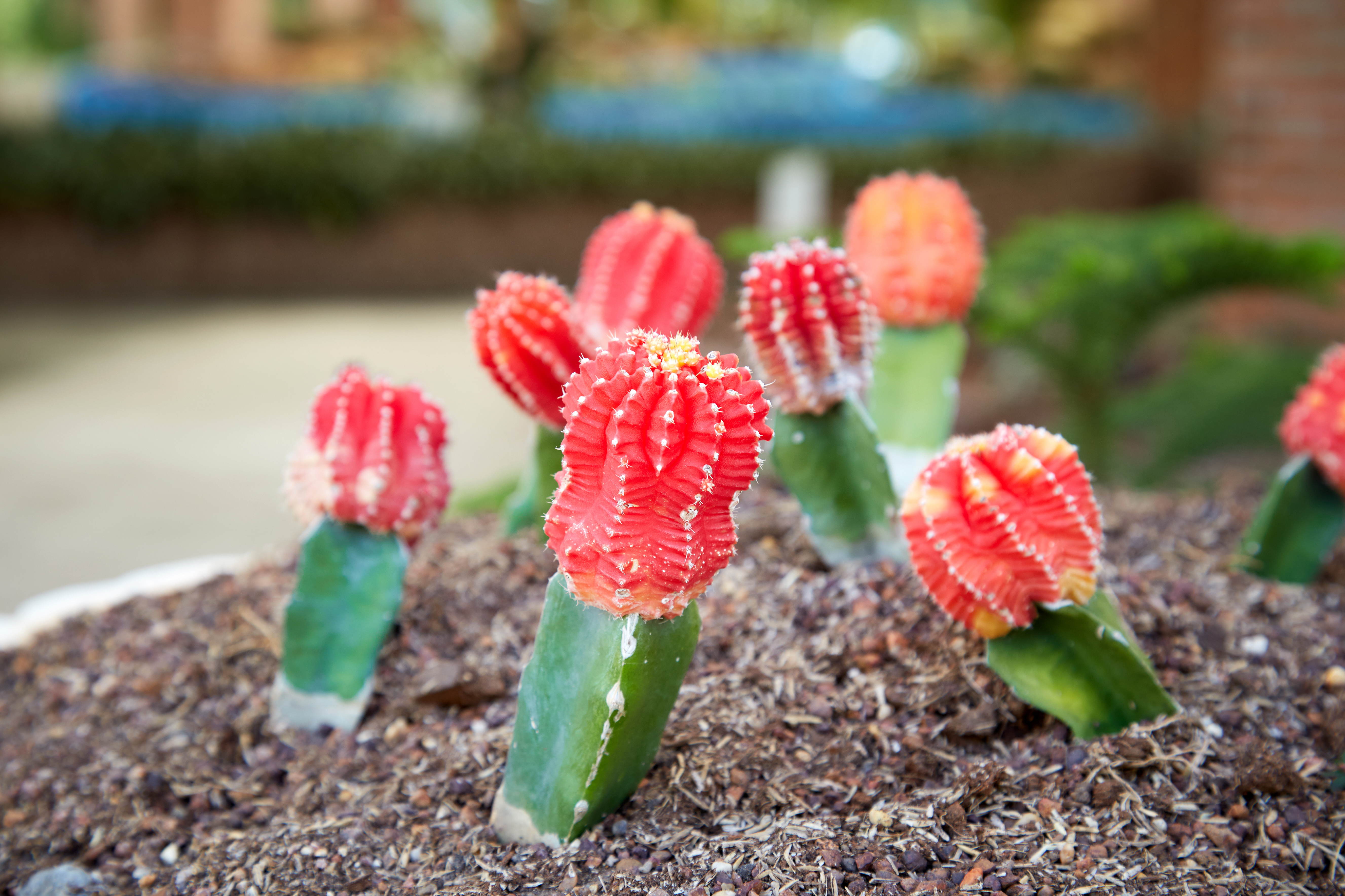 Care for a Moon Cactus is very simple, and is much like the care needs of other cacti and succulents.

They're low maintenance and don't need a lot of water, so can largely be left to their own devices and will thrive when left alone. You can allow the soil to completely dry out between waterings, and be sure not to water too much when you do water. Overwatering can be very damaging to a Moon Cactus, so it should ideally be planted in a shallow pot with drainage holes to help avoid excess buildup of water.

Also reflective of their desert home, these cacti like warm temperatures and bright (but indirect) sunlight - extended periods of exposure to harsh sunlight can scorch your Moon Cactus.

If you keep yours outdoors then make sure to bring it in for the winter before temperatures begin to drop significantly. 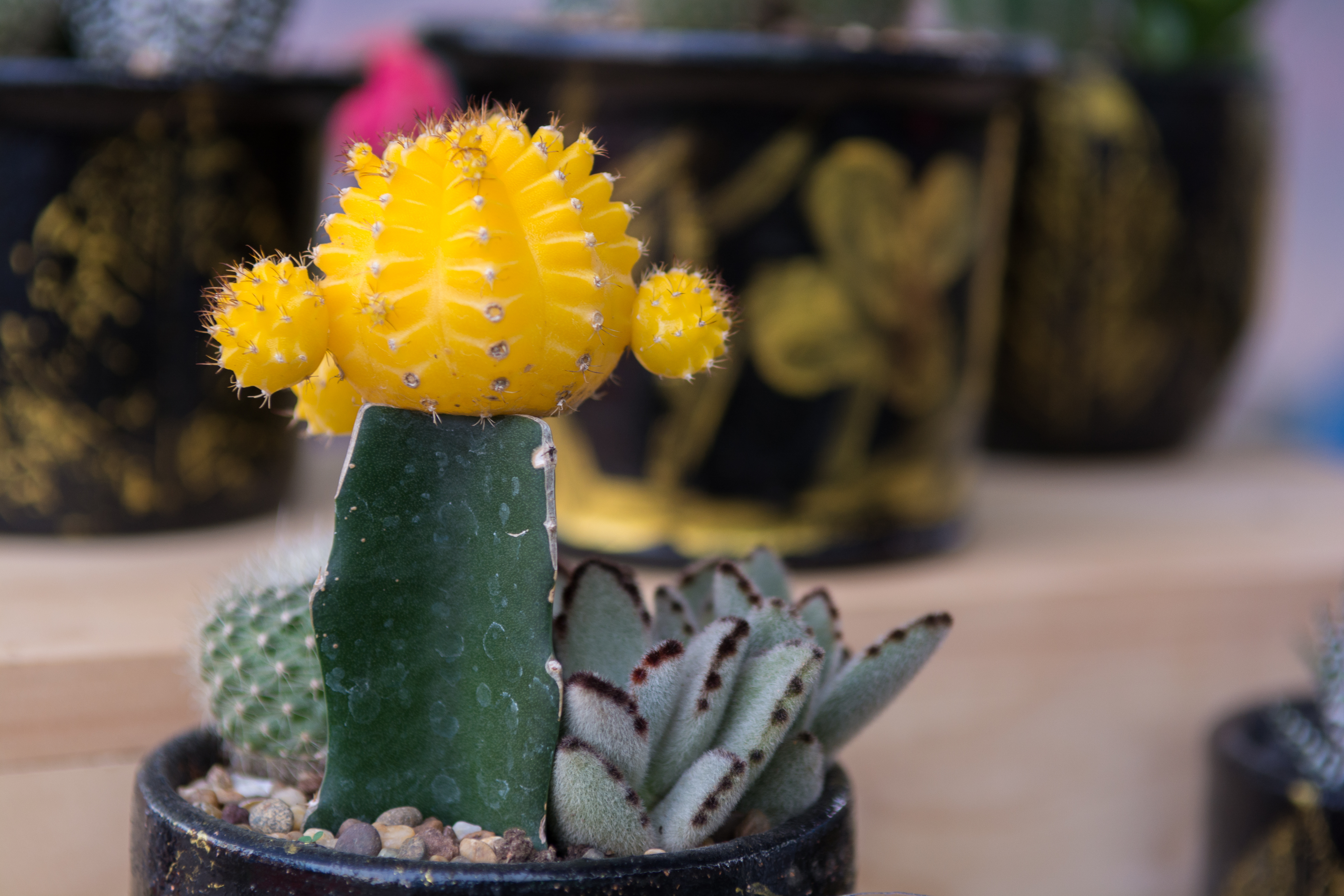 Because this cactus consists of two different species that grow at different rates, this means that its lifespan is relatively short, as it can't survive being grafted together long-term. However, overall, it's a slow grower, and it is possible to re-graft the 'scion' to a new host cactus if you choose to. 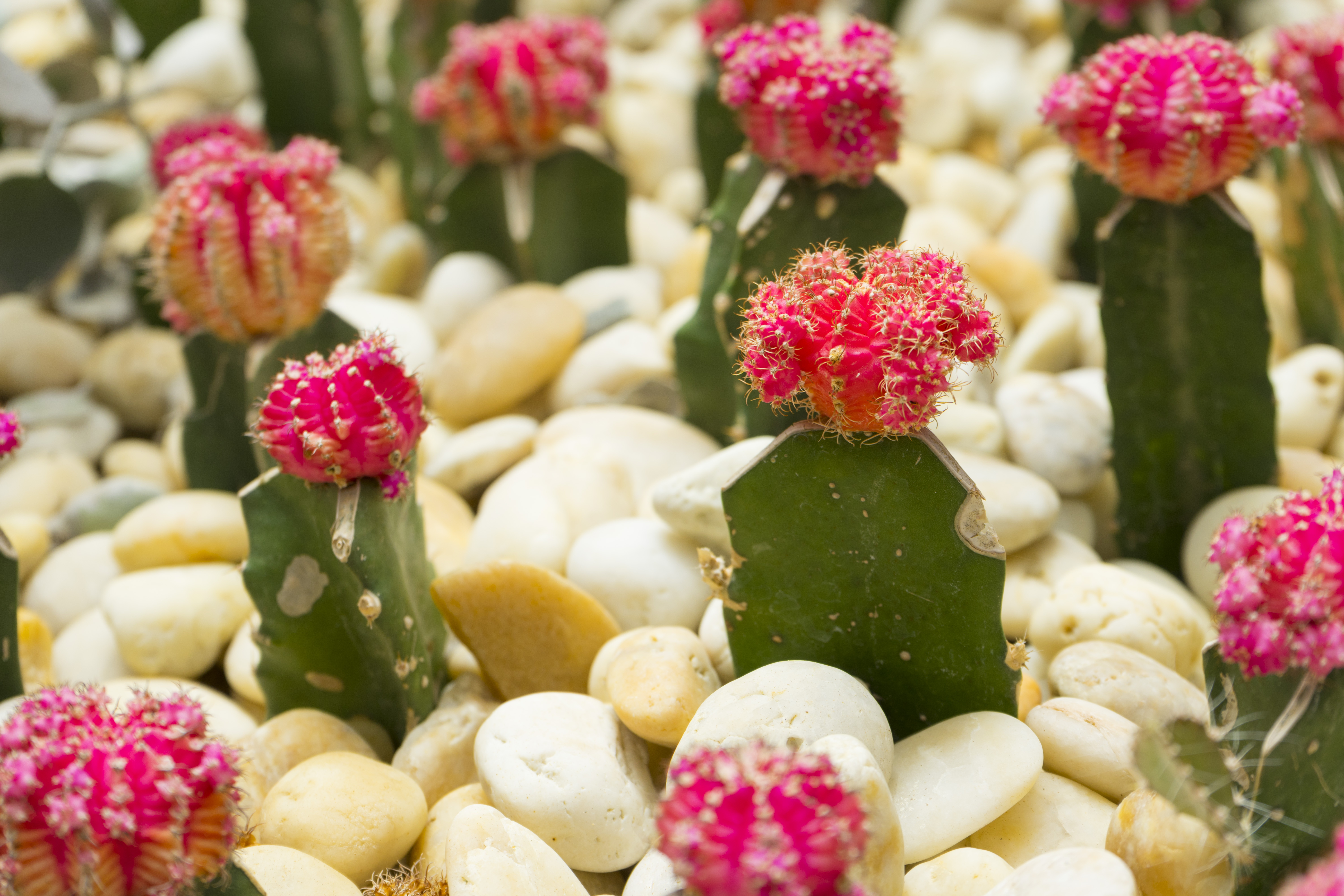