Echinocactus grusonii, commonly known as the Golden Barrel Cactus, is a ball-shaped perennial cactus native to Mexico and parts of the southwestern US where it grows on rocky slopes and volcanic outcrops.

It's named for its shape as well as the golden yellow color of its many spines. Older ones can also form a clump of white, wool-like hairs at their crown.

These cacti grow incredibly slowly, eventually becoming more oval-shaped than circular, and can actually grow quite tall (up to 4 foot / 1.2 m) if grown in favorable conditions. However, as a potted houseplant they'll stay much smaller. 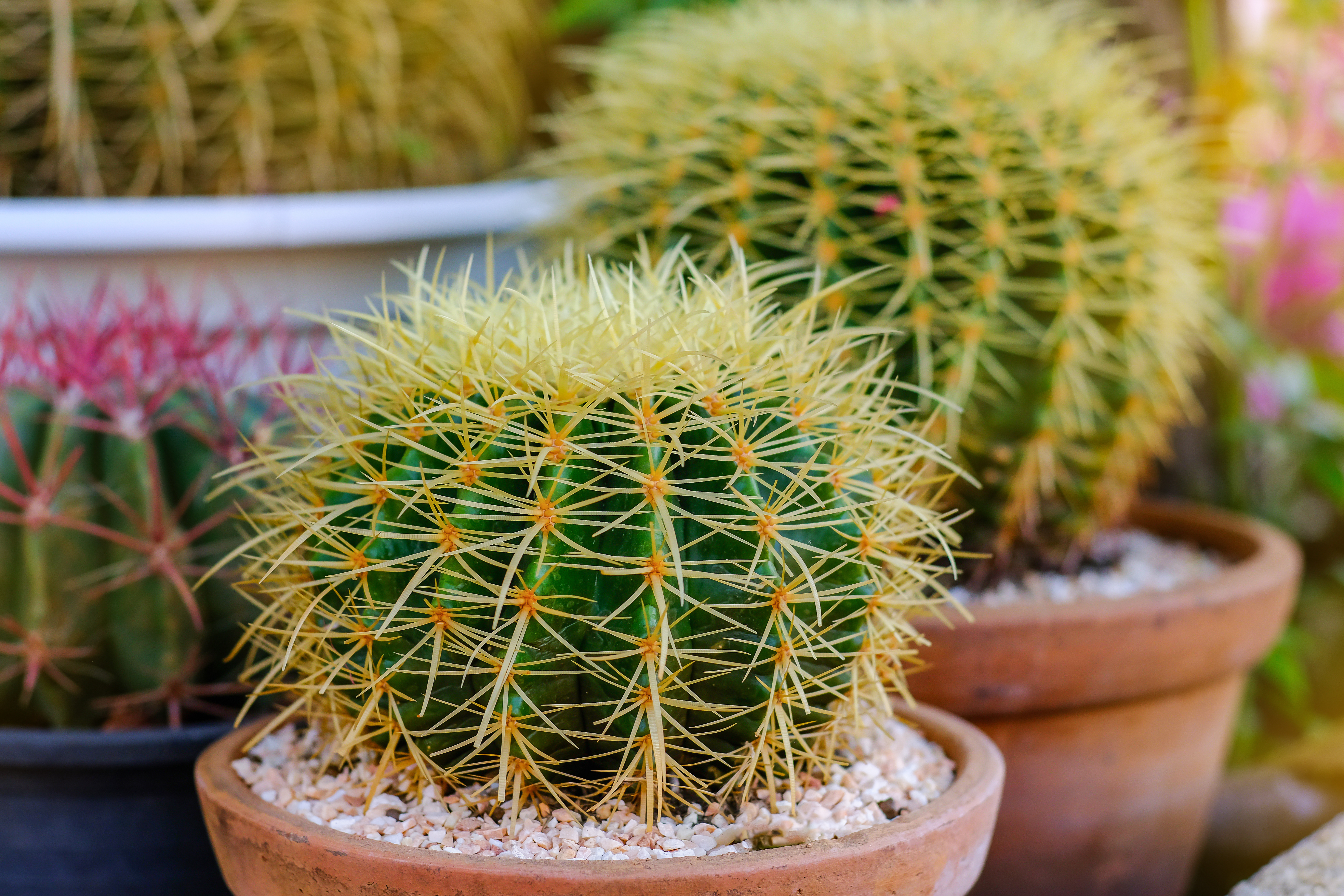 Like other types of cacti, the Golden Barrel Cactus needs sunlight - and lots of it - in order to survive. Without enough sun, their already slow growth rate will slow even further, and they will never truly thrive. Try to place yours in the brightest spot in your home, such as a very sunny window, where it will get plenty of direct light.

These plants are adapted to living in harsh, arid deserts, and as such, they really do not like being overwatered! It's very important that you never let it sit in water and that you provide your Golden Barrel Cactus with excellent drainage. Select a well-draining soil mix that is specifically intended for cacti, and pot it in a plant pot that has sufficient drainage holes. If you're ever unsure, then it's much better to hold off on watering than to risk watering too much. This cactus is very prone to developing root rot, which is often fatal, so too much water can easily become an accidental killer of your plant! 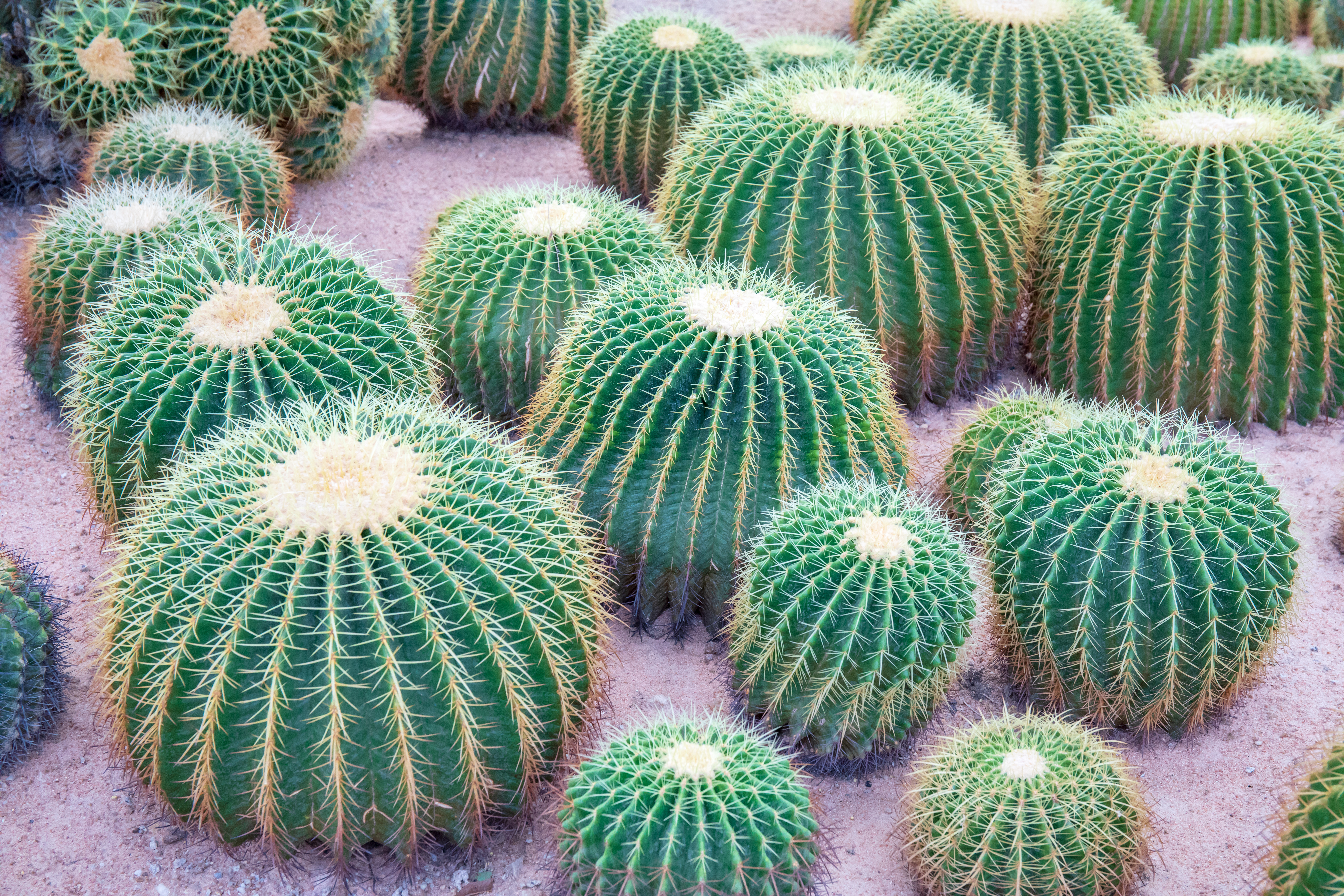 This cactus can bloom in the springtime if it gets enough sunlight, forming small, bright yellow flowers. However, it's much more unlikely that they'll bloom indoors, so if you want to encourage yours to flower then you should keep it outside during the warmer months.

An alternative name for this plant is 'Mother-in-Law's Cushion' or 'Mother-in-Law's Pincushion', perhaps because all its little spines look a bit like a pincushion (or perhaps as a not-so-subtle dig at difficult in-laws!)

Unfortunately, the Golden Barrel Cactus is now relatively rarely found in its natural habitat. However, its popularity as a houseplant means that it won't die out entirely as a species.