Colocasia esculenta, commonly known as Elephant Ear or 'Taro' plants, is a perennial tuber known for its large foliage.

These tropical plants are native to southeastern Asia, where they're adapted to grow in swamplands. 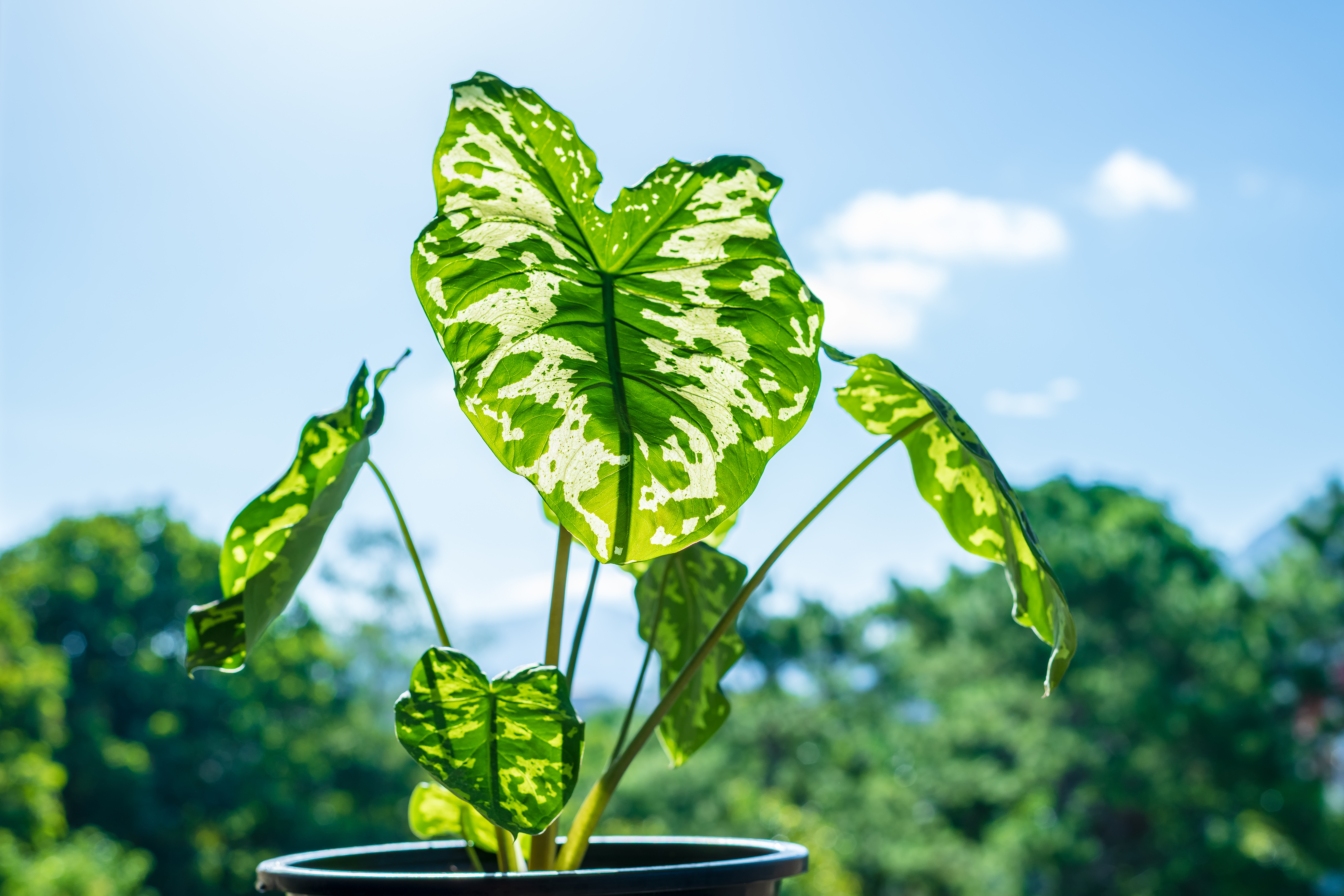 These plants are best suited to partial sun - too much harsh, direct sunlight can burn the leaves, so it's best to place your Elephant Ear somewhere a little shadier or where the sun is somewhat filtered.

Elephant Ears love moisture and nutrients, so it's a good idea to try to keep the soil moist (don't let it get overly wet, though!) and it should preferably be a nutrient-rich soil. They'll appreciate regular fertilization during the growing season, as they're heavy feeders. This will help them to grow full and large.

Adding to this plant's easy-care nature, they're also generally quite disease-free. Just ensure it gets enough humidity, light and water, and your Elephant Ear should thrive. 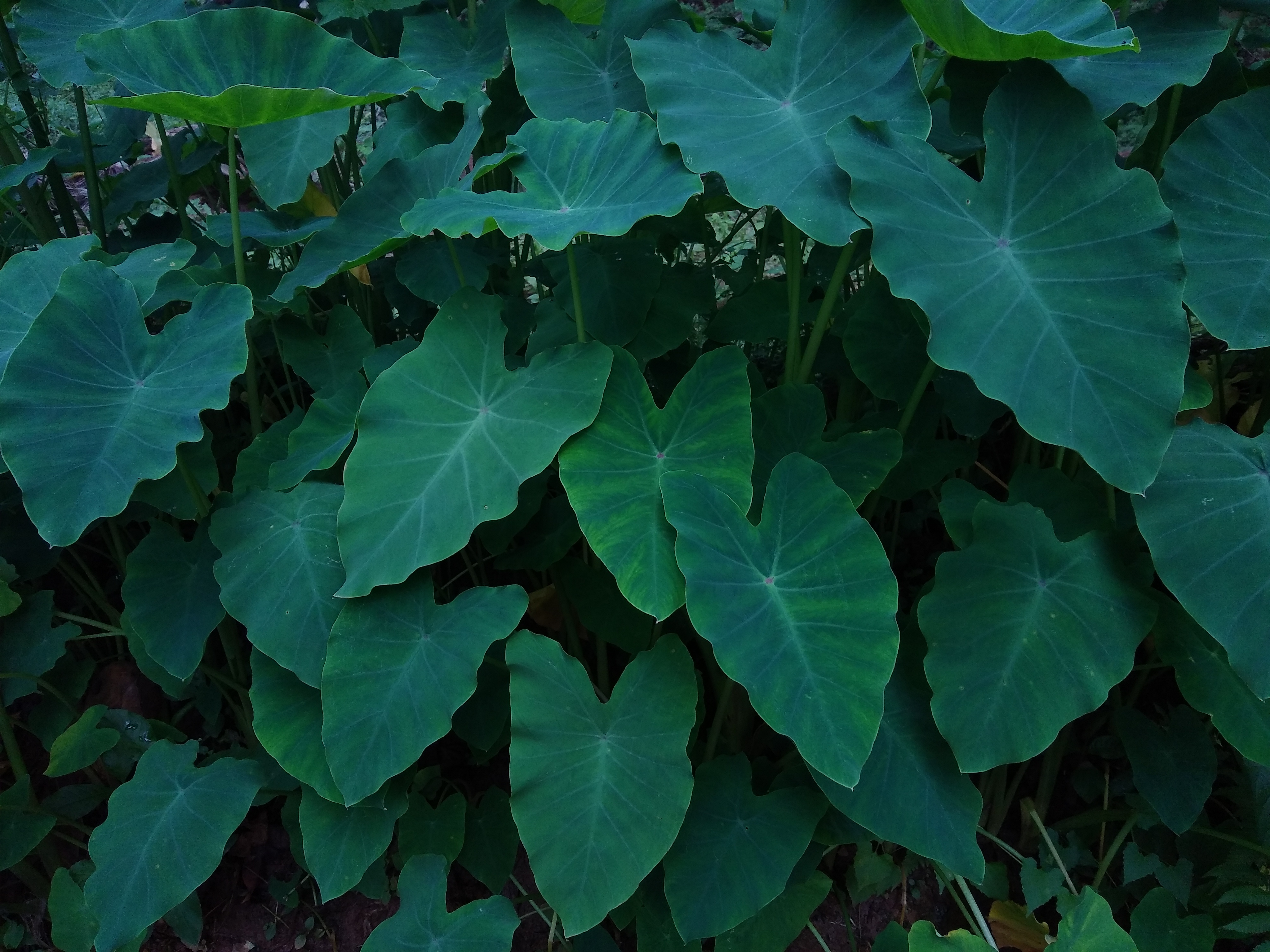 Some say that Taro / Elephant ear is one of the earliest cultivated plants, so these magnificent plants have been with us for a long time.

One of the main differences between Colocasias and Alocasisas is that the former tend to need more water. Another difference is the way that the leaves fall - Alocasias are sometimes known as 'upright elephant ears', whereas Colocasias point downwards.

These plants can come in a range of colors depending on the variety, and can also show either matte or glossy leaves. Colors can include greens, gold, black and brown, and can additionally show further color variation throw veining.

Elephant Ears produce edible tubers that are a common food source in some parts of the world. However, if not prepared and cooked properly they can have detrimental effects, such as causing stomach upsets, so it's important to know what you're doing!