Echeveria plants are a type of succulent - Echevaria actually refers to the genus from the Crassulaceae family, containing many attractive and brightly colored variations. They originate from Mexico, and get their name from the 19th-century botanist who discovered them, namely Atanasio Echeverría y Godoy, who was known for his beautiful botanical illustrations.

Even now, almost 200 years after its discovery, new species of Echeveria are still being found.

They're able to survive harsh desert environments and periods of drought by storing water in their fleshy leaves. As such, they make great beginner plants, as they can handle some neglect. 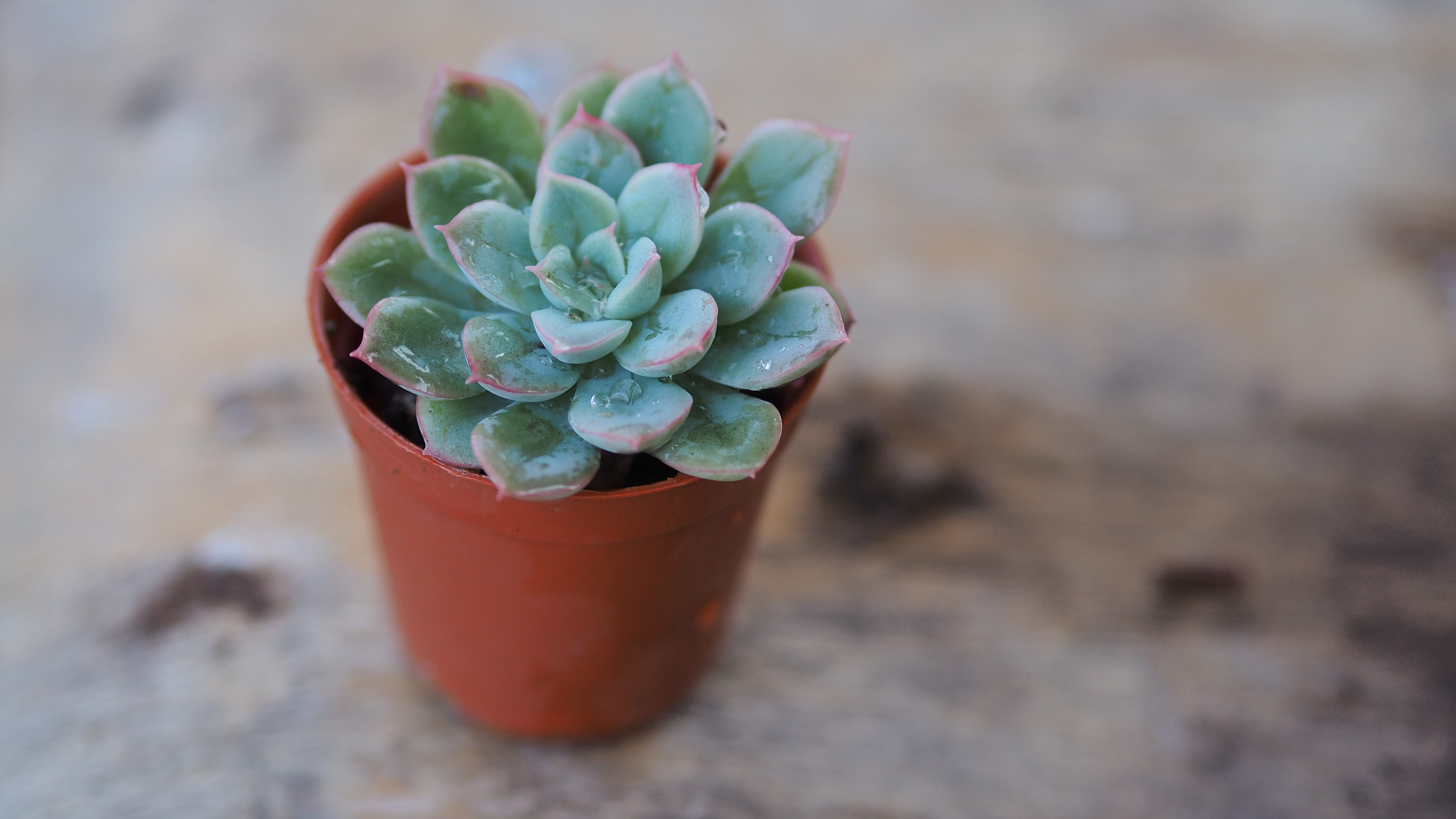 The easiest way to kill an Echeveria is by overwatering it. These plants are adapted to survive without water for extended periods of time. This means that they quickly drown if given too much water, and unfortunately it can be very difficult to save an overwatered plant.

Never ever water directly on the leaves, and only water if the soil has been allowed to dry out completely.

Only water once the soil has dried out. It's also important to check that they're planted in a well-draining soil and that your plant pot has drainage holes.

These plants also love sunlight, so if possible try to place them somewhere that they can bask in plenty of sunshine. They can sometimes survive in shadier places also, but we recommend placing them, for example, on a windowsill with full sun.

Unless you live in a particularly warm area, you should keep your Echeveria indoors, as they are not tolerant of frost and can perish in colder temperatures. 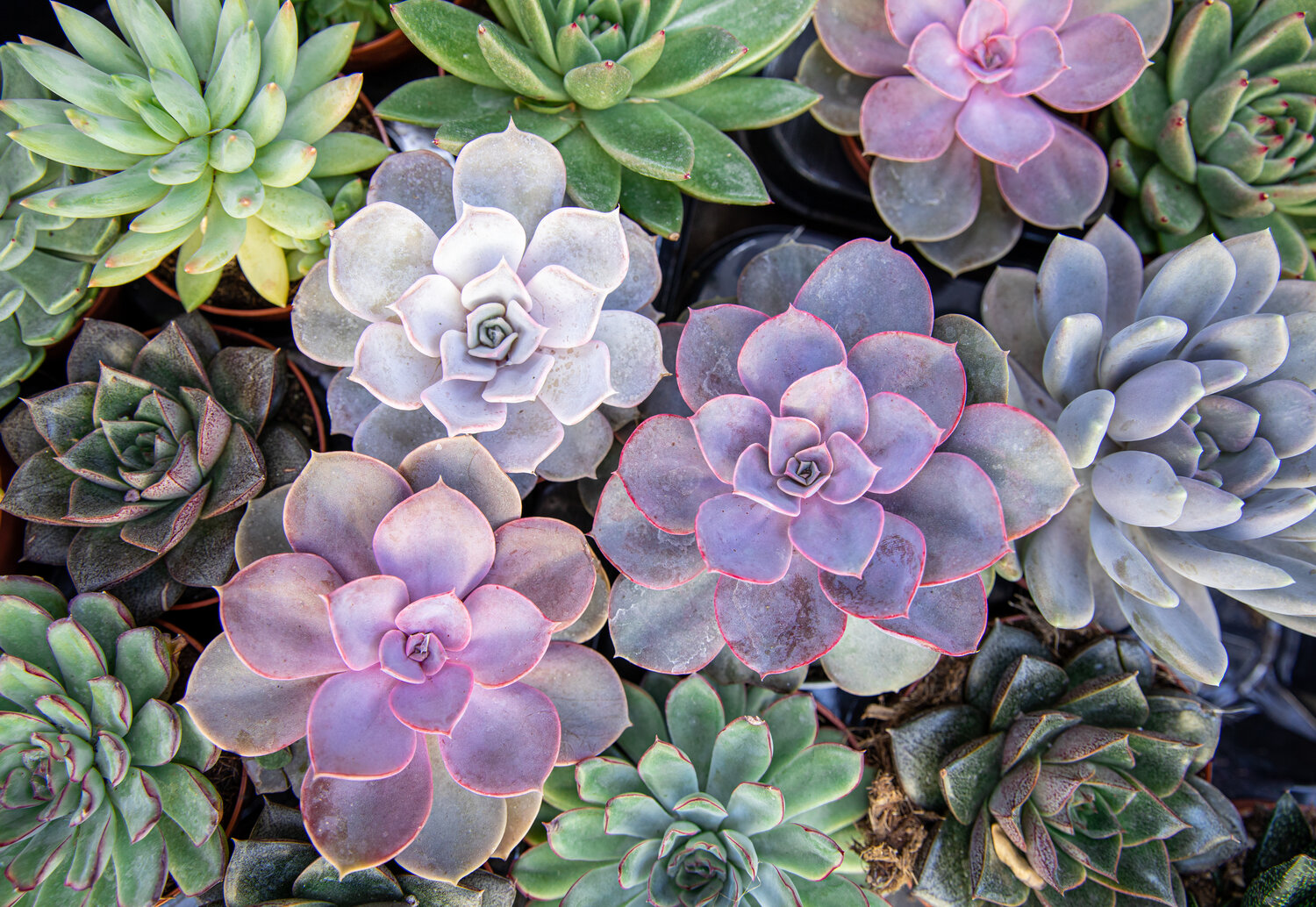 Echevarias can come in a wide range of colors, including gray, green, pink, lilac or deep purple, and so they can make for beautiful display plants.

Why not brighten up your desk at home or at work with an Echevaria or two? Their easy-care nature makes them a great choice for an office plant!

Their leaves can additionally vary in shape, with some being wide and rounded and others more thin and pointed. However, they all share a central rosette shape.

You may notice that some Echevaria types have a waxy or powdery coating on their leaves. This is basically nature's sunblock! It helps prevent the leaves from becoming scorched by direct sunlight.

They can also produce flowers of various colors, such as pink, yellow, or reddish-orange. Depending on the type of Echeveria, they can potentially flower multiple times per year.