Coriandrum sativum, typically known as Coriander or Cilantro, is a fragrant edible herb that is commonly grown as a houseplant in many kitchens all over the world.

It is native to the Eastern Mediterranean region but is also found in many locations including across Europe, Western Asia and North Africa, and as such, is featured as an ingredient in many different cuisines across the globe.

It can grow up to 20 inches (50 cm) tall, but is typically kept as a small windowsill plant and / or as part of a herb garden.

Coriander was first brought to the North American British Colonies in the year 1670. As such, it was one of the first spices to be cultivated by the early settlers. It was additionally introduced to Britain by the Romans. 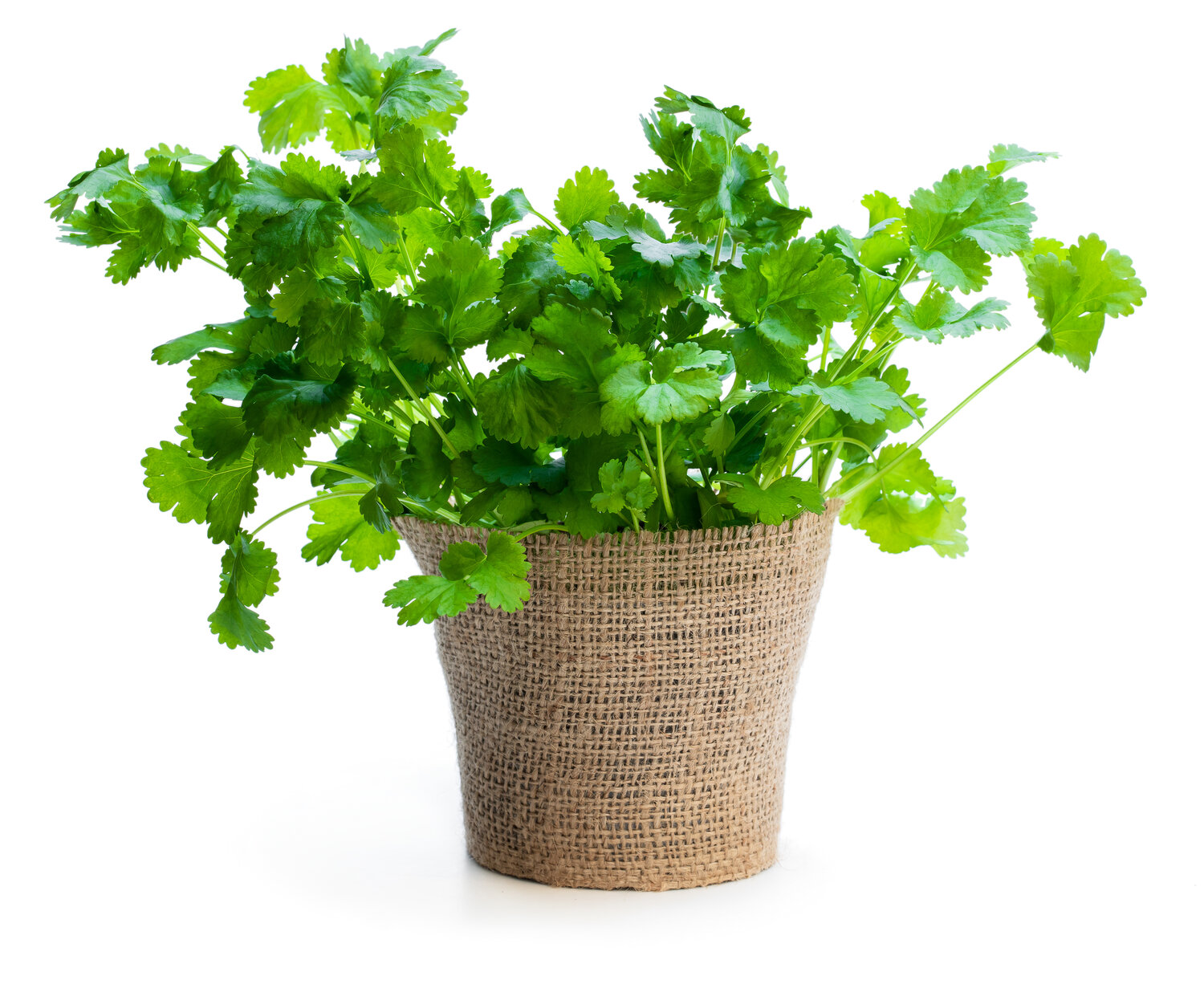 Like other herbs, coriander needs plenty of water and sunshine.

Water frequently, but at the same time don't let the soil become too damp - it should be a well-draining soil mix, planted in an unglazed terracotta pot with drainage holes in the bottom. This allows air to pass through the roots, and can help to prevent root rot by allowing excess water to drain out. It should preferably be kept moist at all times, as coriander doesn't like to dry out.

You may need to rotate the pot every now and then and / or harvest the leaves mindfully in order to help prevent the plant from becoming spindly. It'll naturally reach towards the light, so you can prune away reaching offshoots to maintain a more bush-like appearance. 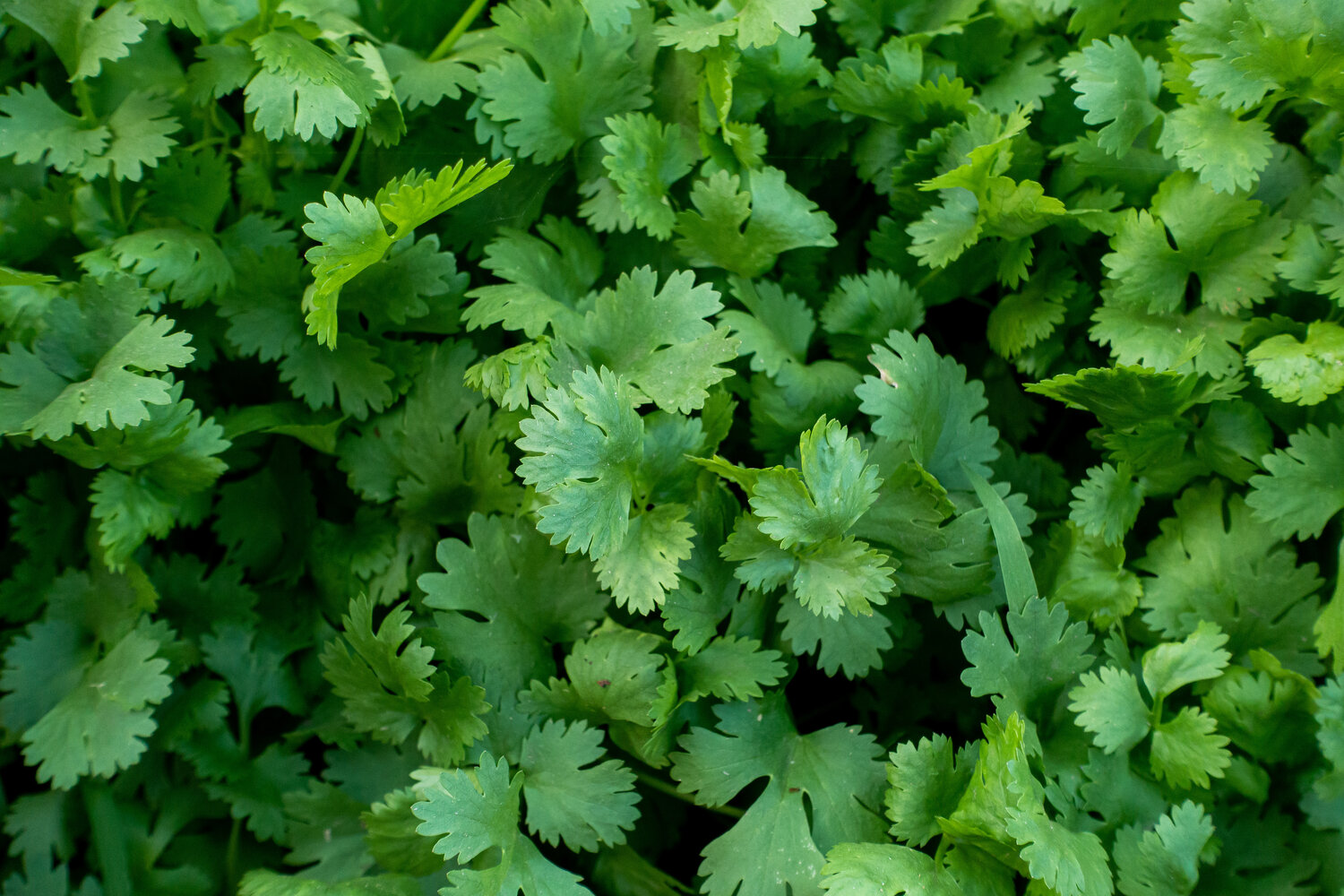 Cultivation of coriander dates back to as long ago as 2000 years B.C. and was often consumed in Ancient Egypt and Greece. It was, in fact, said to be one of the many plants featured in the Hanging Gardens of Babylon. Coriander was also mentioned in the Bible, in the Old Testament.

Hated by some and loved by others. But have you tried the seeds they get after flowering? They taste like orange!

The reason why some people really dislike the taste of coriander is thought to be due to a genetic predisposition - this causes the leaves to taste like soap for these people! It may also cause them to find the smell of this plant to be unpleasant. However, many others love coriander, and so it is commonly used in soups, chutneys, salads, salsa and as a garnish for many other dishes.