Sedum nussbaumerianum, commonly known as Coppertone Stonecrop, is a succulent from the Sedum genus that, as its name suggests, is recognized by its copper-like rust-brown coloring.

These plants are native to Mexico, and were first discovered as long ago as 1907. However, they weren't officially named until 1923. The 'Nussbaumerianum' part of their name is a tribute to Ernst Nussbaumer of the Bremen Botanic Garden in Germany.

Coppertone Stonecrops can grow reasonably tall - up to 8 inches (20 cm) on short stems. With time, the plant will grow many rosettes and can eventually take on a shrub-like appearance. 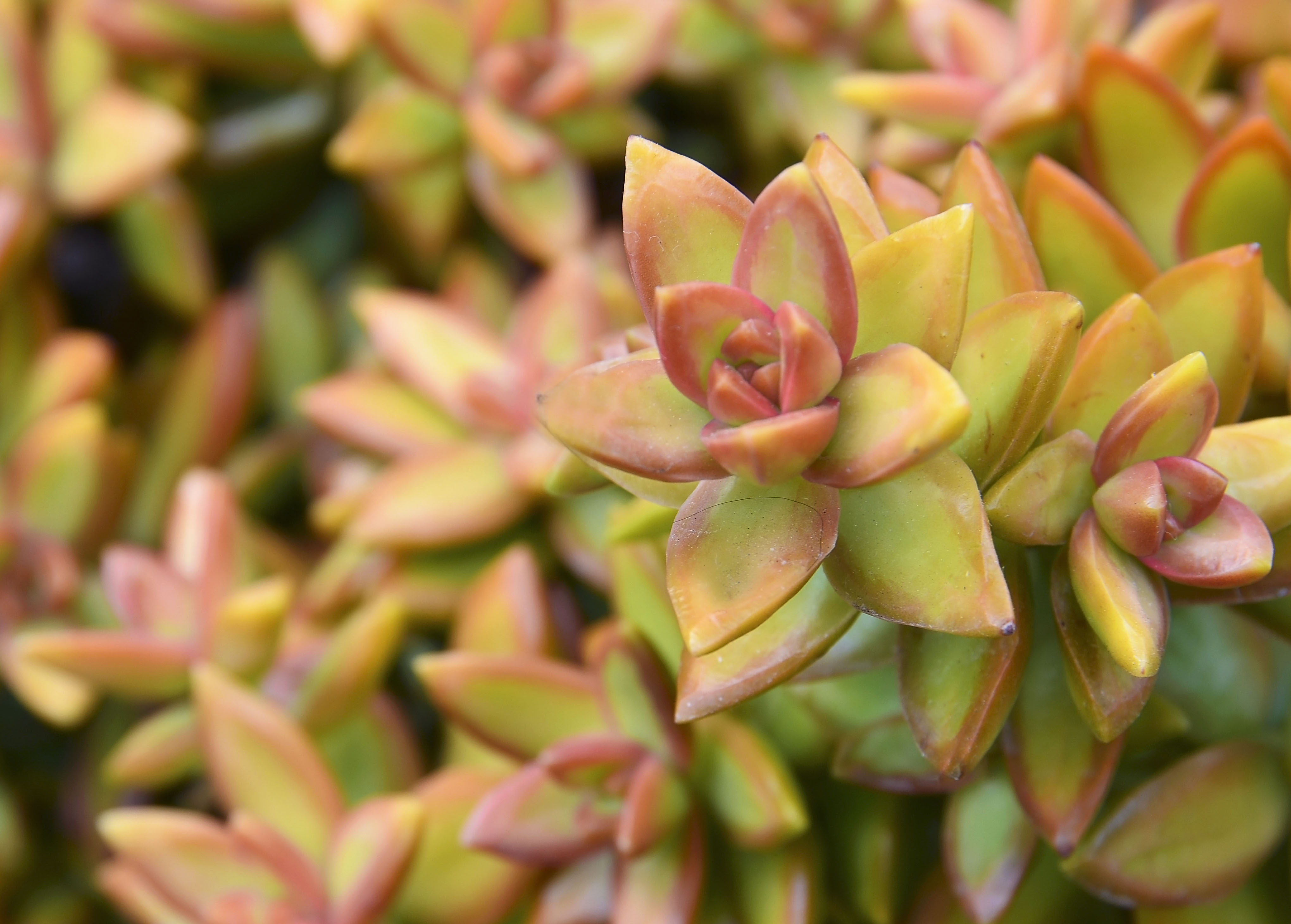 In order to achieve the full potential of their coloring, Coppertone Stonecrops need exposure to plenty of sunlight. In fact, they arguably need 'too much' sun to bring out the orange tone in their leaves, as the color actually develops as a stress response following prolonged light exposure. Place yours in full sun for the best results.

Like other succulents, Coppertone Stonecrops are low-maintenance, easy-care plants. Keep yours in a well-draining soil and avoid overwatering, as these drought-tolerant plants will do much better on too little water than too much. Also be sure to keep it protected from colder temperatures, as frost can be fatal to succulents. If you keep yours outdoors, bring it inside well before the winter chill sets in, just to be safe. 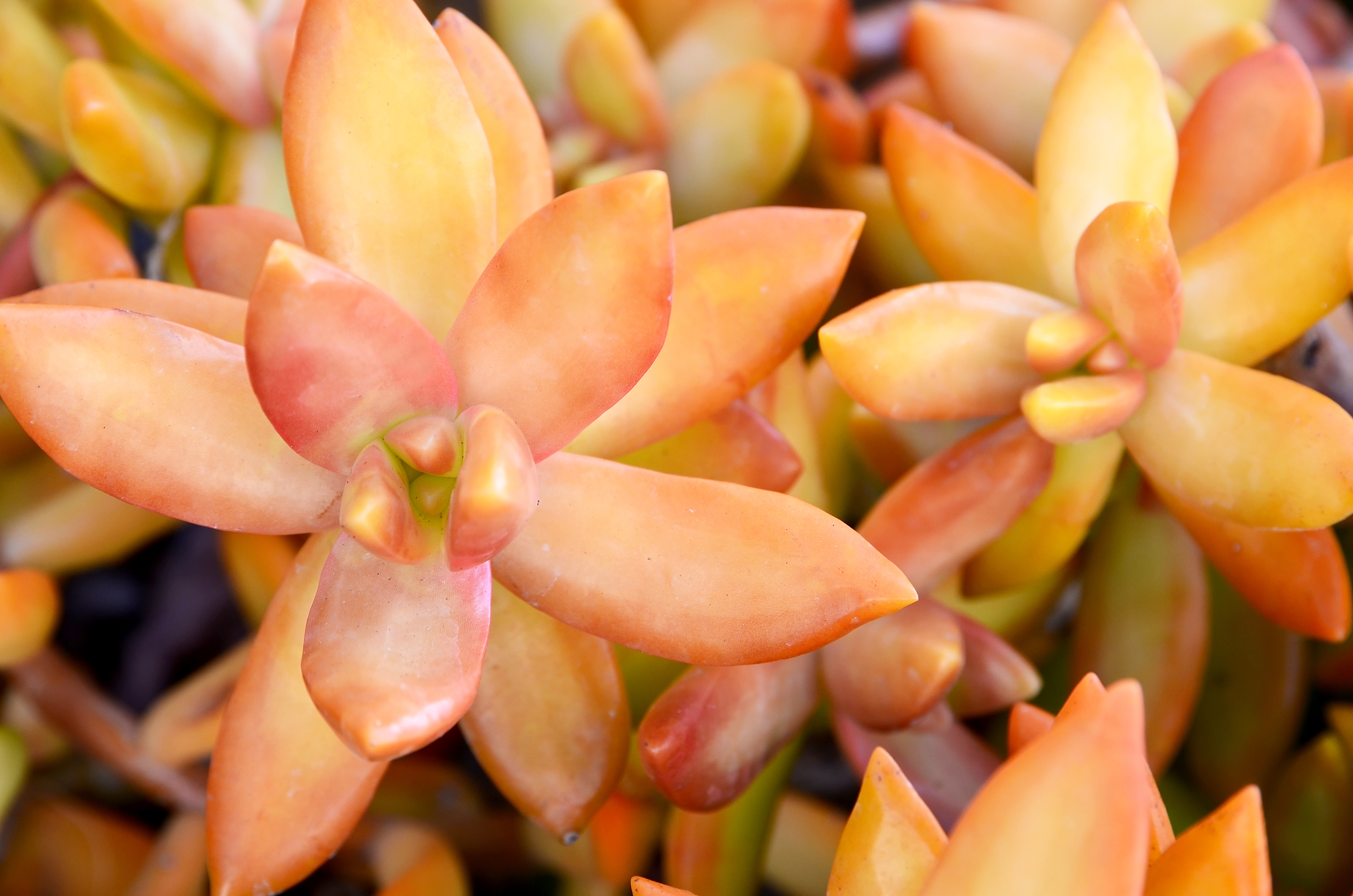 Sometimes, when you place your Coppertone Stonecrop in too much light while trying to bring out its colors, it may become sunburnt - the leaves will turn a dull brown color if they get too hot from the sun. If this happens, be sure to move your plant to a more sheltered spot, and try to somewhat reduce the number of hours it stays in the hot sun per day.

If you notice soft, mushy leaves, this is most likely due to overwatering. This can also cause the foliage to become lighter in color or even translucent. If this happens, cut back on watering and check the soil to see if it's draining quickly enough, as Coppertone Stonecrops don't like to sit in wet soil. In future, make sure to only water again when the soil has dried out completely.