Mums, or Florist's daisies as they are also called, the Chrysanthemum × morifolium is a stunning flowering perennial. It is popular all over the world and is used in a number of ways. You can find them as glorious cut flowers, grown in gardens, kept in pots (both outdoors and indoors), in flower arrangements, in paintings, on wallpapers and even as tattoos.

Big, lush and flowering Potted mums, like those often gifted or seen at a local florist, are usually exotic cultivars and not hardy enough to survive common winter temperatures in USDA 9 and below. They are instead usually treated as annuals by home gardeners.

The true origin of the Chrysanthemum cultivars has been highly debated. And no one really knows for sure which plants are the true ancestors for Chrysanthemum × morifolium.

After years and years of hybridization it is difficult to find the true parents but research has shown that all the cultivars might derive from different Chysanthemums species such as Chrysanthemum indicum, C. zawadskii, C. nankingense and Chrysanthemum vestitum. 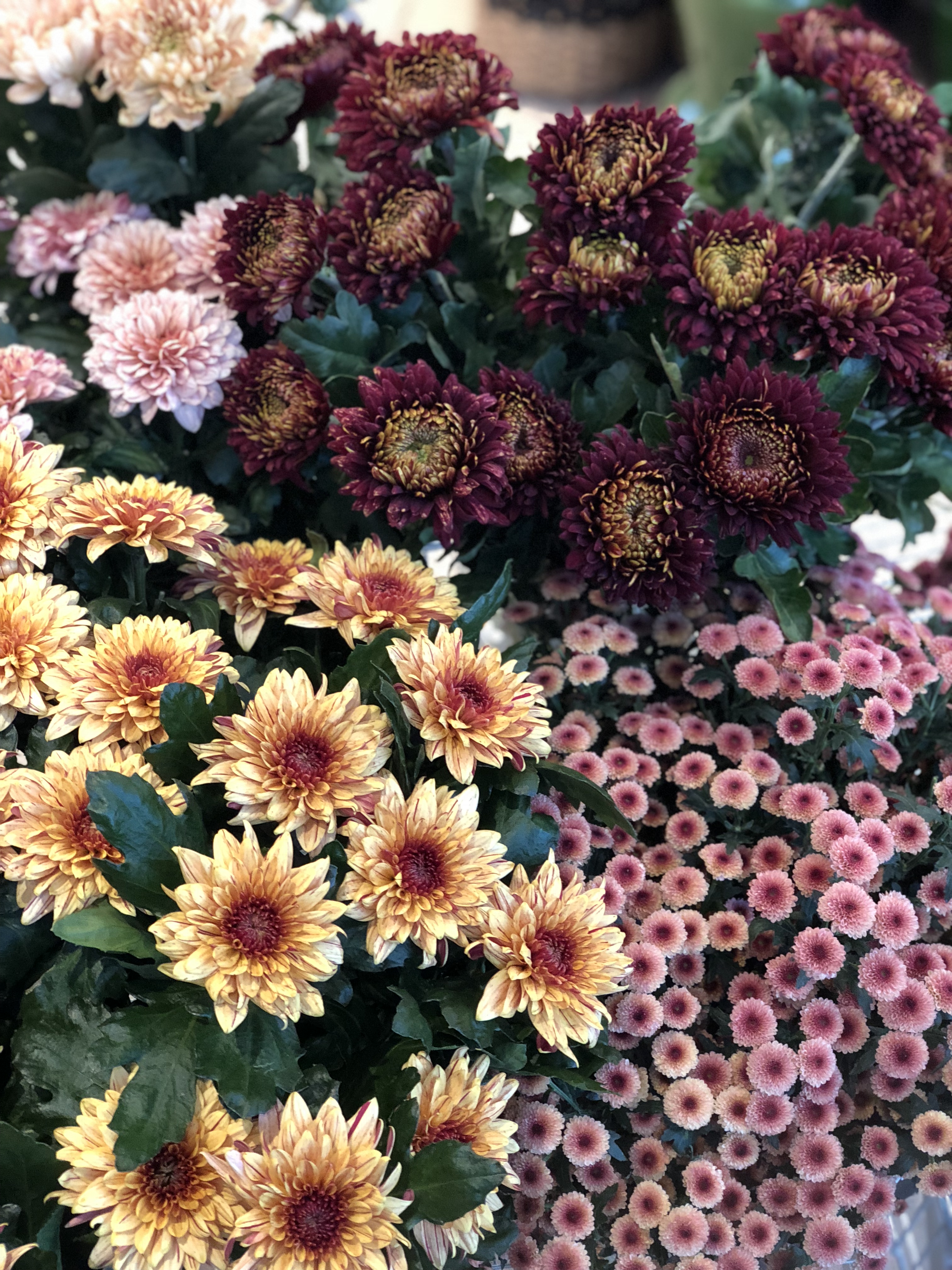 To keep your mums happy and flowering you need to provide them with plenty of bright light. It can handle full sun to half sun, half shade. If you place them too dark it will soon stop flowering. Ideally you should keep it outdoors during the warm season. A slightly colder night temperature will promote more flowers. Just make sure that it isn't exposed to too low temperatures or too much direct sun when newly purchased or when flowering as it could get damaged by the cold or scorched by the sun if it's not acclimated to its new conditions first. When kept indoors it will flower much more quickly and get a spindly and weak growth. If you keep it indoors it won't survive in the long run. It will be more like having a long lasting bouquet of cut flowers, but in a pot instead.

Allow your Mums to dry out between waterings but not too much. Mums doesn't like to dry out too much before it's watered again. If it's repeatedly exposed to excessive drought the risk of getting powdery mildew will increase. Being constantly overwatered can also cause issues such as root and stem rot. Make sure you use a pot with drainage holes and use a potting soil than won't retain too much water to prevent overwatering. 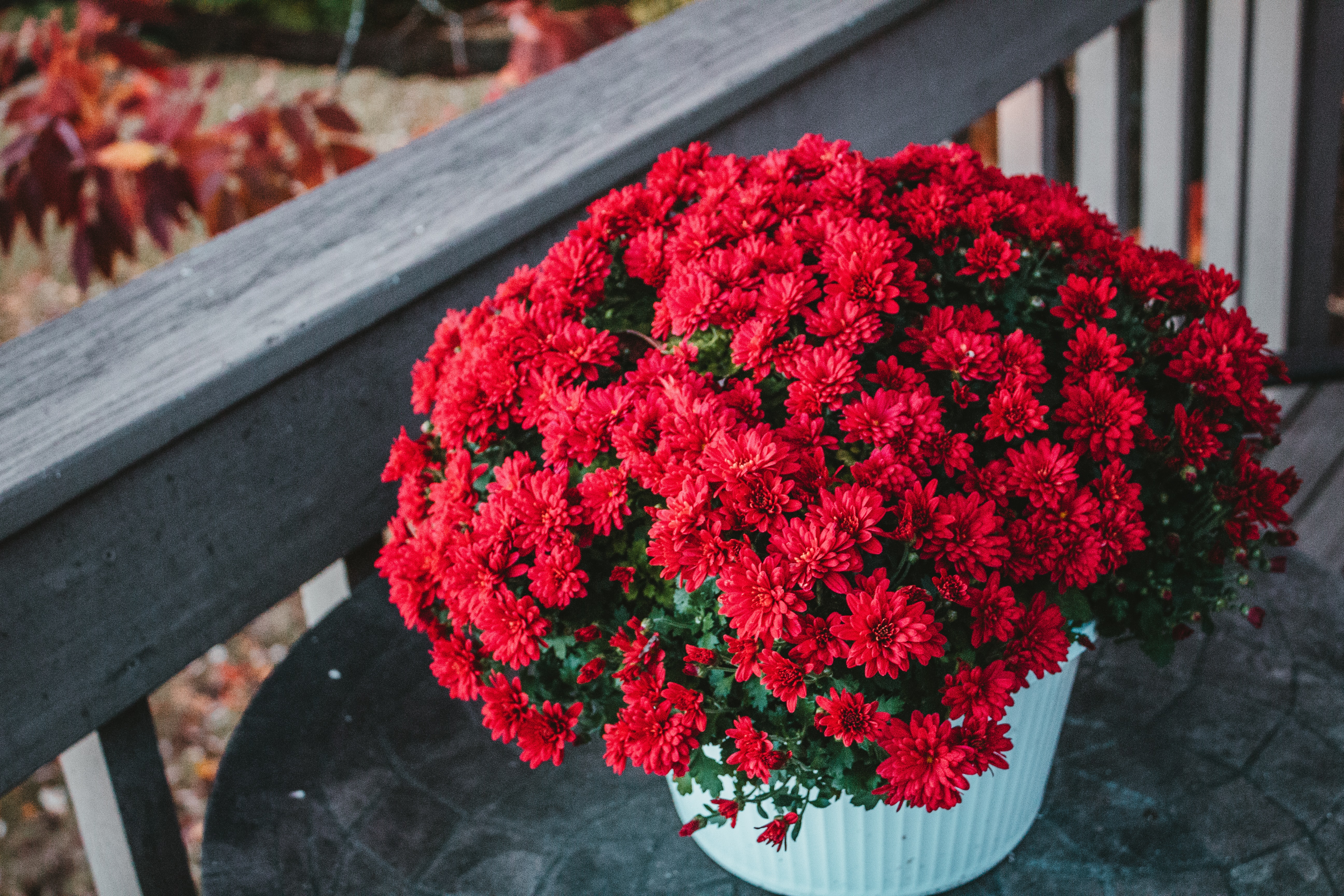 Mums are short day flowering plants and are mostly sold as potted plants in late summer or fall. As short day flowering plants they respond to shorter day lengths. In early summer the daylight is longer and it tells the plant to only produce vegetative growth. As day length shortens, in late summer and fall, their hormones responds and tells the plant to start set buds instead.

When its flowers are spent it's important to keep pinching them back to promote new flowers being produced. By deadheading the spent flowers and pinching back the stems you will also help promote a more compact and aesthetically pleasing growth instead of getting a leggy and tall plant with only a few flower buds at the top.