The variegated Candelabra spurge, Euphorbia lactea 'White Ghost' is a visually striking plant due to lacking almost all of its chlorophyll. Giving it a creamy white appearance, almost looking like bare bones.

The Euphorbia lactea is very easy to care for. It's native to tropical parts of Sri Lanka, that also experience seasonal droughts. It is one of the most common succulent euphorbias in cultivation. The species Euphorbia lactea is actually a mottled dark-green and cactus-like shrub. The variegated cultivar 'White Ghost' lacks almost all of its chlorophyll which contributes to its striking appearance.

The Candelabra spurge is often mistaken for being a cactus. But unlike cacti it belongs to the Euphorbiaceae family and is actually a spurge. The word "Spurge" derives from the Latin word expurgo (“I purge”) and refers to the bitter milky toxic sap, found among many plants belonging to Euphobiaceae, which was formerly used as a purgative.

The cultivar 'White Ghost' is currently highly sought after and is very popular among hobbyist plant collectors. 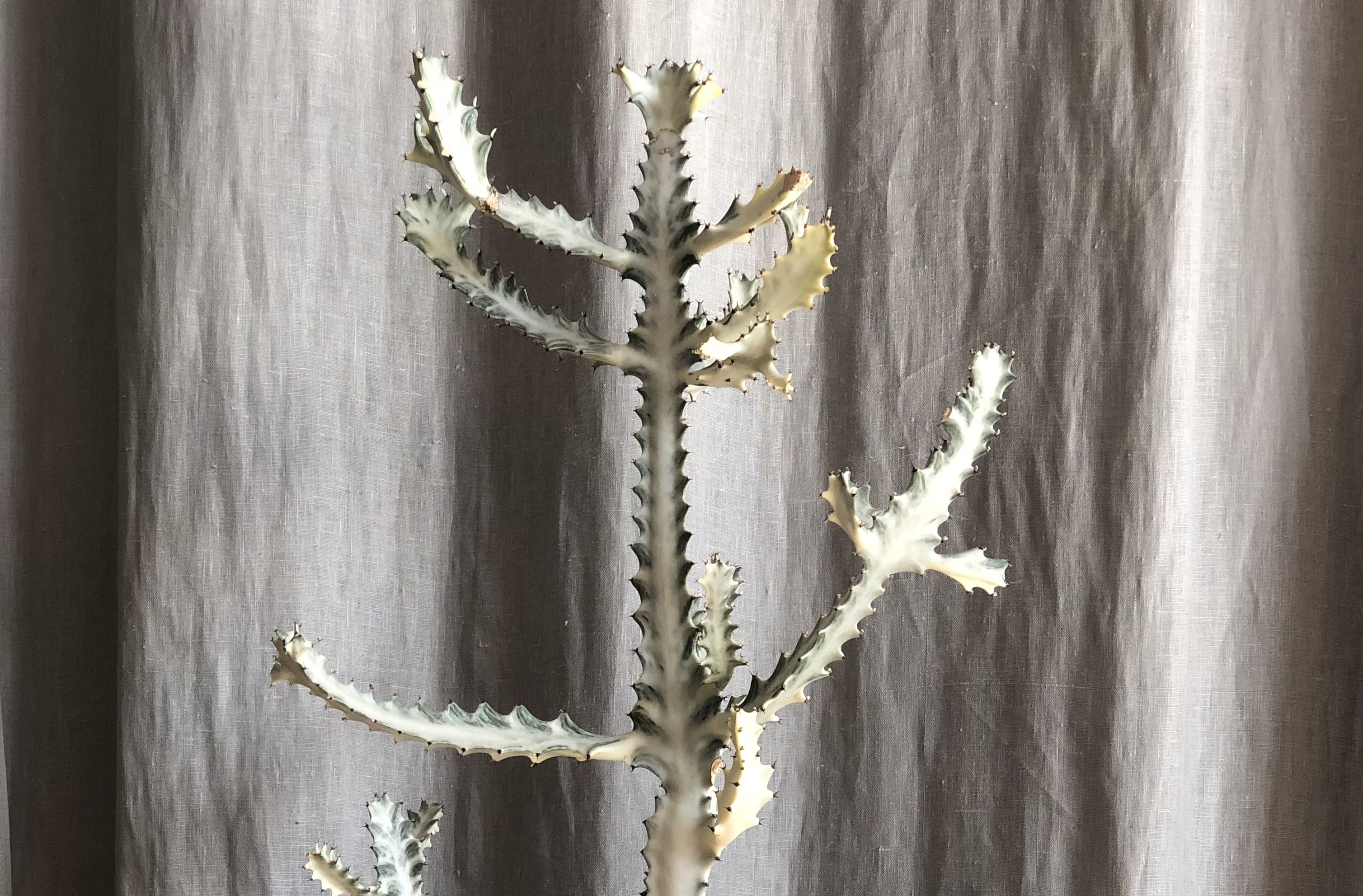 The candelabra spurge is, just like cacti, a succulent plant, and it has therefore similar care needs. Its ability to store water within its stems makes it tolerant against droughts. It prefers to grow in a well draining soil mix which will allow it to dry out between waterings.

Water your Candelabra spurge when the soil has dried out all the way through. If watered regularly and allowed to dry out properly it will be able to grow tiny leaves. When exposed to drought it will naturally drop the leaves.

It will thrive in in a bright spot and prefers to be exposed to direct sun. It requires at least a couple of hours of dappled or direct sun light but can also handle full sun during the whole day. Just make sure it's acclimated to the intense sun before exposing it to it. It can otherwise get sun stressed.

When your variegated candelabra spurge plant experience intense sun its new growth can start to blush and acquire a pink hue. 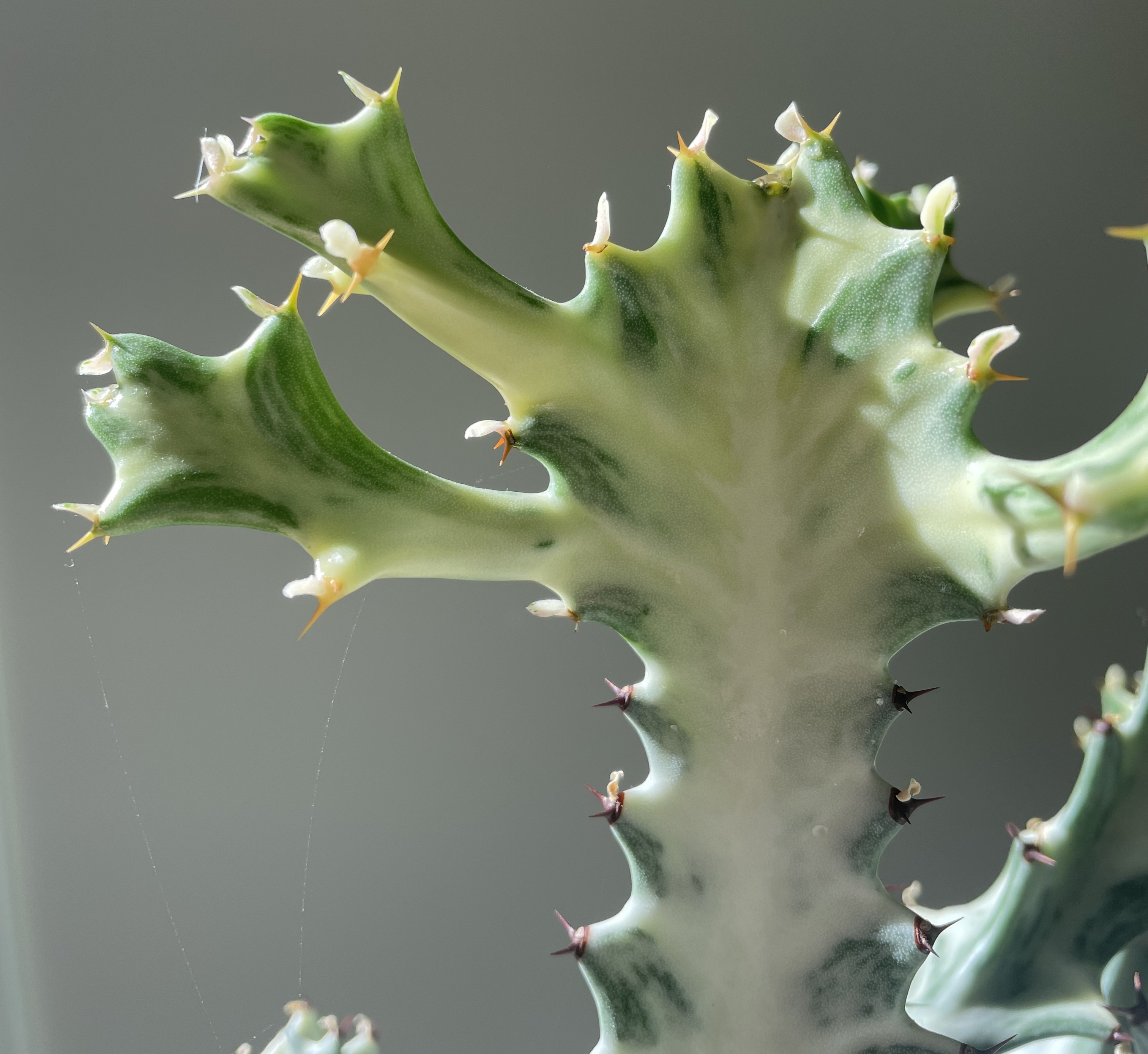 During its growing season it will grow a lot and mainly focus on producing branches, if cared for properly. The branches might start to grow into each other which can cause scars on your plant. You should consider pruning back selected side branches to avoid them colliding with each other. 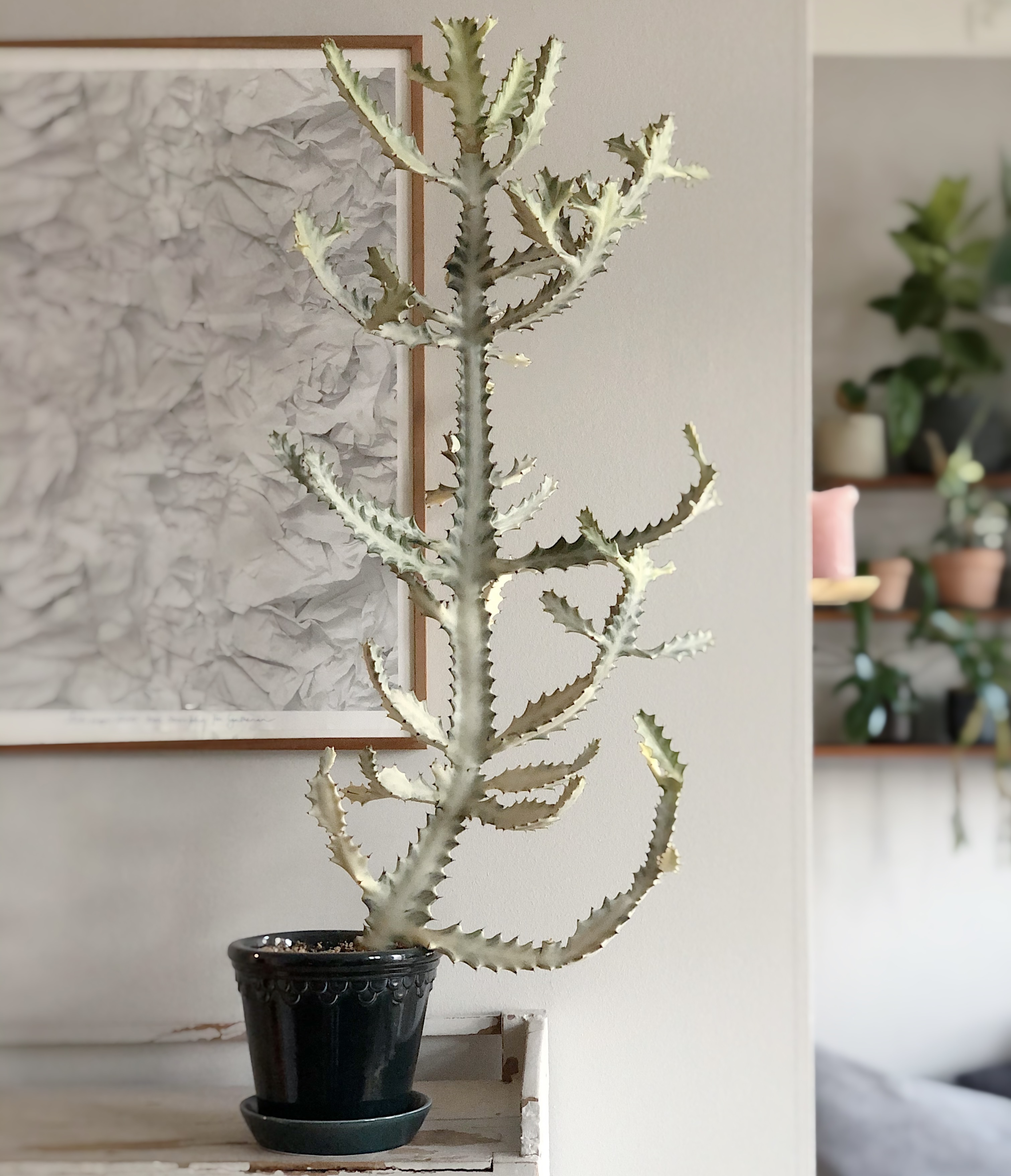