Cactus plants (Cactaceae) are part of a family with almost 2000 known species that can be found naturally in various desert regions across the Americas and in a select few other locations.

The many different types are adapted for their environment, for example, by being able to store and conserve water to allow them to survive periods of drought. This means that some cacti are even able to survive in the driest places on Earth, where there is only very minimal annual rainfall. They can also vary greatly in size, with some types standing significantly taller than an average man, and others easily being able to fit in the palm of your hand. 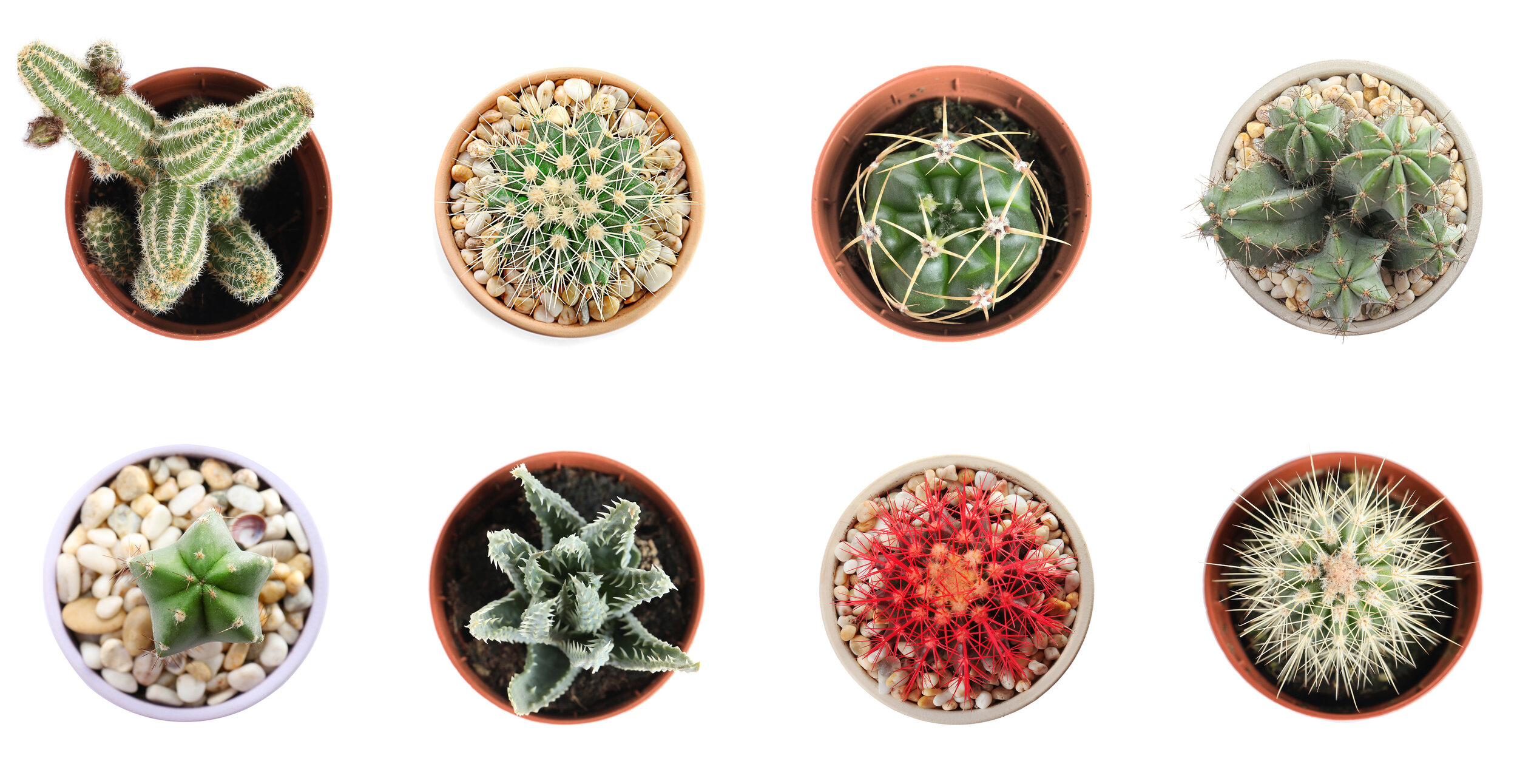 Cacti are wonderful beginner plants, as they need very little care and will stay looking great even after being neglected for long periods of time. In fact, the easiest way to kill a cactus is by watering it too much, so you can largely leave it alone and it will be just fine.

Some types of cactus may also produce attractive-looking flowers every now and then when given the right care. It can sometimes take several years for flowers to appear, and it may not happen at all, as it is typically much more difficult to prompt plants to flower indoors when kept as a houseplant compared to when they're grown in their natural environment.

Make sure to plant your cacti in a pot with drainage holes, preferably a shallow pot, and in a well-draining potting soil in order to help prevent too much water from collecting around your cactus. If it is kept too wet, a condition called root rot can quickly develop, which is unfortunately fatal in most cases.

However, the unique ability of cacti to store carbon dioxide as organic crassulacean acids mean that their stomata can stay closed during the day and instead open at night. As such, significantly less water is lost via the leaves during photosynthesis. The stored carbon dioxide can also be recycled if there is a significant period of drought, meaning that the stomata won't have to open at all during this time.