The Asparagus Fern is an elegant herbaceous perennial with eye-catching feathery foliage. Interestingly, it's not actually a fern! It's more closely related to tulips, lilies and hostas. However, it gets its name from the fact that it looks similar to leafy ferns.

This plant is native to South Africa, where it's found growing in warm, humid forests.

Their leaves are actually not leaves at all - they're called 'cladophylls'. These are small, flat branchlets that give off the appearance of leaves and help give the Asparagus Fern its soft, fuzzy appearance, especially when admired from afar. 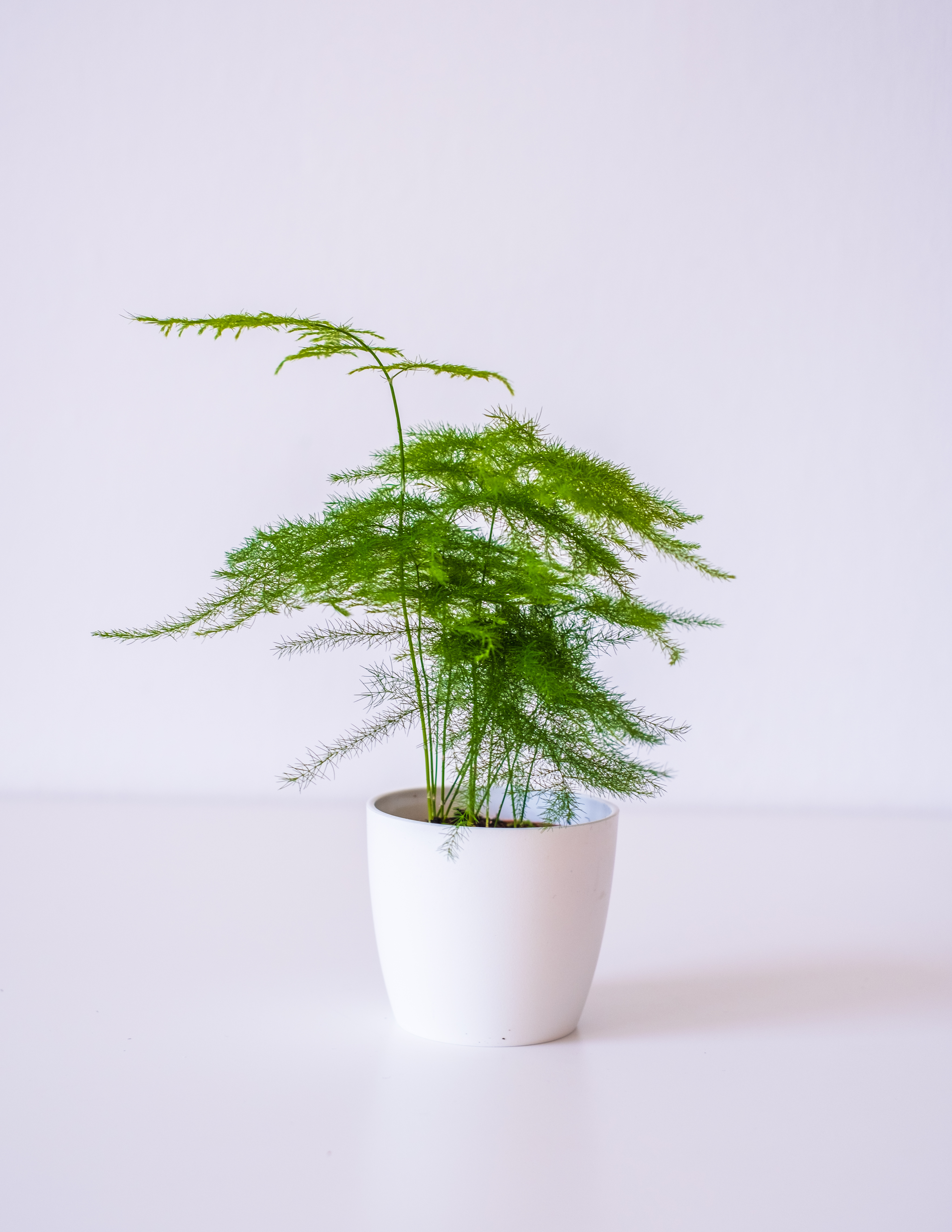 In their native environment, this plant grows under the shelter of the canopies of taller trees. This means that it is adapted to thrive on dappled light. Therefore, it's best to place yours away from bright, direct sunlight, as this will be too harsh for your plant.

The most important thing to maintain is high humidity. You can do this by misting your plant regularly, and you may also want to place your Asparagus Fern on a pebble tray.

They'll appreciate warm temperatures and regular waterings. However, the Asparagus Fern can actually dry out to the point where it may even look like it is dead! Don't panic if this happens - it may be possible to revive by exposing it to plenty of humidity. 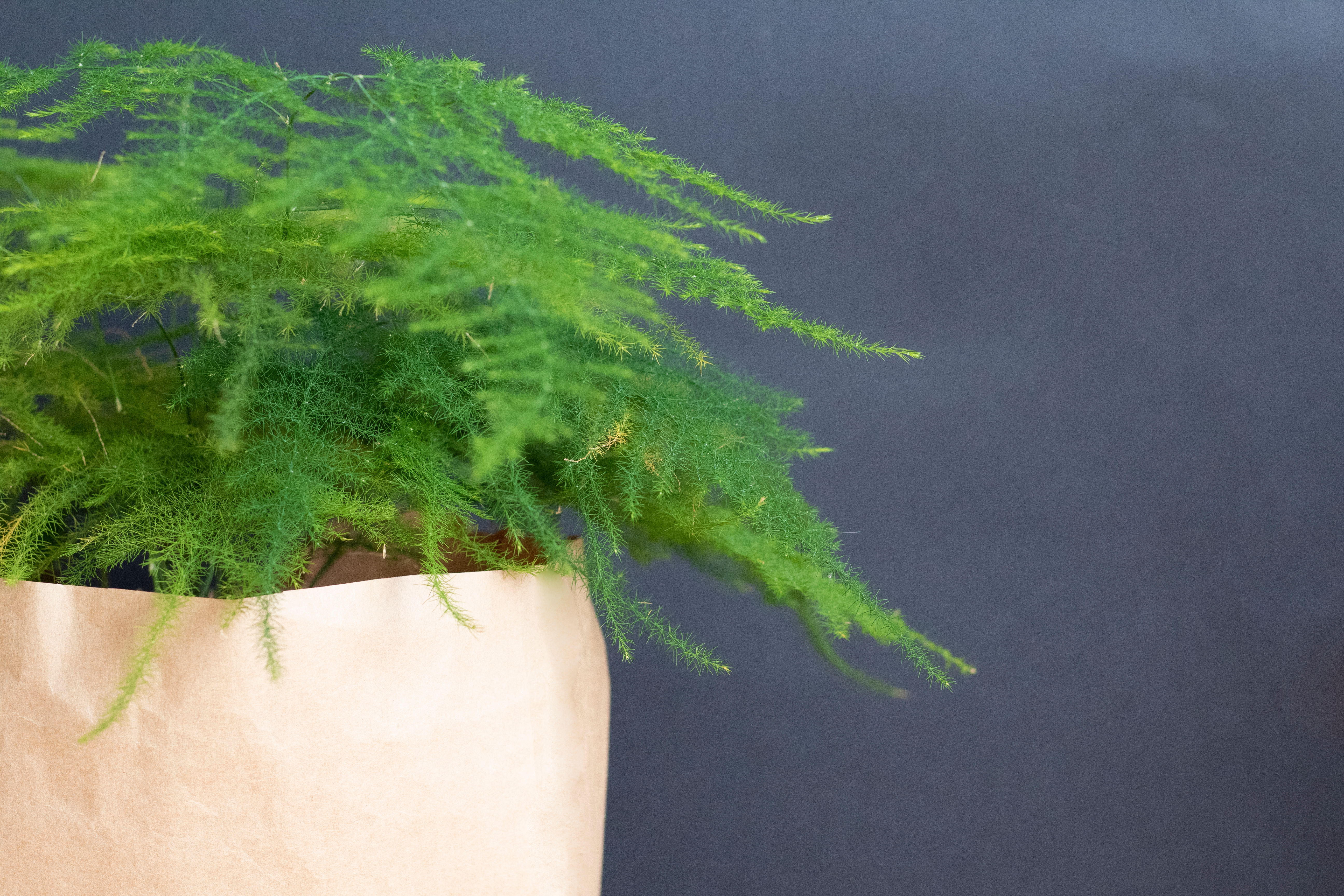 Although this plant gives off a soft appearance, it actually has sharp thorns concealed under its foliage! Therefore, it's a good idea to wear protective gloves when handling or pruning your Asparagus Fern.

Note also that this isn't a plant that likes to be handled, so only do so when absolutely necessary. Touching it too much can cause the plant to become stressed, and its foliage may turn brown in response. It'll do best placed somewhere out of reach, such as on a shelf or windowsill. You can also allow it to drape down for a really beautiful effect - this makes them a good choice for hanging baskets, too.

Despite its popularity as a houseplant, in some regions (such as Hawaii, Florida and New Zealand) the Asparagus Fern is actually considered to be an invasive weed.

Another fun fact is that, unlike true ferns, the Asparagus Fern spreads by seed, whereas ferns typically spread using spores.