The African Milk Tree (Euphorbia trigona), as its name suggests, is native to Africa! Specifically, it originates from Central Africa, where its super fast but non-invasive growth makes it a common choice to be used as a hedge.

Its appearance has given it a number of other common names, including the Candelabra Cactus, Friendship Cactus and Cathedral Cactus. Despite these names though, this plant isn't actually a cactus at all - it's in fact a succulent!

They make great houseplants as they're long-living and low-maintenance. In their native environment, they can grow up to 8 feet (2.4 m) tall at a rate of up to 2 feet (60 cm) per year. Indoors, they won't grow as tall as this, but can still reach an impressive 4 feet (1.2 m) in height. As such, they make a wonderful corner plant, provided that they get enough light there. 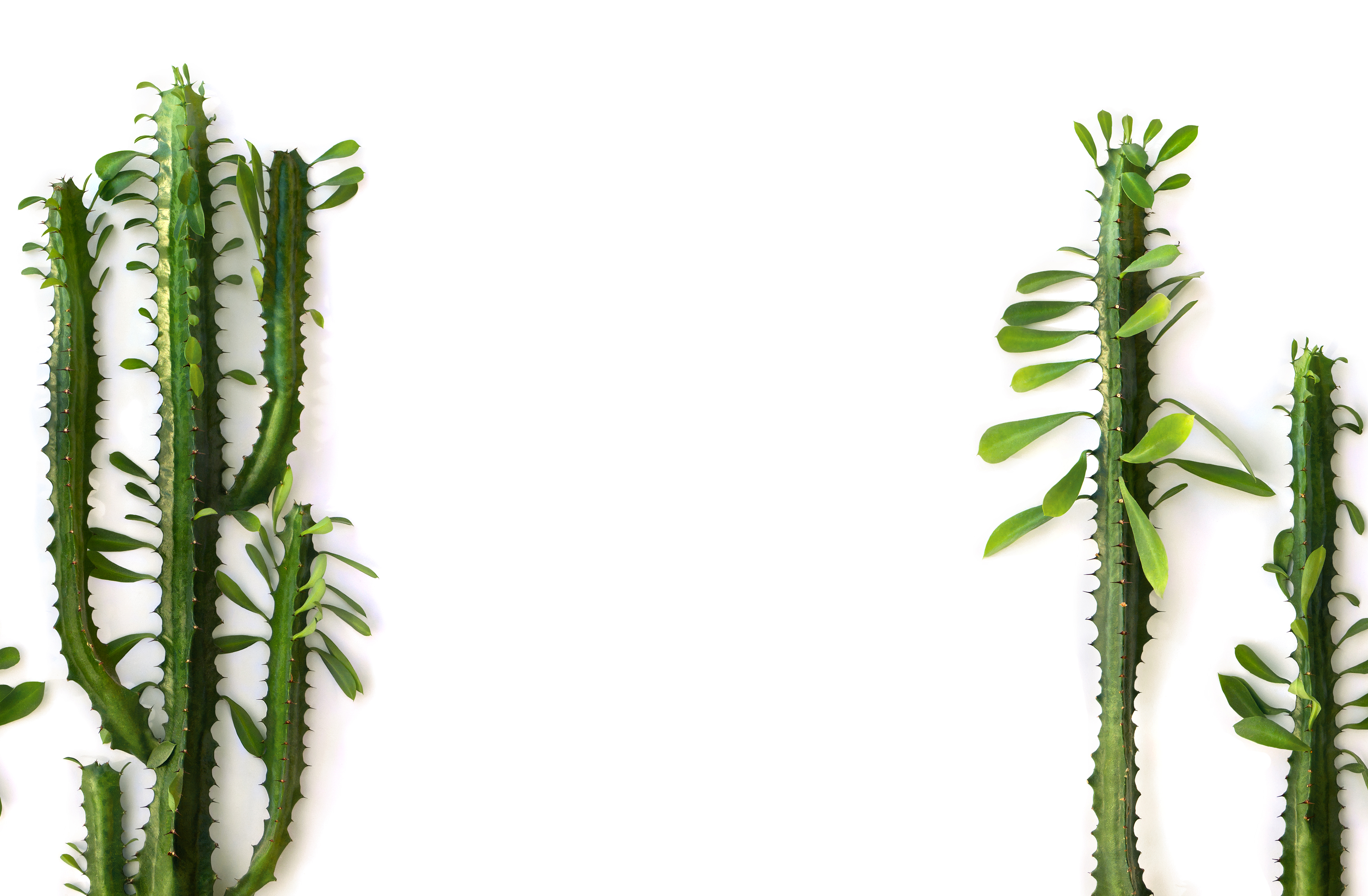 The African Milk Tree is a fantastic plant for beginner plant owners or those who travel a lot, as they'll do just fine if left largely to their own devices.

They enjoy plenty of light and will appreciate full sunshine as long as you don't live somewhere excessively hot. They're fairly heat-tolerant in general, but on the other hand, they don't appreciate the cold. Be sure to protect yours from chillier temperatures, and if you keep yours outdoors you'll need to bring it in before the temperatures start to drop too significantly as the seasons change, as they won't survive the winter outdoors.

This is a drought-tolerant plant, so you definitely don't need to worry if you accidentally forget to water it for a while. They're used to dry, arid climates, and so should only be watered again only when their soil is completely dry. It's very important to ensure that your plant pot has drainage holes so that your African Milk Tree won't end up sitting in water. 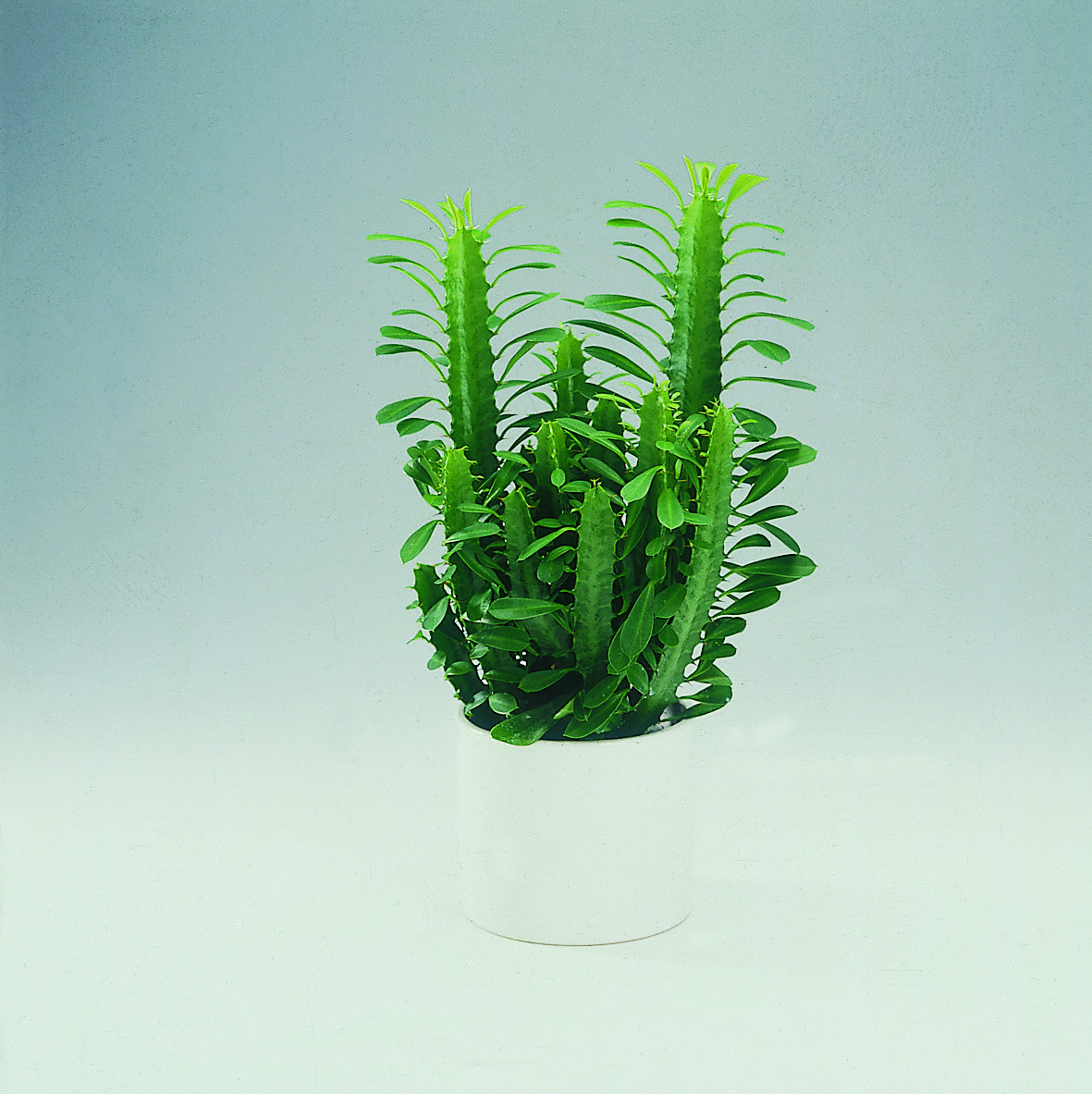 The 'Milk' part of this plant's name comes from the fact that it produces a milky-looking sap that is contained in its stems. All plants within the Euphorbiaceae family actually produce white latex sap when they are cut. Note that this sap is toxic and irritating to the skin, so keep it out of reach of pets and children. You should be sure to use gloves to protect yourself if you're going to be handling your African Milk Tree. This will also help protect your hands from this plant's cactus-like thorns.

In India, the sap is used in a mix that is applied to new blades on knives and axes in order to help sharpen them. Another interesting use of the African Milk Tree is in tropical Africa, where this plant is used ceremonially and is planted as part of some rituals.

African Milk Trees can live to a very old age. They've even been known to still be able to flower at 60 years old! 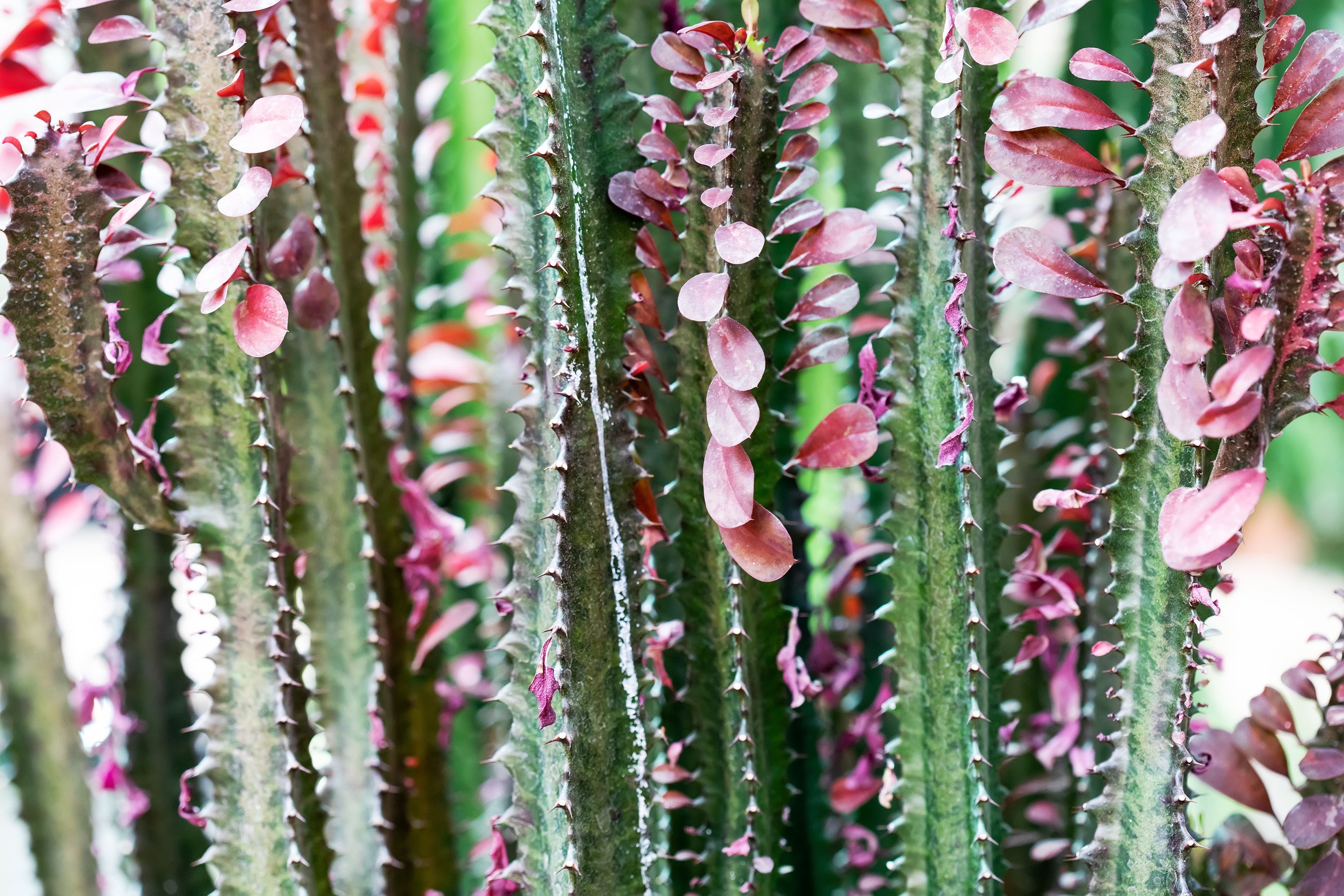