Fungus gnats are rather aptly named little bugs. They feed on fungi and decaying plant material in the soil but can become a pest when humidity and moisture levels are high.

These insects are about the same size as a fruit fly, although they are darker and more slender when you take a close look. They are attracted to the moisture of the soil, and so are mostly seen walking around on soil surface. You'll also spot them flying around the pot and even the windowsills if the infestation is extensive. Other signs to look out for are: 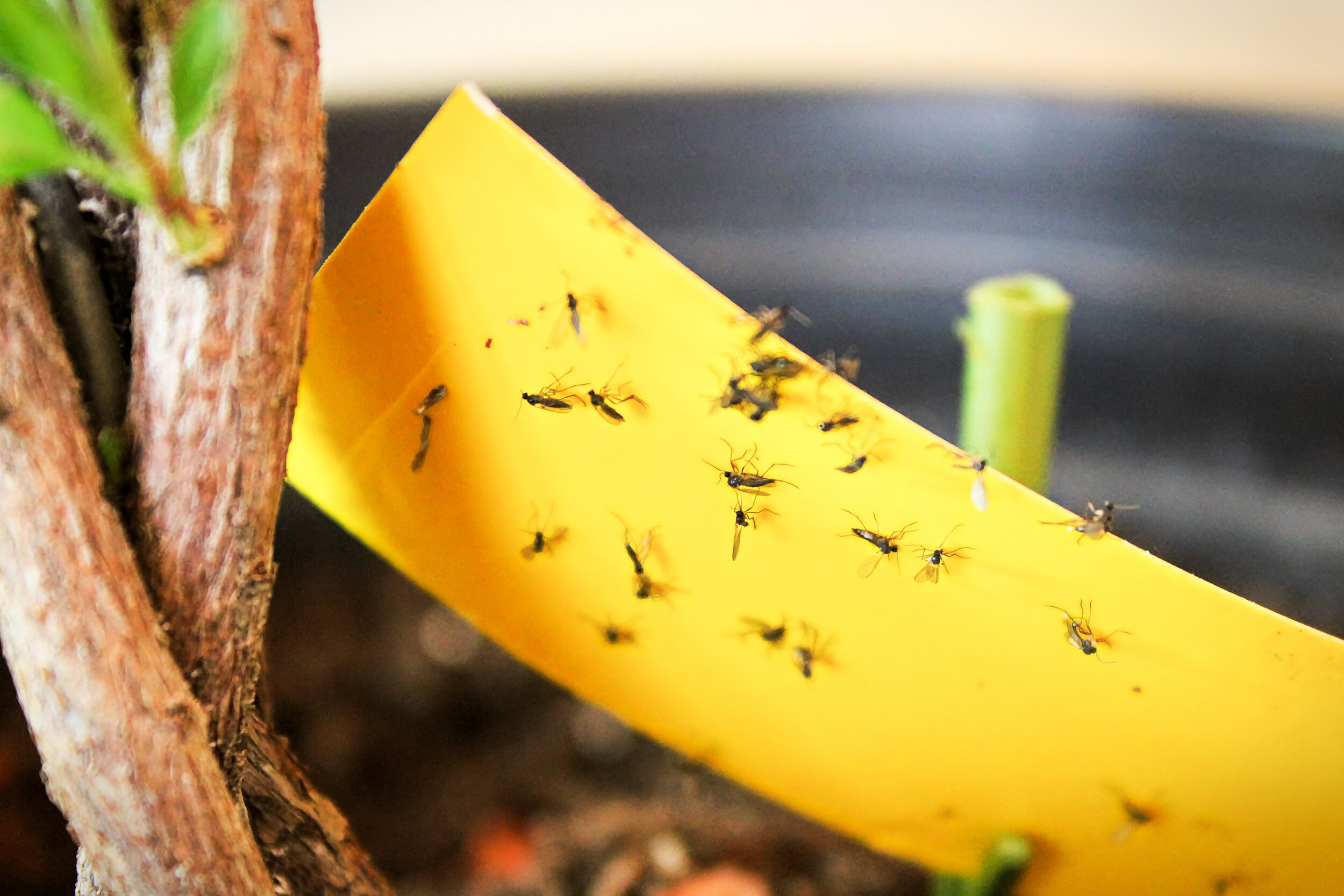 Treatment: Fungus gnats actually don't do much harm to your plants on their own. They can, however, be very annoying to deal with flying around your home. Here are some things you can do to treat fungus gnats:

1. Make sure the soil dries out between waterings

3. You may also consider using biological control such as nematodes, predatory mites or the popular Bacillus thuringiensis

CAN I PREVENT THIS IN THE FUTURE?

If you've got more than a few plants, some fungus gnats are inevitable. Just keep an eye on your collection so you can treat the issue before they get out of hand. Keeping some sticky fly traps close to your plants will catch some of the adults flying around and keep numbers under control. If they begin to increase in number, that's a sign that you might need to take action. 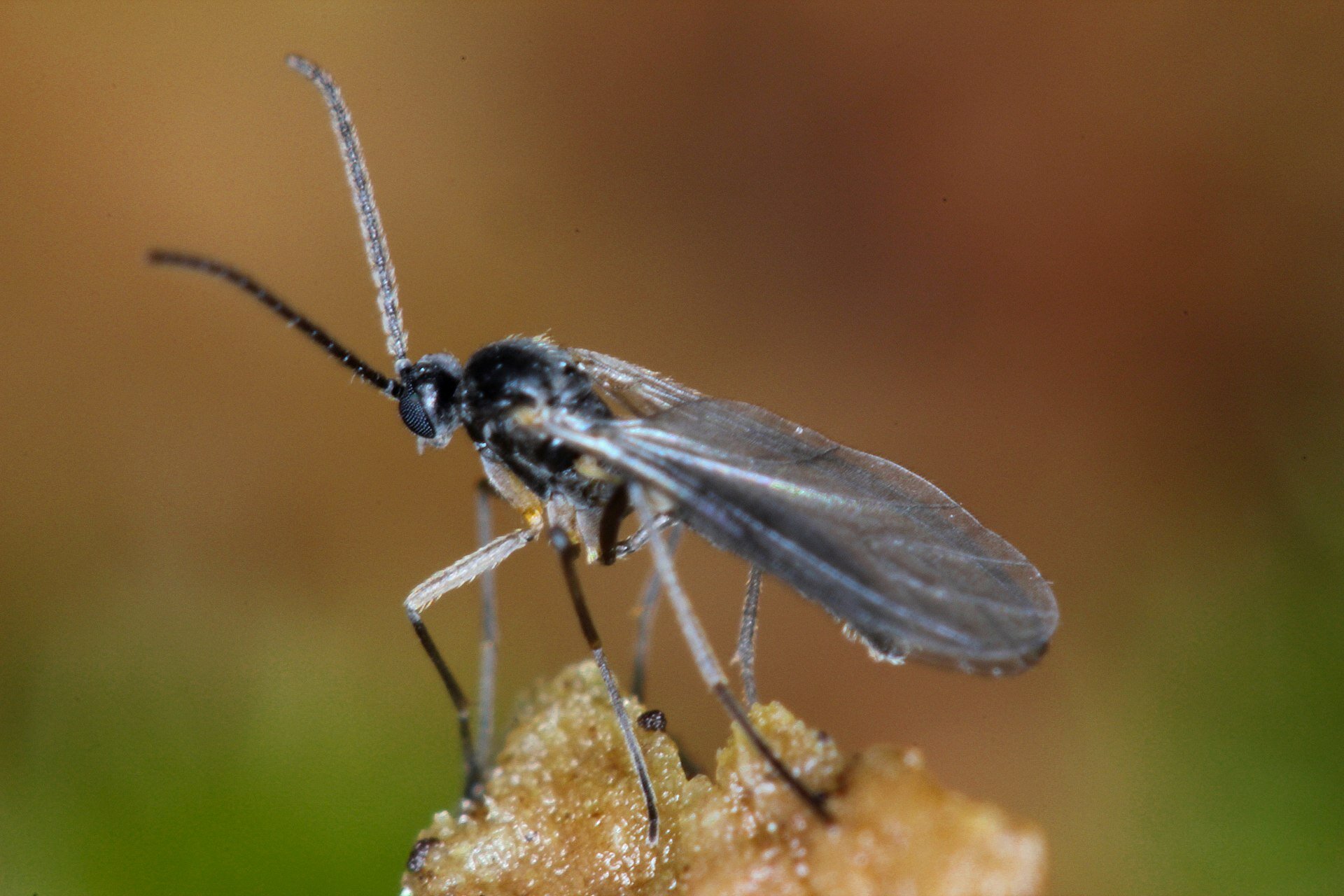 WHAT DO THEY EAT? Their main food is fungi, leaf mold and organic material in the soil, so maintaining your plant’s general health will help to reduce the risk of drowning in fungus gnats.

DO THEY BITE HUMANS? Luckily, fungus gnats don’t really do any damage to plants or humans, so you don’t have to worry about them biting you.

HOW LONG DO THEY LIVE? A generation of fungus gnats can be produced within about 17 days, although in warmer temperatures this can be accelerated. Adults only live for around a week, but can produce up to 300 eggs which have a relatively short gestation period (around 4 days), meaning that multiple generations can exist in the same pot. Therefore, if applying an insecticide, it may be necessary to use multiple applications to ensure that all eggs are eliminated.

CAN THEY FLY? Fungus gnats can certainly fly, however, they are quite weak fliers so are more likely to be found close to their host plant or near a window.

ARE MY PLANTS AT RISK? If your plants frequently stand in damp, poorly-drained soil, then they may be more prone to attracting fungus gnats. Ensure that your pots have drainage holes and that you use a potting mix containing a higher proportion of perlite/ sand if you feel that it is not draining well. Also check your plants for decaying organic debris. By making your plant’s conditions less hospitable for fungus gnats, you should be able to deter them from taking hold in the first place.