Cochineal scale bugs can be found on different types of cacti, appearing as a cotton-like mass across the plant surface. It can cause significant damage if not controlled, so make sure to take action quickly.

Cochineal scales weaken the plant and can in severe cases eventually kill it. Luckily though, this type of infestation is relatively easy to identify as it has clear visible symptoms. Things to look out for include:

1.Isolate the infected plant to avoid it spreading to other plants

2. Spray with insecticidal soap and then scrape them off

3. Clean the area where the plant was placed with regular water 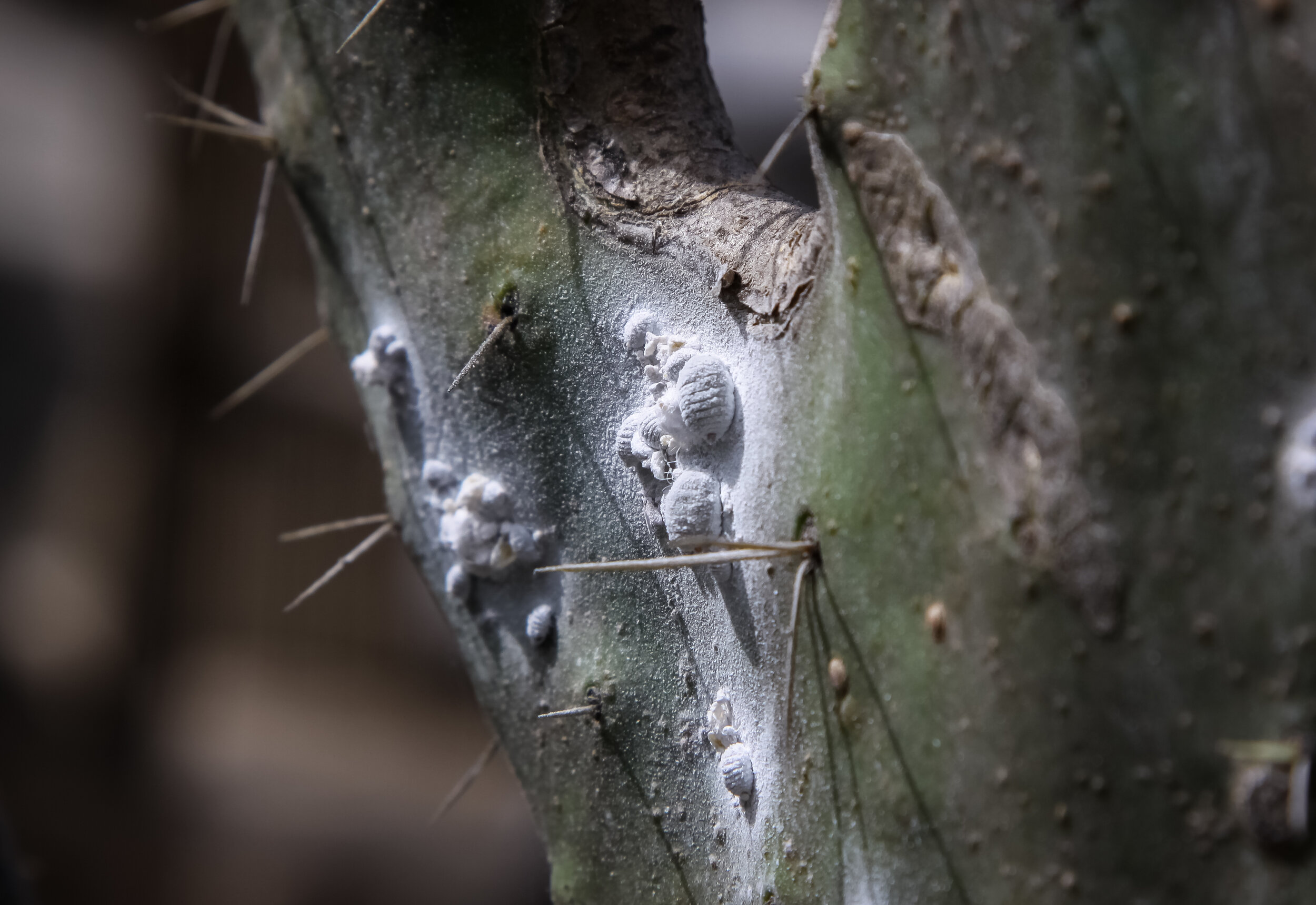 CAN I AVOID THIS FROM HAPPENING AGAIN?

Make sure to inspect your plants thoroughly on a regular basis, paying particular attention to joints/crevices. By quickly removing any early signs of an infestation, you’ll stand a much better chance of preventing it from taking hold and causing damage to your plant.

HOW BIG ARE THEY? Adults are about 0.2 inches (5mm) long. Though they’re small, they tend to clump together in cottony masses, which makes it easier to identify and spot them.

WHAT DO THEY EAT? They feed on the pads of cacti - most commonly of the prickly pear variety. They do this by attaching to and piercing the skin of the plant and then sucking up the juices, which can lead to weakening and eventually even death of the plant.

HOW DO I TELL THEM APART FROM MEALYBUGS? The red ‘dye’ is what sets Cochineal scale apart from Mealybugs, so squishing the white mass will quickly tell you what you’re dealing with.

WHAT EXACTLY IS THE COTTON-LIKE WAX COVERING MY PLANT? Cochineal scale bugs produce this wax as a protective coating to shelter themselves and their eggs from predators and harsh sunlight. Nymphs will begin to settle and produce this wax after around 3 weeks of crawling and feeding on the plant.