Cercospora beticola is a type of airborne fungus which can be particularly harmful to sugar beets, giving it its alternative name ‘Sugarbeet leaf spot disease’.

This is a potentially harmful fungal infection called Cercospora beticola. Mostly, it affects sugar beets and some leafy vegetables, such as spinach and swiss chard. However, it can also sometimes be found on houseplants.

It can develop as a consequence of overwatering or if your plant has been standing in water for a prolonged time. This is never good for your plant’s health, as it can lead to a number of issues that can be quite hard to treat. As a general rule, follow Planta’s watering schedule and always check the soil before watering - you can snooze the watering task if necessary. 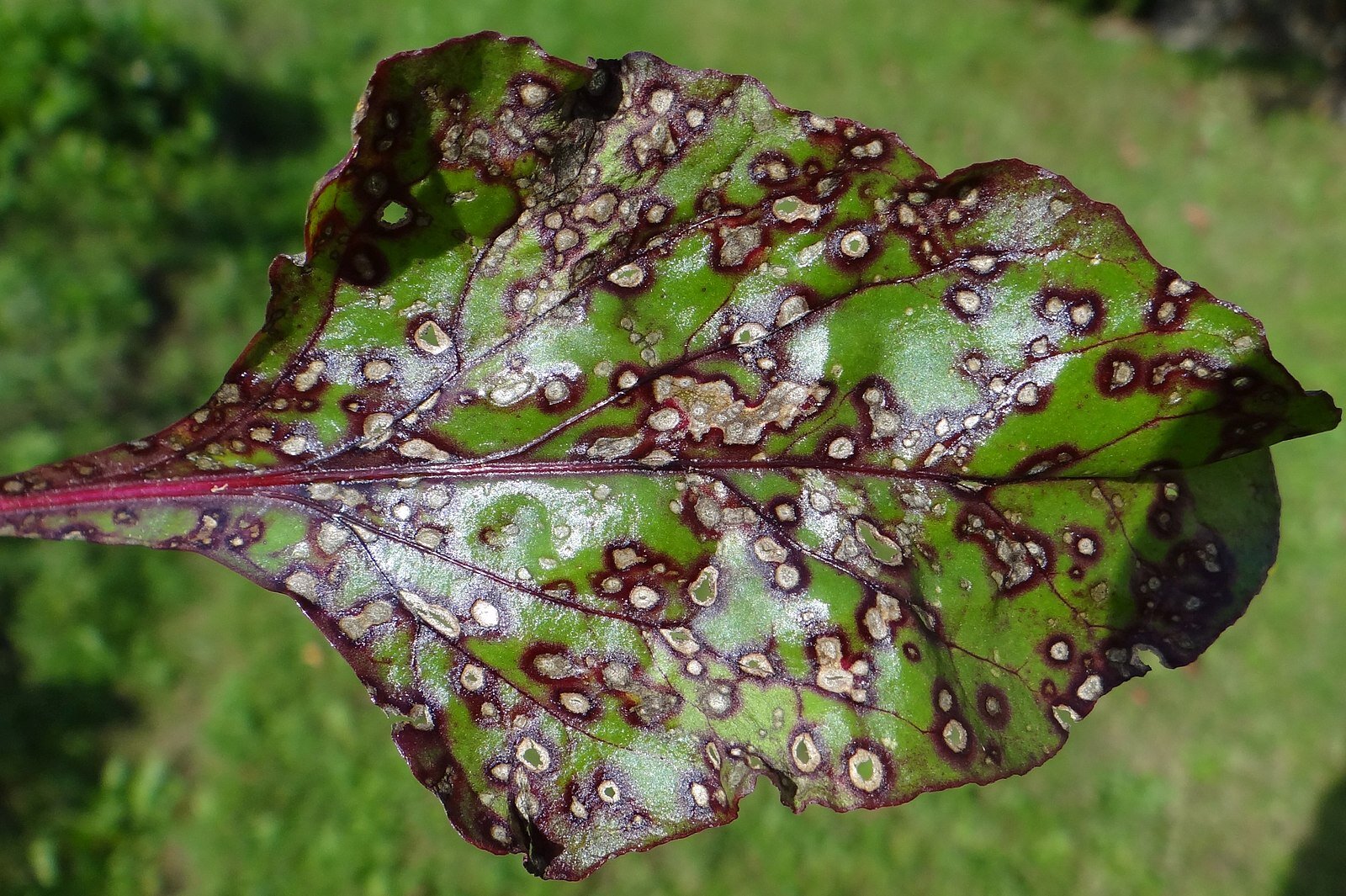 The symptoms of a Cercospora beticola infection are typically seen on the leaves, in the form of small circular lesions (around 2-5mm) which can be black, white or brown-gray. They can sometimes have characteristic reddish-purple rings around these spots too.

These spots tend to appear first on the older leaves, before eventually progressing to younger leaves too.

Alongside this, the leaves may exhibit chlorosis (yellowing), browning and drying out. If the infection spreads extensively, then large areas of dead tissue may occur, eventually resulting in the death of the entire leaf.

Firstly, it’s a good idea to bear in mind that there are many pests that can cause the same sort of marks on the leaves as Cercospora beticola. Before going ahead and applying treatment against fungus, you should thoroughly check your plant for pests - it’s a good practice to do this every now and then even if you don’t think your plant is showing any obvious symptoms yet.

How to treat Cercospora beticola: 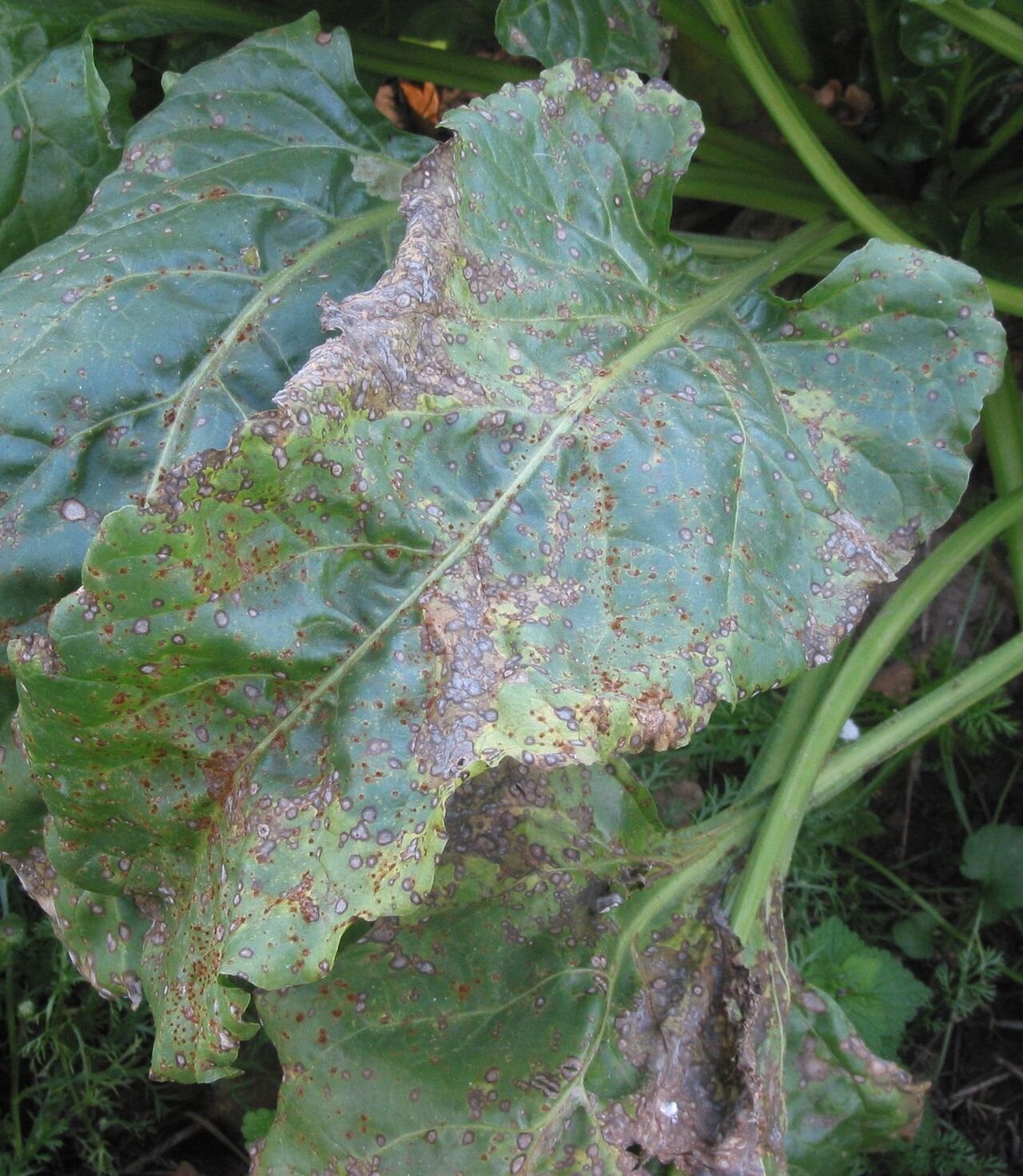 HOW TO PREVENT THIS FROM HAPPENING AGAIN

To try and prevent a repeat infection, you should try to make sure that your set-up is as inhospitable as possible for unwelcome fungi. Favorable conditions for the disease to take hold are areas of high humidity, that are sheltered from wind/where plants are crowded together (i.e. poor air flow). Warm temperatures and prolonged periods of leaf wetness can encourage a number of funguses to set in, including Cercospora beticola - usually over 11 hours of consistent wetness is when infection is most likely to occur. Therefore, if you ensure that your plant isn’t overwatered and has sufficient surrounding airflow, it will reduce the chance of fungus from developing again.

Spores can be passed on by the wind or by splashing water, so it may be a good idea to avoid overhead watering for a while if a plant has been infected. Similarly, if you have your houseplants outdoors and they are exposed to heavy rainfall, you should consider providing them with some sort of shelter so that their leaves don’t stay wet for too long.

The most vulnerable times for infection are during the warmer months, i.e. late spring and early summer - especially if you tend to experience warm but rainy springtimes where you live. During this time of the year, it’s a good idea to keep an extra eye on your plants.