Want to learn more about The Key to Succeeding With Succulents!

What exactly are succulents?

Succulents are a group of plants that store water in their characteristically plump, fleshy leaves. They're typically found in arid environments (like deserts), meaning they're adapted to high temperatures, full sun, infrequent watering and low humidity.

The word succulent comes from the Latin 'sucus' meaning 'sap', referring to the capability of their leaves to store water. This allows them to withstand prolonged periods of drought. In their native environment, they receive only occasional rainfall and which provides enough to keep them going for several weeks. In keeping with their natural environment, succulents are typically unable to survive temperatures below freezing. Extreme temperatures can, however, sometimes cause them to change color (known as 'blushing'), with some varieties showing vibrant shades of reds, pinks, oranges and purples.

There are many varieties of succulents that can vary greatly in appearance, showing many different patterns and leaf shapes from wide rounded, circular edges to thin sharp points! 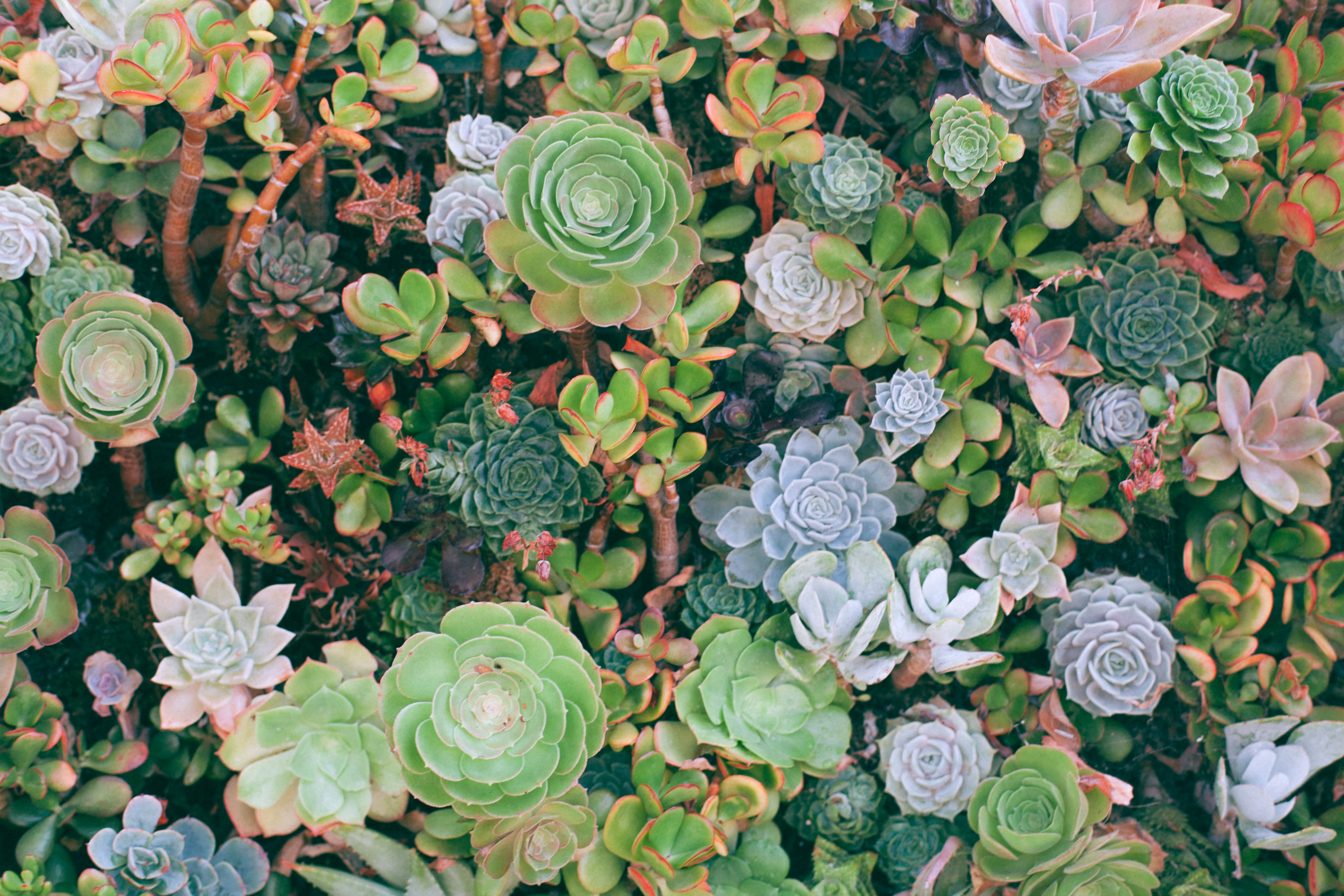 Unsuitable soil Unfortunately, it's often the case that succulents sold in stores and nurseries are planted in soil that isn't actually suitable for them, especially when they're grown as houseplants. Therefore, it's usually always a good idea to repot them as soon as possible using a gritty, well-draining soil. This allows the plant to dry out over a short period of time, which is necessary for your succulent to stay healthy and happy.

The soil found in many nurseries is often made predominantly from peat. When peat dries out it becomes hydrophobic (water repellant). When you water again later on, the soil can end up either retaining too much water like a sponge or repelling the the water to the point where it only runs down the sides of the pot and doesn't soak into where the roots are located. These factors can prevent your succulent from being able to take up water correctly and also increases the risk of overwatering.

It's also worth noting that not all cacti soil found in stores is actually good for your cacti and succulents. Make sure to check the ingredients / composition and check that it's gritty enough for your succulents.

Lighting requirements Succulents like the sun - and plenty of it! If possible, you should always place your succulents in full sunlight during the growing season. However, part sun, part shade can also work for most succulents (generally speaking). If your succulent starts to look unhappy and you're not sure why, a common culprit is a lack of sunlight. Try moving it to a sunnier spot in your home and hopefully it should perk up soon.

Although these plants like full sun conditions, its important to remember that they can get a sunburn just like regular houseplants. If you've kept your succulent indoors and want to move it to a sunnier area, adjust it slowly and be sure it doesn't get blasted by hot, direct sun without acclimating to these conditions first.

Avoid overwatering When it comes to succulents, it can be very easy to 'kill it with kindness'! You may have felt that instinct before, to just give it a little bit of water because it's been a while and it looks dry, but succulents can go a very long time without water. In fact, they actually like drying out completely between waterings. It's much easier to kill a succulent by overwatering it than by underwatering it, so if you're ever unsure then it's much better to hold off on watering than to risk giving it too much.

If the soil looks very dry but the leaves of your succulent are very firm and upright, wait to water. Their leaves will feel slightly soft when dehydrated. 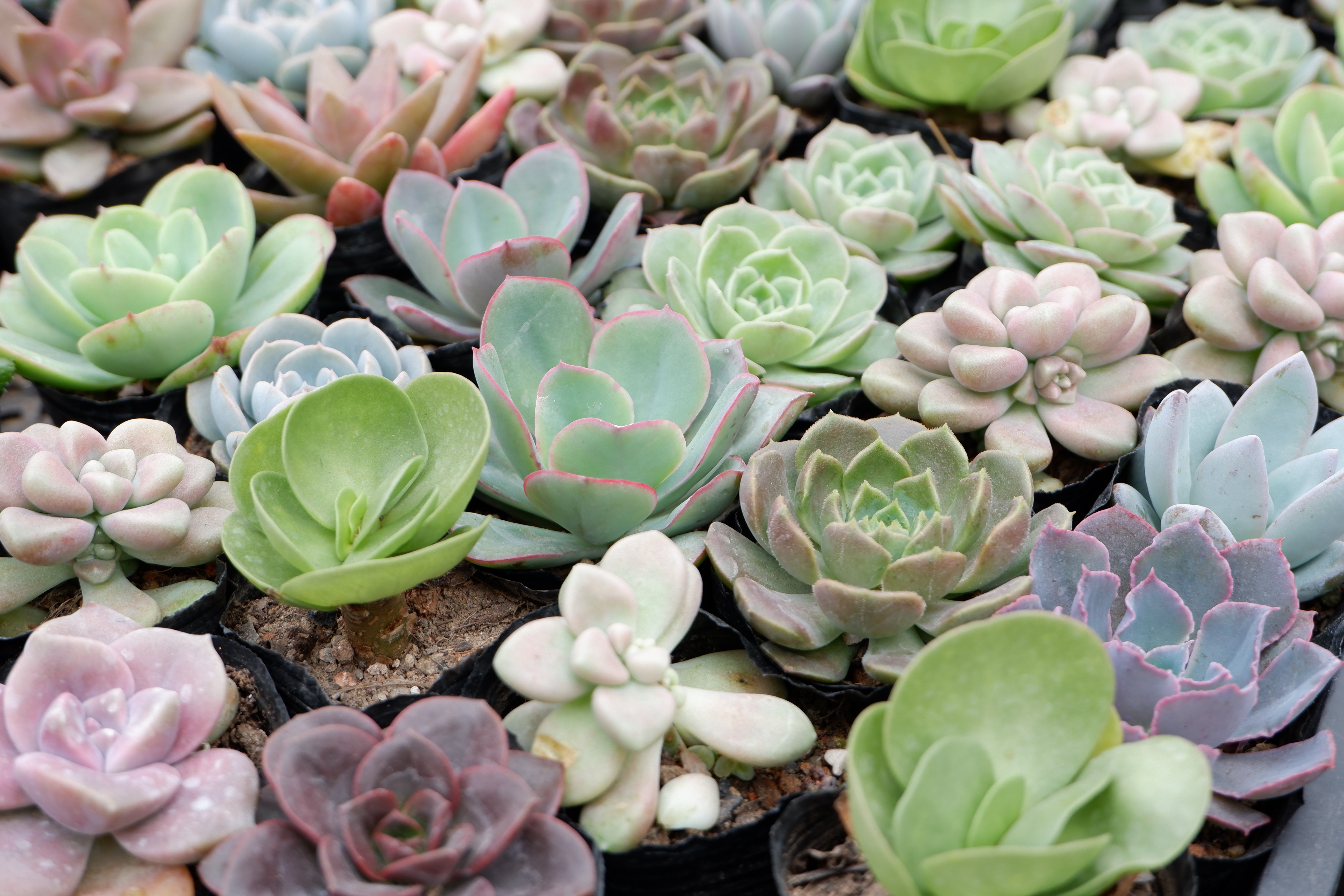 How to help your succulents to thrive

You should gradually introduce your succulents to their new outdoor home, as a sudden change in environment (particularly in temperature / lighting conditions) can leave them vulnerable to sun damage, as it initially needs time to adjust to the change. Just like humans, succulents can get sunburnt, and can also struggle if they get too hot. It's a good idea to start them off in a shady area as the temperatures start to warm and then, after a week or so, move it to a slightly sunnier spot. Repeat this method of waiting a week in between each interval until your succulents are eventually in their final chosen spot.

Allow for dormancy Ensuring that your succulents undergo a successful dormancy period increases the likelihood that you will be rewarded with flowers once the warm season arrives again. During dormancy, your plant is not actively growing and needs less water (and less general care) than it normally would. In order to encourage dormancy indoors, you'll most likely need to adjust the temperatures your succulents are kept at, as normal indoor winter temperatures can encourage your plants to continue growing all year round. Cooler temperatures will drastically slow down your succulent's growth rate, so it's very important that you water less during this time (otherwise your succulent could die from root rot). Going through this cycle will help encourage your succulent to develop more flowers - in fact, many varieties won't bloom at all without experiencing a cold period first. 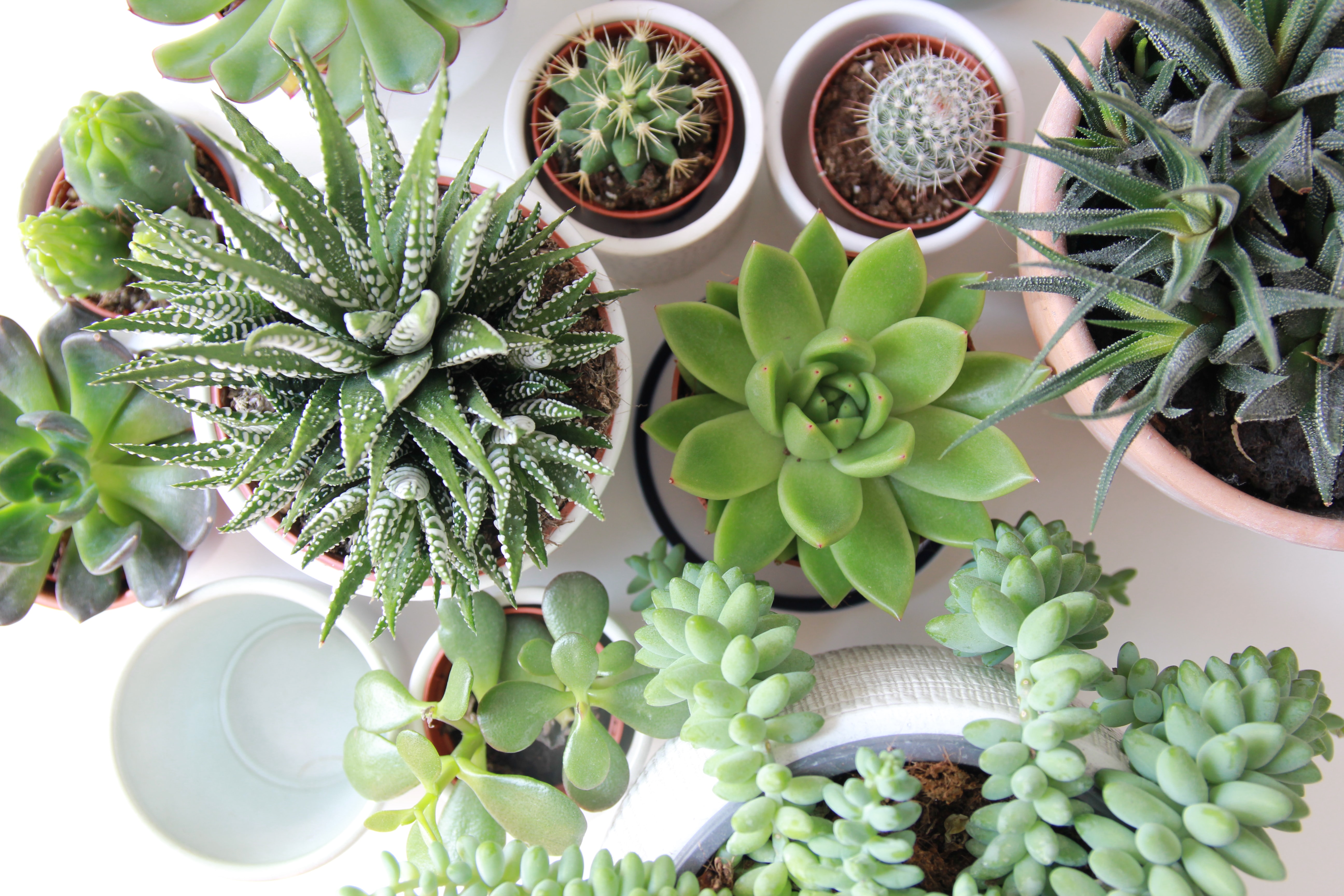