White things appearing in the soil could be the result of a Springtail infestation - this could either be the Springtails themselves or their larvae, which are also light in color.

Springtails are small, insect-like creatures so-named because they can use their tails to jump pretty high! They feed on decaying organic matter, fungi, pollen and algae. Because of this, they're drawn to damp, moisture-rich conditions, such as an overwatered plant.

They don't harm the plant itself, as they only feed on material that is already dead (i.e. they won't directly eat their host plant but they may, for example, feed on dead leaves or roots). 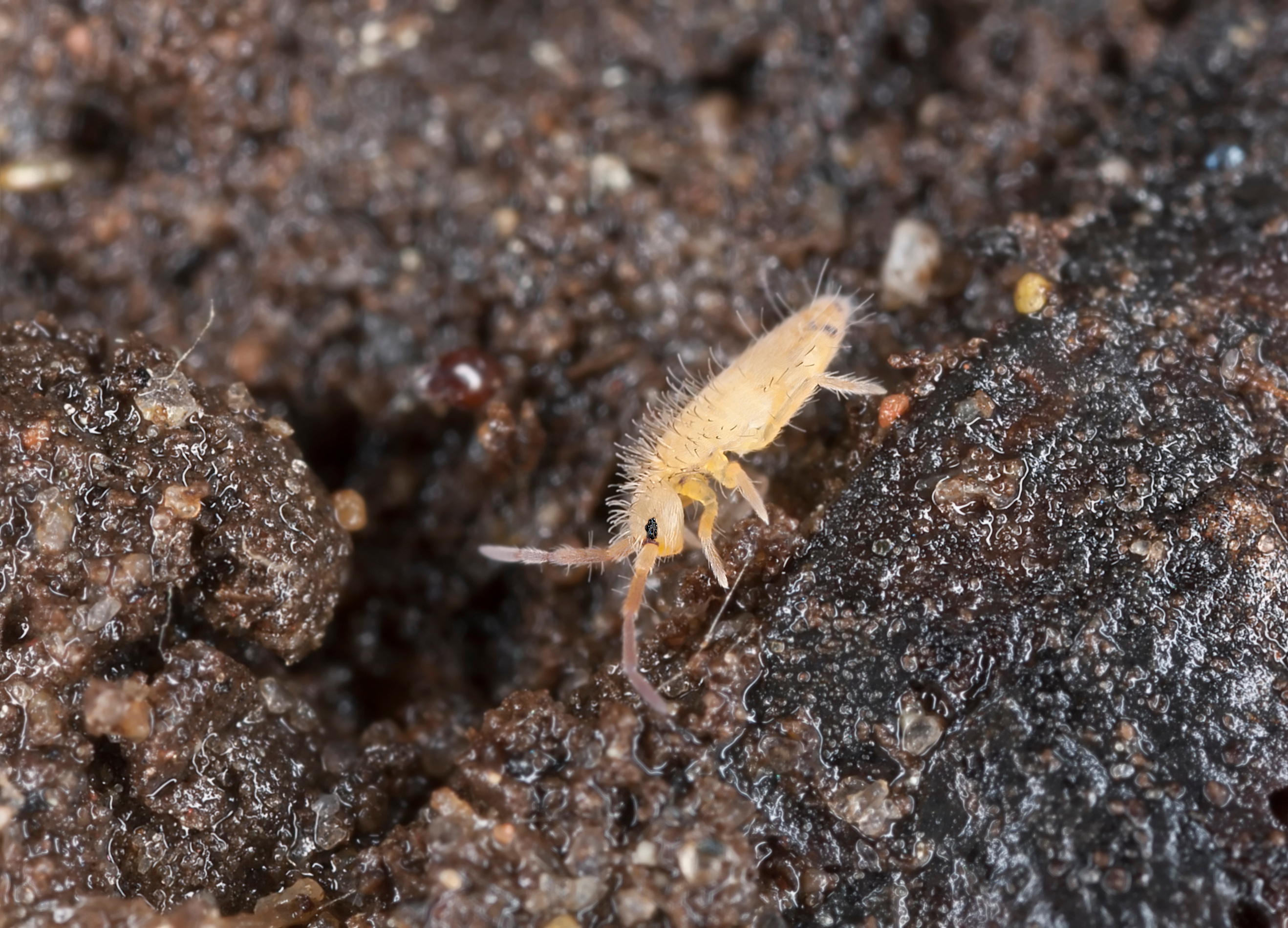 Springtails are little in size and can come in a range of colors besides white, such as black, brown or gray. Sometimes they're even brightly colored! One way to tell them apart from other pests (aside from their characteristic jump) is where they're found - many pests that bother plants are found on the leaves or stems, but Springtails tend to hang out in the soil, as this is where their food source is.

Although they're harmless to your plant's wellbeing, if you'd prefer not to have Springtails in the soil, all you need to do is let it dry out a bit. They need moisture in order to survive, so will naturally try to seek out a less dry place to set up home.

Then, just make sure to act preventatively to stop them coming back - check that you're not watering too much, as this in itself is much more harmful to plant health, and only water again when the soil has dried out (depending on each plant's specific needs).