Want to learn more about Overwintering: Place cool and dark

Deciduous plants drop their foliage at the end of the growing season as the days get shorter and the temperature drop. This means they don’t need much light throughout the winter months as long as they’re placed in cooler temperatures during their winter dormancy. This preferred growing space is often a little easier to find compared to plants that need both a bright and cool winter.

You can find information in Planta about what type of overwintering your plant will need— whether that's somewhere bright or dark. This will be in your plant's Plant info tab.

- If you don't have the possibility to keep the plant cool in winter, scroll further down to see what you need to do.

For plants that aren't winter hardy

This includes all your plants that don’t tolerate the temperature outdoors during the winter months, but still need it cooler than regular indoor temperatures. Finding a cooler room that is kept frost free works best for most species but you can double check this under the tab Plant info in Planta. 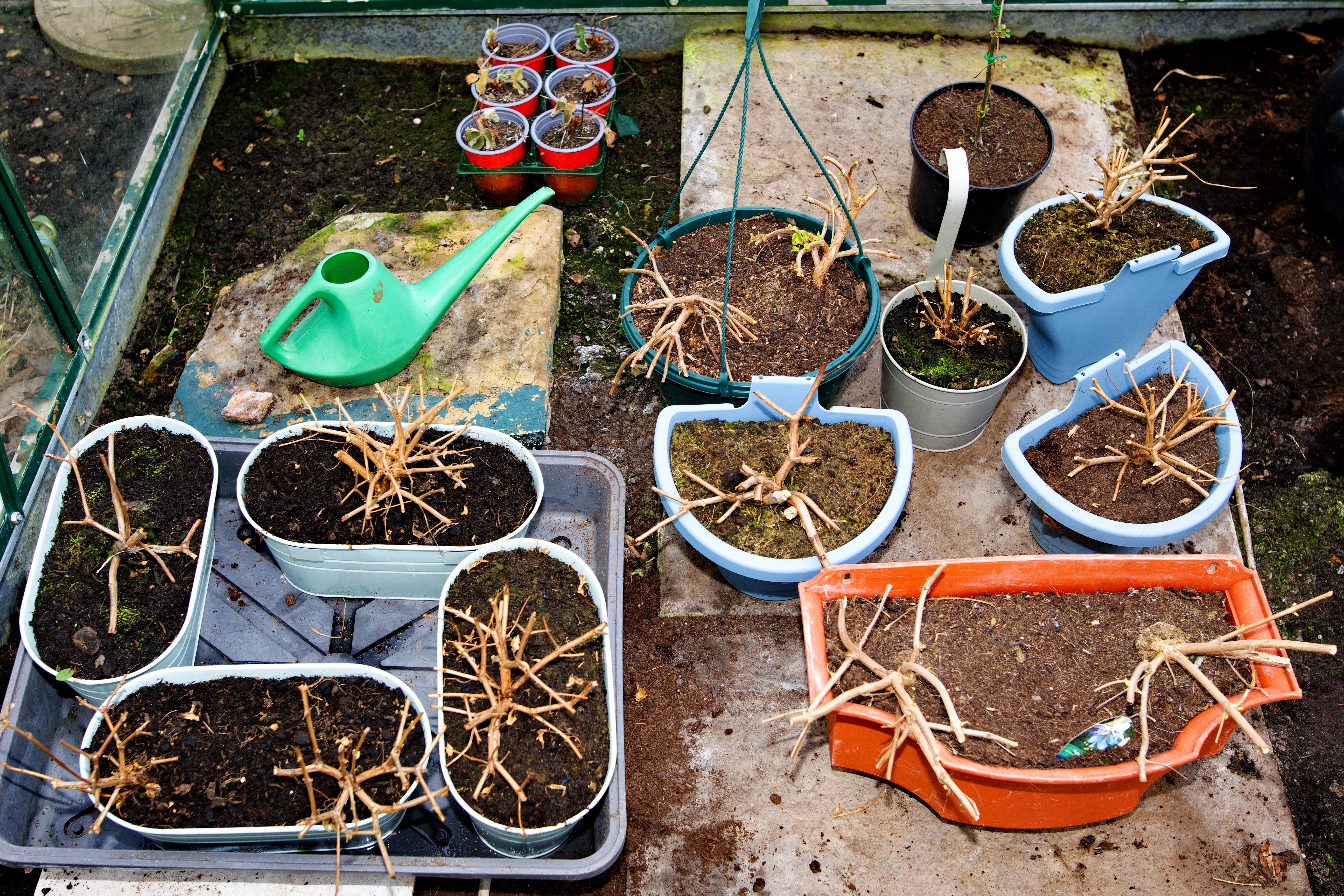 Plants that overwinter as bulbs, corms, rhizomes, tubers or other underground parts of the plant don’t need any light either.

Some plants might start to emerge with weak, pale shoots in the later part of the winter or early spring. This can to some extent be prevented with a low temperature. Many plants tolerate being planted deeper or having the shoots trimmed off before spring.

When it comes to plants that are cold hardy in your area, it’s good to know that these too need some winter protection if grown in a pot. The hardiness for a plant is based on it being grown and established in the ground. Grown in a pot, it’s much more exposed to sudden changes in temperatures as the roots are not as insulated. When the temperatures drop in fall, prepare your plant in any of the following ways:

Another option that is very effective is to dig the whole pot down into a flower bed, the ground or a compost. Rake some leaves up against the base of the plant to insulate extra. This will prevent both severe freezing of the roots, but also keep them from warming up too fast in spring.

What happens if I skip a cool overwintering?

Sometimes you don’t have a choice and can’t overwinter your plants in a cool, frost free environment. If the outdoor climate most likely will kill them, you don’t have any other option than to keep on growing them in a bright spot indoors. Since the schedule in Planta is set for overwintering your plant somewhere cool and dark, we recommend you to set a custom schedule for watering and fertilizing during the winter months.

- Plants that have evolved to go dormant during the colder/darker season of the year can become stressed if not allowed to go dormant. This might make them weaker in the long run.