What are aerial roots?

Simply put, aerial roots are plant roots that grow above the ground. They work a little differently than typical roots, and only certain plant species have them, but it can sometimes affect the way that you should care for those plants.

Some plant types have both 'normal' roots and aerial ones, and others only have aerial roots. These are known as epiphytes (i.e. air plants) and can grow without any soil. In the wild they usually grow attached to a support tree or other plant in a way that does not harm the host plant. So, essentially, aerial roots are used to help anchor the plant as well as to provide a way for the plant to absorb moisture and nutrients from the air.

Examples of some plant types that grow aerial roots include philodendrons, pothos, monstera and rubber trees, among others.

However, note that if you have one of these plants and they don't show any aerial roots then it's nothing to worry about - they don't always grow them and it's not a reflection of your plant's health. In fact, the exact reason as to why aerial roots develop is debated, but it seems to be largely down to the environment your plant is in. If your home is kept warm and humid then aerial roots are possibly more likely to develop. 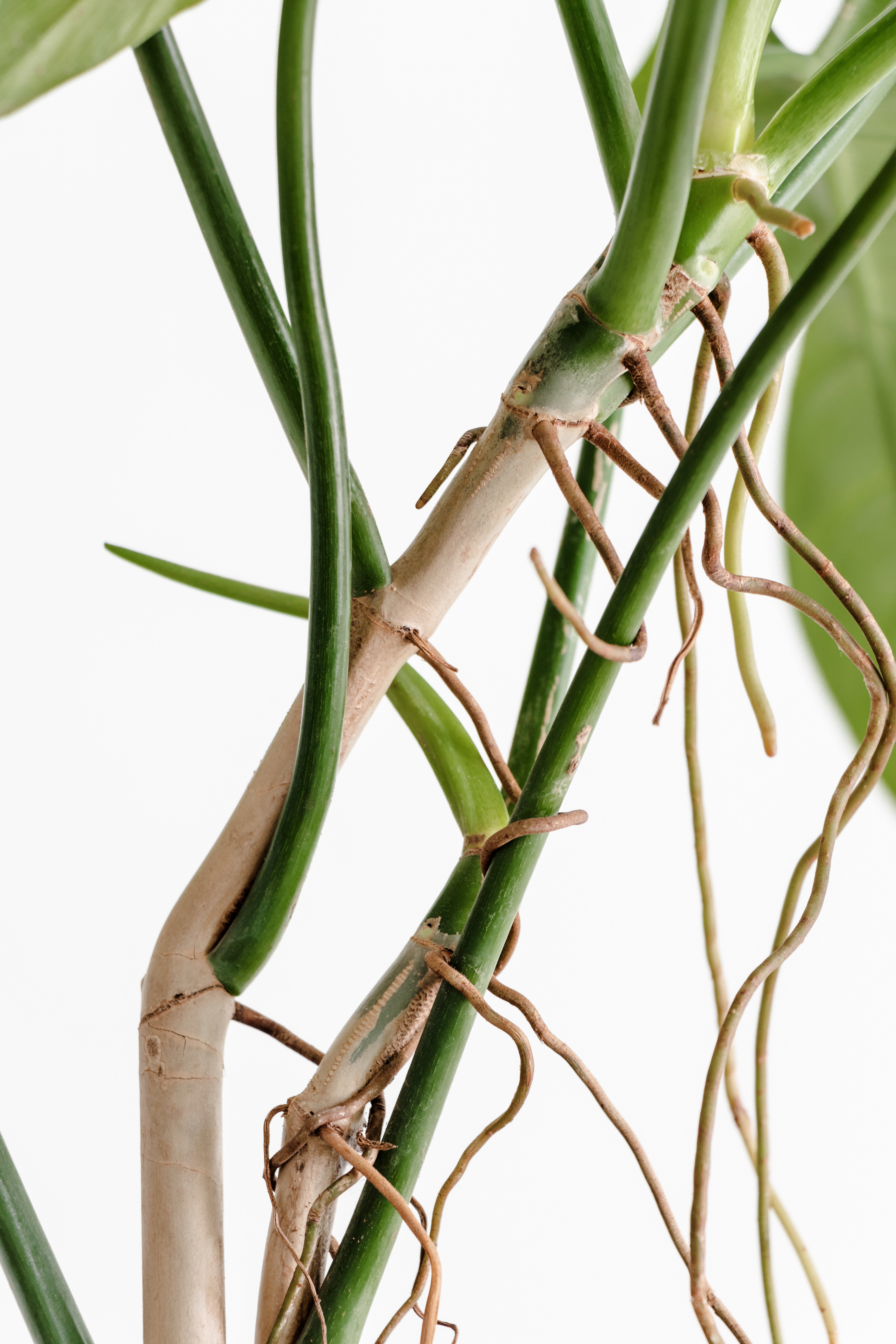 What to do with your aerial roots

You don't have to do anything with aerial roots if you don't want to - you can simply leave them be! But if you're not a fan of the 'growing-out-of-the-pot' look there are a few options for what you can do with the roots.

If possible to do so, you can put them into the soil and they'll continue to act like 'normal' roots, taking up water and nutrients through the ground. If they're at more of an unwieldy stage, you can instead prune them off to help clean up the appearance of your plant. This won't harm the plant as long as you're gentle - use sterilized shears and try to cut as close to the stem as possible.

Alternatively, if you don't want to remove the full root, you can choose to just trim them down a little instead to help neaten up the appearance of your plant - in a similar way to how you might trim overgrowth on a shrub. However, make sure to never cut the aerial roots off an orchid. Orchids are true epiphytes, meaning they rely on these roots in order to survive. It's even theorized that they may be able to assist in the process of photosynthesis, so make sure to leave them be.

The benefits of using moss poles The aerial roots of some plants, such as the Monstera, can be trained to grow and climb along a support structure such as a moss pole or lattice. This can look really striking and help the plant to grow taller and wider without toppling over due to becoming top-heavy / unbalanced. Utilizing a moss pole can also help your plant to more easily access sunlight, which is great if your home is shady or has limited light sources, and will encourage plants to mature faster. One result of this can be that you're rewarded with more fenestration (the splits / holes in the leaves) in e.g. Monsteras. Moss poles are one of the best ways to replicate natural tree trunks in an indoor environment - they're a support covered in sphagnum moss or coco coir which mimics the effect of tree bark and helps provide moisture to your plant. 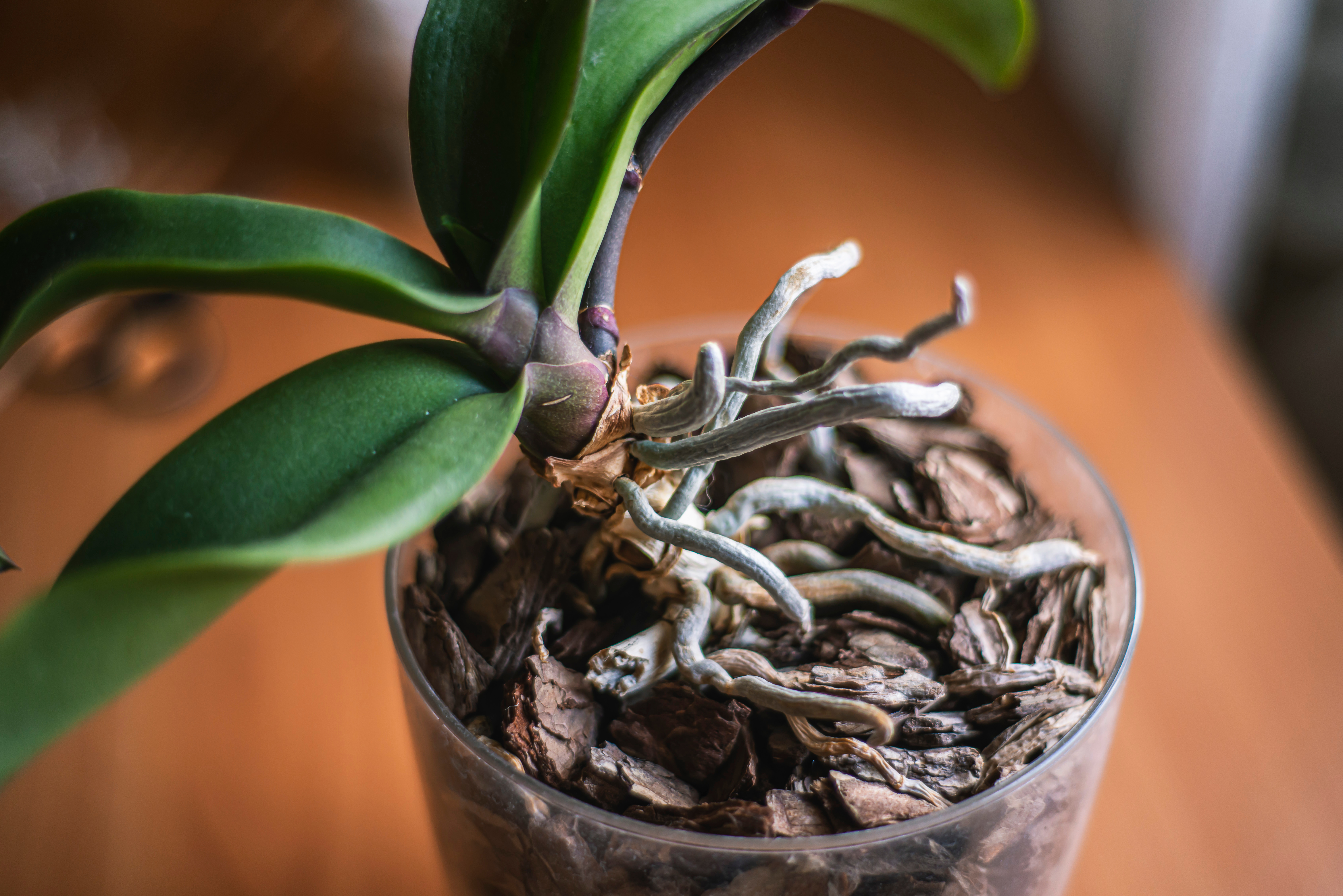 For some plants, aerial roots only tend to develop if they're in need of something. For instance, some Ficus and Kalanchoe plants will grow aerial roots if they're in search of extra water, as these roots can take up moisture from the air (although it should be noted that they are less effective at absorbing moisture in this way than when they are taking it from the soil).

If you notice any other potential signs of underwatering then it may be necessary to adjust your watering schedule. They may also be stretching out in an attempt to find extra light. Sometimes it just happens, though, so if your plant seems to be in good health otherwise then don't worry about the aerial roots.

English Ivy is another common plant that can grow aerial roots, but they look a bit different to other aerial roots - they're small and densely packed, with a surprising strength that allows them to persistently self-cling to materials such as brick walls. These roots can even cause structural damage by prising their way into joints or cracks, which in turn can cause them to widen further. However, this ability makes Ivy the perfect plant to train along a designated climbing structure such as a trellis, as they'll happily cling to an available surface using these aerial roots which grow all along their stems. 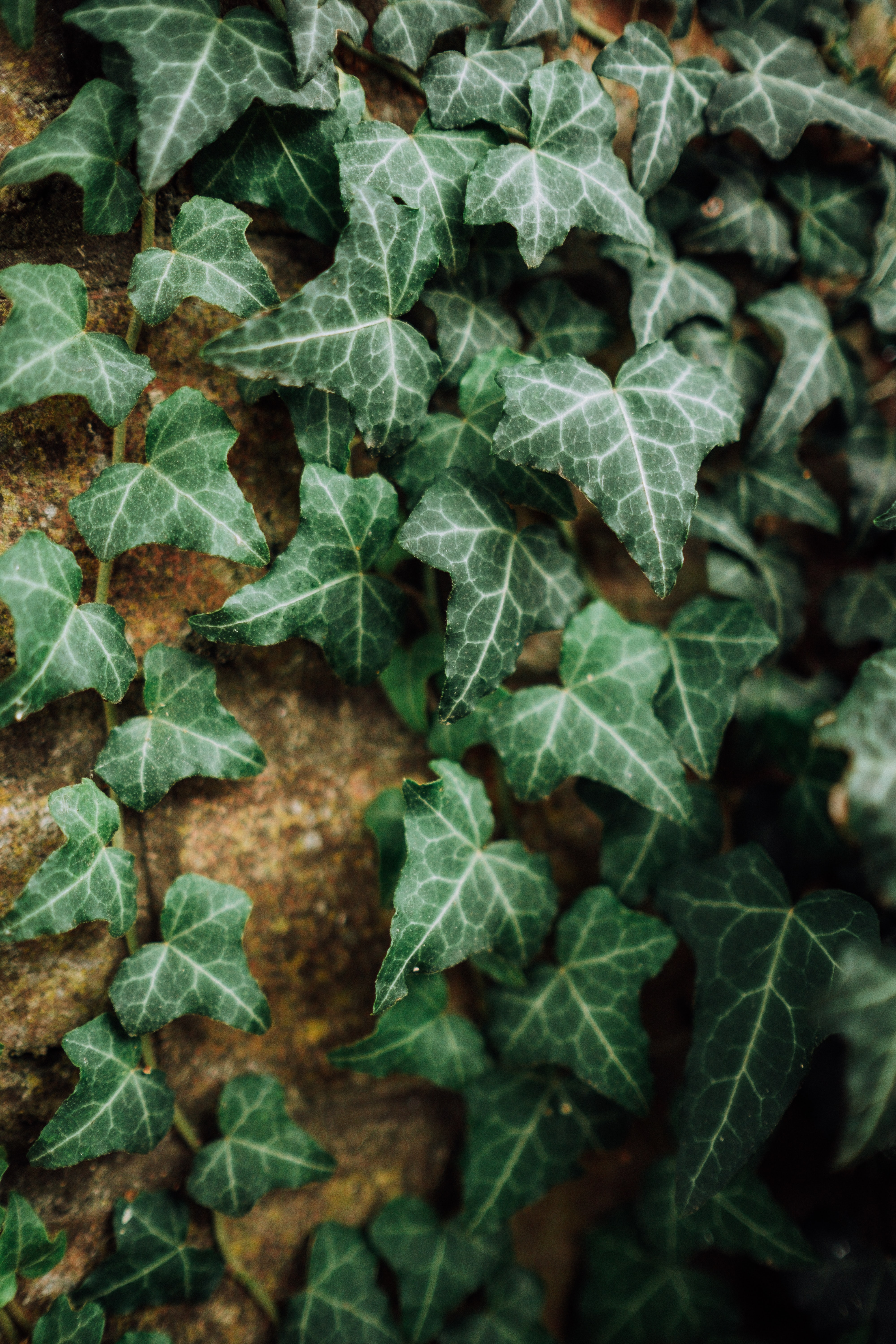